Haskell Island is located off the coast of Harpswell, Maine. It's a small island, and apparently has no full time residents these days, just vacation homes. It looks quite idyllic, but like many quaint New England locales Haskell Island has a strange past.

According to legend, the island was first colonized by the two Haskell brothers, way back in the 1600s. The Hakells were very industrious and transformed the island into an agricultural paradise. They planted an orchard, plowed the land into fertile fields, and fished in Casco Bay. The brothers prospered in their little Eden.

Unfortunately, one day they accidentally brought some rats to the island in their boat while transporting supplies. Haskell Island had everything the rats could want: food, water, places to nest, and no predators. The rats multiplied rapidly and soon threatened the brothers' livelihood.

To stop the rats, the Haskell brothers brought a couple of cats to their island. The brothers didn't provide any food for the cats and expected them to survive by killing rats. The cats met their expectations. They ate rats, and there were so many rats that the cats thrived and multiplied. Soon there were more cats than rats, and eventually there were no rats left at all, just an island full of hungry cats.

The cats roved the island, howling with hunger. They climbed the apple trees, roamed the fields, and paced the shore, looking for something to kill and eat.

The Haskell brothers had to do something about the ravenous felines, but something happened before they could devise a plan: one of them became sick. He fell seriously ill, so his brother took the boat and went to the mainland to get a physician. "Hurry back," the sick brother said weakly as he lay in bed.

Can you see where this is going? An island full of hungry cats, an incapacitated man lying weak and helpless in bed? When the healthy brother returned to the island, he and the physician were horrified by what they found inside the Haskells' house. The sick brother had been ripped to shreds, and the cats were tearing the last morsels of flesh from his body. At last their hunger was sated.

It's a simple little story, but really resonates with me. It appears in Horace Beck's 1957 book The Folklore of Maine. The Maine Encyclopedia says Haskell Island was named for a Captain Haskell who purchased, but never lived on, the island, so I don't think the man-eating cat story is true. Still, it has the power of a good horror movie, and reads like an environmentalist fable. The brothers try to master the island, but end up doomed by their own actions and the invasive species they brought to the island.

It reminds me of "Bart the Mother," a 1998 episode of The Simpsons where Springfield is overrun by ravenous lizards. At first people are happy because the lizards eat all the pigeons, but then realize they'll need to import snakes to eat the lizards, and then gorillas to eat the snakes... 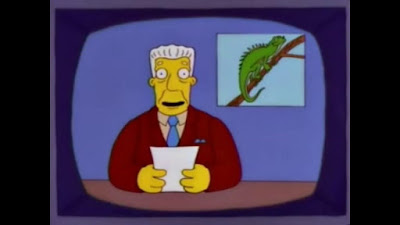 Horace Beck notes that there is a coda to the story. According to some people, the sick brother was not killed by cats, but by pirates. He had seen the pirates burying their treasure on Haskell Island, and they killed him to keep their secret safe. Then they made it look like the cats had done it to deflect attention. I don't find that explanation quite as compelling, though. The story is structured like a version of "I Know an Old Lady Who Swallowed A Spider," and randomly introducing pirates just doesn't make sense.