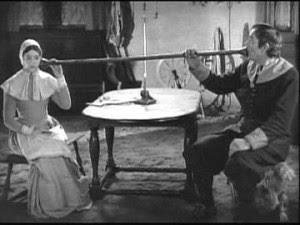 The Pigman of Northfield, Vermont

The place? A high school dance in picturesque Northfield, Vermont.

However, small towns often have weird secrets, and Northfield's most shocking secret came to light that night when a group of students ran into the dance. They looked scared, and some of them were in tears.

They had been drinking beer in a sandpit behind the school, they said, when something strange came out of the woods. It was tall, naked, and covered in white hair. And although it walked on two legs, it had the face of a pig.

Whatever it was, it scared the hell out of the teens - they even abandoned the beer in their panic! Some of the braver students ventured out of the dance to investigate the sandpit. They didn't see the monster, but did find the grass and underbrush had been trampled down. Something had been there. And thus the Pigman appeared in Northfield. 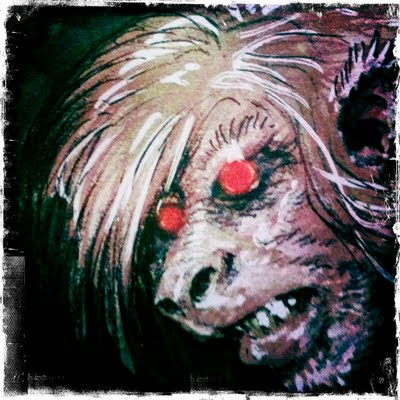 Artist's rendering of the Pigman from Joseph Citro's Weird New England.
After the dance was disrupted, the locals made some strange connections. A farmer said he had seen a hideous naked figure rummaging through his trash a few nights earlier. More eerily, people remembered how a teenage boy disappeared from his family's farm six months ago. At the time authorities thought he had run away, but now people wondered if something more sinister had happened. Could he have been transformed into this strange monster? Or perhaps been eaten by it for dinner? A monster had to eat, and an awful lot of animals had gone missing recently...

The Pigman was seen in Northfield off and on for years, often around an area called the Devil's Washbowl. Motorists saw him run across the road, and teens who went to make out in the Washbowl sometimes had a surprise guest disrupt their romantic interlude.

Although the creature himself was somewhat elusive, physical evidence suggested he was real. A local man named Jeff Hatch and his friends found some caves near the Washbowl filled with animal bones, and found a similar stash of gnawed bones in the town's only pig farm. Strange cloven footprints were also found in the soft ground.

I don't know if we'll ever know who (or what) the Pigman is. The top two theories are that the missing teenage boy somehow devolved and became feral, or that some lonely farmer and a particularly friendly pig ... well, you know what I mean. I don't think genetics work that way, but try telling that to the teens in Northfield, who still get spooked at night when they go drinking out in the woods. 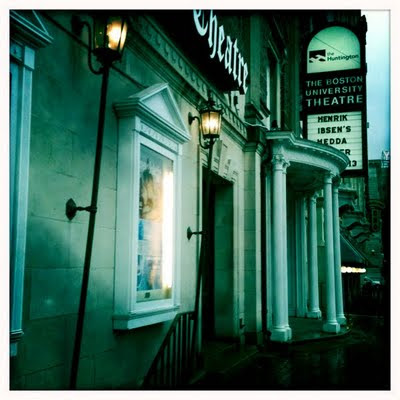 As far as the restless dead go, the Huntington's ghosts seem like a harmless bunch. Don't let them stop you from buying a ticket! It seems like they're as devoted to the stage as their living counterparts are.
2 comments: