I'm sitting here at my computer during Tropical Storm Irene. The weather's not as bad as some forecasters thought, but it's certainly not great. Pieces of my neighbor's roof blew into our driveway, and there are some random pieces of debris up and down the street.

In honor of Irene, here's some weather folklore from Maine. It's good for any time of year, not just hurricane season!


I hope the rooster got paid extra for his weather predictions, because it sounds like people depended on him in pre-Internet days. Here's another rooster forecast:

If a rooster crows before going to bed
He will rise with a wet head.

The rooster doesn't have a monopoly in the bird world, though. Robins calling to each other, and loons crying are also signs of rain.

Animals other than birds can predict the weather as well. Want to know if a windstorm is coming? Check to see if your local spider is adding extra strands to his web, if the sea gulls have flown inland, or (if you're at sea) dolphins are playing around your ship.

Here's my favorite weather rhyme from Maine. Short and sweet, and a little spicey.

Sun sets Friday clear as a bell
Rain on Monday sure as hell.


This weather folklore is courtesy of Horace Beck's The Foklore of Maine.

The Boogeyman of Beverly 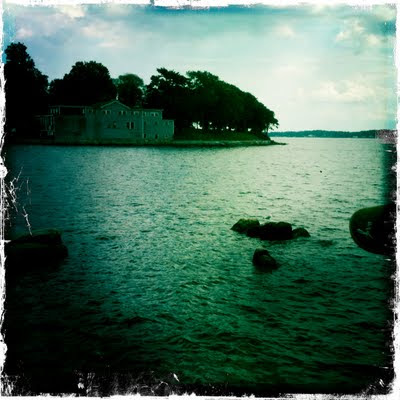 I like to think I'm too old to believe in the boogeyman. I'm assuming most of my readers feel the same way.

In the 1970s, a family bought an old decrepit mansion near the harbor in Beverly, Massachusetts. I'm sure they didn't believe in the boogeyman either - at least until they moved in.

Almost immediately upon moving in the family experienced some strange things. For example, the door that led from the house's kitchen into the backyard was found open every morning, even when it had been locked the night before. Items in the kitchen and pantry were often rearranged, and the kitchen table moved.

Suspecting local pranksters, the family's father tried to fix the situation by installing a new double lock on the door. I didn't work - the door was still found wide open each morning. Adding to the general creepiness, the family often felt like they were being watched while in the kitchen, and their dog refused to enter the room late at night.

One afternoon Steve, one of the family's sons, heard his mother yell, "Steve, stay out of your father's office!" Steve came out of the living room, and his mother looked shocked. They were both on the first floor; his father's office was on the second floor. But if if wasn't Steve, who was in the office? No one else was home.

As they started to call the police, they saw through the window a shadowy figure jump from the office's second floor balcony. The police came to investigate but no signs of an intruder were found.

That summer, most of the family retreated to their New Hampshire vacation house, but Steve, who worked as a lifeguard in Beverly, stayed behind. He slept with an antique WWII pistol on his nightstand, wrapped in a piece of old rabbit fur for protection.

One night, Steve awoke abruptly at 3:00 am. There was someone in his bedroom, and they were laughing maniacally at the foot of his bed. The room was pitch black. Terrified, Steve rolled onto the floor and reached for the gun.

He was surprised to find the items on the nightstand had been rearranged. The lamp and clock had been moved around, and the pistol was no longer wrapped in fur.

Still, Steve was able to find the pistol and he shouted at the intruder, telling him (it?) to leave or get shot. There was no answer. Steve finally got up enough nerves to run out of the room and out into the backyard. He got into his car and drove off, and kept driving until the sun came up.

When he went back home, he noticed something on the kitchen table.

...placed on the kitchen table, folded like a fancy napkin was the rabbit fur that had been on my bedroom nightstand.


Steve immediately got back in his car and drove to New Hampshire. He spent the rest of the summer at the vacation home, and then went off to college. The family sold the house a few weeks later.

That's the story as it appears in Robert Ellis Cahill's New England's Things That Go Bump in the Night. Cahill was a retired Salem sheriff, and published about a dozen small booklets of New England folklore and ghost stories. They're hard to find these days, but if you locate one buy it. You won't be sorry.

Cahill titled the chapter about the boogeyman, "The Boogeyman of Beggerly", using an old derogatory name for Beverly. Hey, it sounds better with boogeyman, so why not?

I was recently up in Beverly to see my college friend Lori, and we thought we'd try to find the house. I can't be 100% sure, but I think we found it.

And you know what? It really does look haunted. 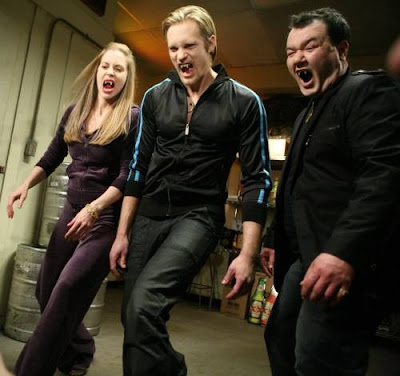 I just spent some time on Cape Cod, and came back curious about the cod and codfish folklore.

Cape Cod got its name back in 1602 when the English explorer Bartholomew Gosnold noticed lots of cod in the water near a large sandy peninsula. Voila! Cape Cod. He also saw lots of herring and mackerels, so Massachusetts could have wound up with a Cape Herring or Cape Mackerel. I guess Gosnold like the alliterative sound of Cape Cod instead.

Most people in Massachusetts know that a wooden cod hangs in the state's House of Representatives chamber on Beacon Hill. It's called the Sacred Cod, and is perhaps the only sacred thing in the State House. The Sacred Cod has hung in the State House since the 18th century, and symbolizes the important role this once plentiful fish used to play in the local economy.

In The Yankee Cook Book (1939), Imogene Wolcott relates another story about why the cod is sacred.

She claims that when Jesus performed the miracle of the loaves and fishes to feed the multitudes, he did so using a codfish. The light colored markings found on the cod today are the impressions left by Jesus's fingers and thumb.

Of course, Satan was hanging out nearby, and when he saw Jesus perform the miracle he laughed evilly. "Ha!", he said. "You think you're so great? I can do the same thing."

Satan reached into the sea and grabbed a haddock. The fish wriggled free of Satan's hellishly hot hands, but not without damage. The black stripes found on the side of haddock today are actually burn marks caused by Satan's fingers so long ago. 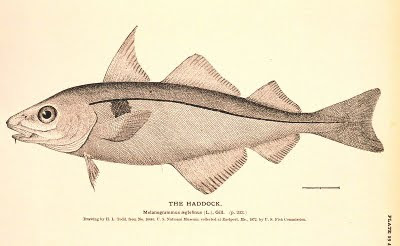 Note the black stripe caused by the touch of Satan!


Cod prefer deep cold water, and are found in the Atlantic and Pacific oceans. I don't think they're found in the Sea of Galilee, so this story is probably not gospel truth. If you want to avoid the theological dilemma caused by having to choose cod or haddock for dinner, just go vegetarian!