A Scary Place with A Silly Name

If you knew a place haunted by supernatural terror, you'd probably give it a scary name. Think of some of the well-known scary New England place names: Purgatory Chasm, Dungeon Rock or Misery Island. You'd want a demonic ghost-haunted locale to have a name like that, wouldn't you?.

Unless, of course, you were from Medway, Massachusetts. The townspeople there knew a place where Satan would gather with his witches, but they gave it a very unscary name: Dinglehole. It sounds like an insult from a second grader!

Dinglehole, which was a large swampy depression filled with fetid water of an unknown depth, was feared for three reasons:

1. A ghostly bell could be heard ringing on dark nights and misty evenings. Locals called it the "spirit bell", and the dingling of the bell gave the hole its name. (I guess the word "dingle" has gone out of fashion. Contemporary people would probably name it Jinglehole, which doesn't sound much better.)

2. A headless ghost haunted Dinglehole, and would lead unwary travelers astray with strange glowing lights. Locals claimed saying a prayer would banish the ghost, his lights and the bell, but only temporarily.

3. Even worse than a headless ghost, the Devil and his local witches met by night at Dinglehole near a large twisted pine tree. The witches came not in human form, but as weasels, raccoons and "other little odiferous animals."

A skeptic might say "Of course you'll find weasels and raccoons in the woods. How did people know they were witches?" Well, Mr. Smarty-Pants (to use another second grade insult), because they were invulnerable to normal weapons, as the following Dinglehole story illustrates.

One evening, a Medway hunter was making his way home when he noticed a large raccoon watching him from a tree. Unable to resist such an easy target, the hunter shot the raccoon and hit it squarely in the chest. Nothing happened to the raccoon. It sat there unharmed, but perhaps with a slight smirk on its face. The hunter fired several more shots, each time hitting the raccoon, which continued to ignore the bullets.

Finally, it dawned on the hunter that this was no ordinary animal. He plucked a branch from a nearby witch hazel shrub, a plant known for its magical powers, and fired it from his rifle like a small harpoon. It hit the raccoon, which vanished. Several days later, the hunter learned that Murky Mullen, a local woman suspected of witchcraft, had an unexplained injury on her face. Clearly, she (or her spirit) had been wandering the woods in the shape of a raccoon.

The accounts of the Dinglehole horrors come from Ephraim Orcutt Jameson and George James La Croix's The History of Medway, Mass. 1713-1885 (1886). Dinglehole is now located somewhere in Millis, though, which separated from Medway in the late 1800s. The Federal Writers' Project book Massachusetts: A Guide to Its Places and People (1937) claims Dinglehole is located somewhere north of Union Street, but has been filled in. Perhaps it should be renamed Dinglefield? Does that sound scarier?
16 comments: 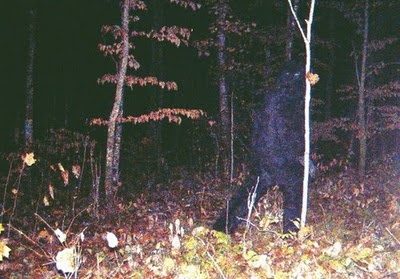 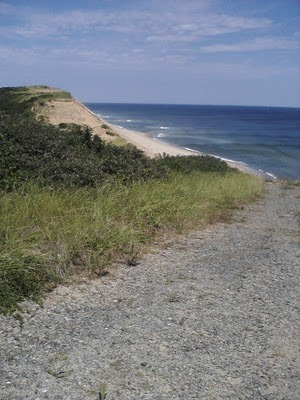 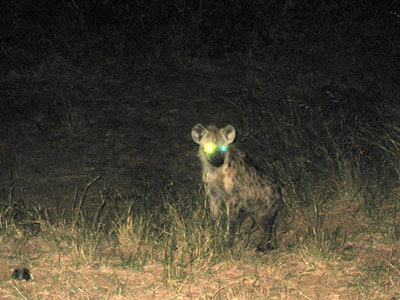 Was this mysterious animal really a hyena? People who glimpsed it thought it resembled one, but had they ever seen a live hyena or even a photo? Perhaps the whole affair was just hysteria. The only written record of the Wellfleet hyena is The Hyena Hunt, an 1869 poem by local physician Thomas Stone. Stone writes about the hyena hunt mockingly in faux epic language, so clearly he thought the whole thing was some kind of joke.

I'm tempted to say the creature was really just a coyote, which are now as common on the Cape as ticks. But sometimes strange animals show up in places where they're not supposed to. For example, there are plenty of people in Massachusetts who swear they've seen large cats (cougar sized!) on Cape Ann and in the Hockomock Swamp in the southeastern part of the state. In fact, according to Loren Coleman's book Mysterious America, in 1972 the Rehoboth police organized a lion hunt to catch a large animal terrorizing their town. But although tracks were found, the lion eluded the police. It's like the Wellfleet hyena hunt all over again.
Was the Wellfleet creature just a coyote? Was it really a hyena that somehow escaped from a zoo? Was it a mountain lion? Maybe, but maybe it was something conjured up in the empty spaces from the wind, the water and the woods. 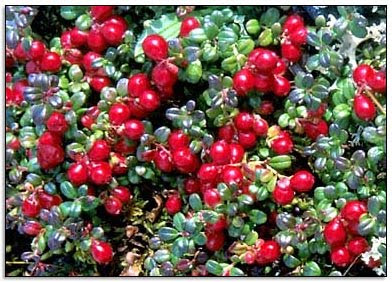 The Boston Globe ran an article this week about a worldwide cranberry surplus. Farmers are growing more berries than in the past, and prices are dropping! To help increase global demand, the Cranberry Marketing Committee has been touting the alleged anitbacterial and antiaging powers of this tart little berry.

Cranberries are indigenous to New England, and their health benefits been speculated about for centuries. For example, I recently purchased a copy of the Lydia Marie Child's 1828 book, The American Frugal Housewife, which contains home remedies as well as recipes and household tips. Are you suffering from a corn on your foot? Use a cranberry, Mrs. Child says!

A corn may be extracted from the foot by binding on half a raw cranberry, with the cut side of the fruit upon the foot. I have a known a very old and troublesome corn drawn out in this way, in the course of a few nights.

I suppose I can see how this might work. Cranberries are acidic, so maybe the acid helps to dissolve the corn? However, I don't think this next cure would work at all.

The Indians have great belief in the efficacy of poultices of stewed cranberrries, for the the relief of cancers. They apply them fresh and warm every ten or fifteen minutes, night and day. Whether this will effect a cure I know not; I simply know that the Indians strongly recommend it.

OK, not even the Cranberry Marketing Committee would say that's an effective cure for cancer. Part of me wants to laugh at how quaint this cure is, but it also makes me realize how primitive medicine was in the early 19th century. There was no chemo, radiation or surgery available for cancer, so why not apply a poultice of cranberries? It probably couldn't hurt, and there weren't any other effective options.

Although Mrs. Child's medical knowledge seems simple by today's standards, she was quite progressive for her day. Born in Medford, Massachusetts in 1802, she wrote a scandalous novel about a white woman who marries an Indian (Hobomok), was an advocate for women's rights and the abolition of slavery, and published the first monthly American magazine for children. She also wrote the Thanksgiving poem Over the River and Through the Woods, for which she is perhaps most famous.
1 comment: