In our current era, pranks are usually played on April Fool's Day and on Halloween. But in the 19th century, the Fourth of July was also an occasion for youngsters to cause mischief.

In his 1932 book Black Tavern Tales, Stories of Old New England, Charles Goodell describes what life was like in Dudley, Massachusetts in the 19th century. Boy, the kids really got into a lot of trouble! 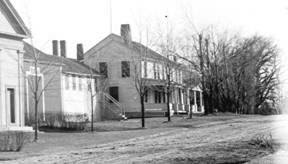 The Black Tavern in Dudley.
Dudley's town common featured a historic Revolutionary War cannon, and on the Fourth of July the local boys would fill it with paper, grass and wet rags. Oh, and lots of gunpowder. They'd heat up a scythe blade, stick it in the cannon, and then run for cover as the gunpowder ignited. It all sounds like fun and games, but Goodell relates than one year a friend was hit in the face by the exploding cannon. His eyebrows were burned off, gun powder was embedded in his skin, and he was temporarily blinded. Luckily he recovered his sight, but the powder marks never left his face.

Other pranks were less life-threatening. The boys would ring the church bell at midnight to signal the beginning of Independence Day, and then run around down in the darkness taking gates off their hinges. The gates would be hidden in bushes or tall grass. Annoying, but at least no one was blinded.

Frightening horses by tossing lighted firecrackers near them was considered legitimate sport. If your horse bolted in consequence of a firecracker exploding under its feet, you got little sympathy. You should have known better than to take your horse out on the Fourth. So most people stayed home and ate watermelon and ice cream...

So I guess despite all the noise and mischief, at least most horses in Dudley had the day off.

If you want to read about an even more raucous celebration, check out my post about Independence Day celebrations in Haverhill, Massachusetts.

Have a good Fourth, and don't do anything to scare the horses!
1 comment: 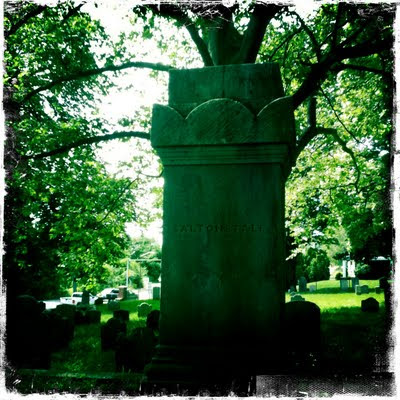 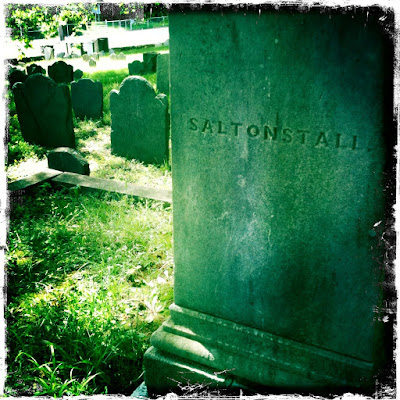 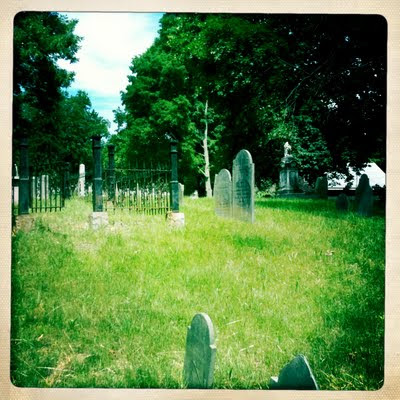 I got most of this information from Marion Starkey's The Devil in Massachusetts, plus several genealogical sources on Google books.
3 comments:

Image taken from this site.

The Boston LGBT Pride Parade will happen this Saturday. Floats with house music and gyrating go-go boys will thunder through the city's most historic districts, undoubtedly causing the Puritans to roll over in their graves at King's Chapel and Old Granary Burying Ground.

What would the Puritans have thought of a gay pride parade? They would have disapproved, but allegedly they also would have been puzzled by the concept of "gay" people. According to historians and social theorists, Puritan culture didn't recognize people had different sexual orientations, but simply thought people performed different sexual acts. Sex was something you did, not something you were.

So technically there were no gay Puritans, just Puritans who sometimes sinfully and illegally had sex with people of the same gender. Sometimes over and over, and again and again. In fact, there were so many repeat offenders the Puritans should be embarrassed they didn't invent the concept of gayness! It was right there under their noses.

For example, take the case of Thomas Roberts, who lived in Plymouth Colony in the early 1600s. In 1636 he and a neighbor named John Allexander were found guilty of "lude behavior and uncleane carriage one with another." In 1637, Roberts was found guilty of "disorderly living" with Abraham Pottle, Walter Duell, and Webb Adey. And in 1641, Roberts was ordered to stop living with a man named George Morrey.

It sounds to me like Thomas Roberts was gay - and very popular.

Here's another example. Michael Wigglesworth (1631-1705), a Malden minister and author of a popular and cheery-sounding poem titled The Day of Doom, used a secret code to write in his diary about the lust he felt for his male divinity students. For example, on July 4, 1653 he wrote of

"Such filthy lust also flowing from my fond affection to my pupils whiles in their presence."

On his physician's advice he married, hoping to cure the unwanted feelings, but consummating the relationship with his wife didn't work. Instead, he wrote,

"I feel stirrings and strongly of my former distemper even after the use of marriage the next day which makes me exceeding afraid."

I guess closeted gay clergymen have a very long history in this country. I just wish I could travel back in time and introduce the concept of sexual orientation to Rev. Wigglesworth. It might have cleared things up for him.

Looking back, I think it's pretty clear that some of this country's earliest English settlers were indeed gay, even if their culture didn't have that word. I bet this Saturday when the Pride Parade goes past those old cemeteries some of the Puritans buried there will be happy to watch!

I got this information mostly from the Boston History Project's Improper Bostonians. Lesbian and Gay History from the Puritans to Playland. The History Project is supposed to have a booth on City Hall Plaza after the Pride Parade, and I'm sure they can tell you more about this subject.
2 comments:

My last post was about courting tubes, which unwed couples used to communicate with each other while in the same room as their families. The New England Puritans wanted young couples to be compatible before they got married - but didn't want them to have sex.

These two somewhat contradictory cultural impulses culminated in a practice known as bundling.

Courting tubes are kind of cute, like kids using cans on a string to play telephone, but bundling is just bizarre to me! It originated among the Puritans, and seems to have continued in parts of New England until the early 19th century. I believe it may still happen among the Amish in Pennsylvania.

What was bundling? Well, if a young couple was getting along well and marriage seemed likely, their families encouraged them to spend a night together in the same bed. So far, so good. I think many modern Americans would agree sleeping together can determine compatibility.

But would we agree it should be done while tied up in giant sacks? Probably not.

To prevent the young lovers from actually making love, their families would tie them up in large cloth bags before putting them in bed. Only their heads would be outside the sacks, so they could talk with each other.

To further prevent physical contact, sometimes a board would be placed between the man and woman. Some beds were even built with grooves in their headboards to accommodate a bundling board. There must have been a lot of bundling going on if special beds were being made!

Strangely, despite all their precautions, the New England Puritans and their descendants still experienced a high rate of pre-marital births. Researchers have found that while less than 10% of New England brides were pregnant at their wedding in the 17th century, this number climbed to a whopping 40% in the 18th century.

Were the sacks tied too loosely? Did the boards have holes in them? Possibly, but I think it also could be that the definition of bundling was pretty flexible.

It appears that strict families used boards and sacks, but some families didn't use either. They would simply allow the youngsters to lie together in bed with their clothes on. And it's pretty easy for clothes to come off…

Dana Doten's 1938 book The Art of Bundling contains this little story, which first appeared in the 1796 Vermont Almanac. I think it sums up the whole situation nicely.

An Indian warrior who supported the American troops in the Revolution was staying at a large house in Cambridge, Massachusetts. One night he went upstairs and came upon the young lady of the house bundling with her beau.

In embarrassment the Indian tried to leave the room, but the beau asked him to stay. "We're not behaving inappropriately", he said. "It is just as easy for us to be good here as anyplace else!"

"Yes", said the Indian, "but it is much easier to be wicked."

A couple of this blog's readers commented and emailed me about bundling after my last post - great minds think alike!
3 comments: