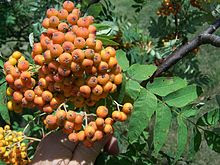 I don't know what most of those ailments are, but apparently they were quite Common in Colonial New England, because Dr. Calcott traveled through the region for the next four years, advertising his "Art of Curing" in all the local newspapers.

Although there were plenty of local physicians in the area in the 1700s, Dr. Calcott was part of a wave of itinerant doctors and healers who appeared in New England at this time. Most were men and came from Europe, although one Native American woman traveled through Essex County claiming to cure cancer through herbal treatments. Like Dr. Calcott, most also advertised through newspaper ads, but some relied just on local word of mouth.

These traveling healers were denounced by the more established doctors and often advocated highly unorthodox treatments. In addition to herbal treatments and elixirs, electrical devices were frequently used, often in front of a paying audience. These electrical demonstrations were part medicine and part entertainment.

Dr. Calcott didn't perform in front of an audience, but he did use a particularly strange technique. Here is an account of how he cured six year old Elizur Belden of blindness:

"Mrs. Belden holding the Child in his Lap, Dr. Calcott ... Licked the eyes, first putting his Tongue into one Eye and then into the other Eye of the Child - it was soon done, - and instantly the Child saw, and ever after continued to see well."


That account was written by Ezra Stiles, the President of Yale, after talking with Elizur Belden's parents many years after the cure. The testimony is reliable. The licking seemed to be effective, but why?

The licking was also probably considered effective because spit was known to be a fluid highly charged with personal power. The average person's spit was often used in simple folk magic, but as the seventh son of a seventh son Dr. Calcott's saliva was obviously quite powerful. Jesus spit in a blind man's ear to make him hear; Dr. Calcott licked a blind boy's eyes to make him see.

Unfortunately the old adage "Physician, heal thyself" seems to apply to Dr. Calcott. Despite, or perhaps because of, his amazing powers Calcott was an alcoholic. Once, in Middletown, Connecticut, the good doctor was so drunk that two young boys were able to tar and feather him. He was last seen practicing his medical magic in 1773 in Portsmouth, New Hampshire before disappearing from the historical record.

I found this information in Peter Benes's article "Itinerant Physicians, Healers, and Surgeon-Dentists" in Medicine and Healing. Volume 15 of the Proceedings of the Dublin Seminar for New England Folklife.
1 comment: 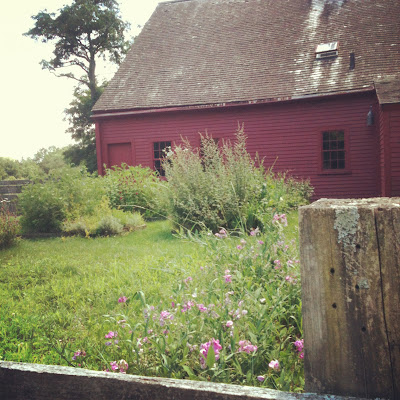 Healing the Weapon and the Wound


If you were cut by a sword in 17th century New England, either a family member or a village healer would take care of the wound. They'd clean it with water, bandage it, and possibly smear it with a salve containing herbs and animal fat.

If you were lucky, a highly skilled doctor (like John Winthrop Jr.) would also apply a salve to the weapon that injured you. Putting the salve on the sword would magically heal the wound it made on you.

This seems a little implausible to a modern New Englander, but the so-called weapon salve was grounded in a widely held view of the universe. This worldview claimed that if everything in the universe is connected, then the sword that cut you had a particularly strong connection to you. The weapon salve takes advantage of this connection to heal you at a distance.

This blog has a recipe for a weapon salve from the 16th century text Archidoxis Magia. Ingredients include human fat, moss that has grown upon a human skull, rose oil, linseed oil, and human blood. The ointment should sit for a while after it has been mixed. When someone is wounded, the doctor should dip a stick in their blood and then insert the stick into the ointment. The ointment is now ready for use.

Doctors in Europe and New England debated the efficacy of the weapon salve. Some claimed it didn't work, but those who claimed it did had a variety of reasons as to why. Some claimed it worked through magnetism, while others claimed it was the harmony between the macrocosm and the microcosm. Some thought it was just the work of Satan.

I learned about the weapon salve a while ago and thought it was just another piece of folk magic that had long since disappeared. But I was wrong! The practice, or one very similar to it, survived until at least the 1980s in parts of Vermont.

Jane C. Beck, director of the Vermont Folklife Center, has interviewed many Vermonters about their traditional medicine practices. She collected the following piece of lore from a woman in Hyde Park, Vermont:

Similarly, it was believed that a nail that had been withdrawn from the foot, must be treated as well as the puncture wound itself. While salt pork was applied to the wound, the nail was carefully greased, wrapped up, and put into the warming closet where it would stay an even temperature. Today these supplementary measures are considered in holistic terms - treating the psychological mind as well as the body.


Although no skull-growing moss is involved, the theory is the same. Treating the item that injured you will cure your wound. I have no clue how the weapon salve evolved into this folk magic about the nail, but I think the continuity over 300 years of history is amazing.

I got the information about the weapon salve from Walter W. Woodward's Prospero's America: John Winthrop, Jr., Alchemy, and the Creation of New England Culture, 1606 - 1676 (pages 195 - 196). Jane Beck's article "Traditional Folk Medicine in Vermont" appears in Medicine and Healing. Volume 15 of the Proceedings of the Dublin Seminar for New England Folklife.