Good News for the Mohegans


This isn't really folklore, but the Mohegans in Connecticut have reclaimed and blessed their royal burial ground located in Norwich, Connecticut.

Apparently, a Masonic temple was built on the site in the 1920's, although the tribe had been fighting to regain control of the burial ground even before then. Indian Country has a full article here:

A Masonic temple built on an Indian burial ground sounds like the premise for a horror movie, a cross between the Da Vinci Code and Poltergeist. Let's face it, though, the massacre and decimation of the native peoples of America was more horrifying than anything that Hollywood has churned out.

This is good news for the Mohegans and everyone who lives in New England, and it's exciting to hear they used the Mohegan language during the ceremony.
1 comment: 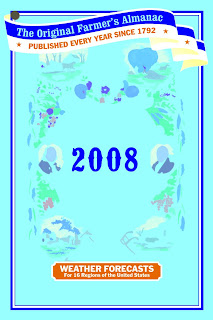 I love the Old Farmer's Almananc! It's full of great information about celestial phenomena, sunrises, full moons, etc. For example, did you know our next full moon on September 15th is called the Harvest Moon? If you didn't, you do now.
The 2009 Farmer's Almanac claims that winter 2009 will be a cold one, according to this article in the Boston Globe:
http://www.boston.com/news/local/articles/2008/08/25/farmers_almanac_predicts_colder_than_average_winter/
The editors of the almanac claim an 80 - 85% accuracy rate for their predictions. Their Web site is at: http://www.almanac.com/
1 comment:

I vacationed in Truro last week, and decided to visit Highland Light, a historic lighthouse on a cliff overlooking the Atlantic. Nearby is the Jenny Lind Tower, which some people claim is haunted.

Jenny Lind was a famous opera singer in the 19th century. Her 1850 performance at the Boston Opera House was oversold by PT Barnum, and people who couldn't fit into the auditorium began a riot. To soothe them, Lind performed for the mob in the street from a nearby tower. Voila! Riot averted.

In 1927, a local businessman moved the tower from Boston to Truro. According to Thomas D'Agostino's Haunted Massachusetts, the tower is haunted by Jenny Lind's ghost - and she disapproves of modern music.

I visited Highland Light on a sunny, breezy morning. Nothing spooky was going on, but the setting and view are very dramatic. I couldn't get up into the tower because it was filled with other tourists, but I did stop by the Truro Historical Society's museum, which is adjacent to the lighthouse in an old hotel. I could see the Jenny Lind Tower in the distance (near a radar dome), but had no clue how to get there. Perhaps the museum could give me some more information?

I enjoyed visiting the museum, which features local artists, historic artifacts (Algonquian arrowheads, midden heaps, harpoons, etc.), numerous hotel rooms decorated in period style, and the Shipwreck Room, which would make a great name for a bar. There were some photos of Jenny Lind and her eponymous tower on the stairs.

After touring the museum, I asked the volunteers manning the desk if there was any way to get to the Jenny Lind Tower.

"I went there once on a tour," one staffer offered, "but it's on government land. There aren't any roads leading to it. You can't climb it anyway."

Another staffer said, "Well, you can go there if you want, if you don't mind getting covered with ticks."

I do mind getting covered in ticks. My fear of Lyme Disease outweighed my curiosity about Jenny Lind's possible ghost.

Even though I didn't get to see the tower, the trip was still fruitful. Highland Light is worth visiting, the museum was interesting, and I bought a copy of John Josselyn's New-Englands Rarities Discovered in the gift shop. It's a great source of early New England folklore first published in 1672. I'll share some of it's more interesting highlights in the future.