In the 18th century Boston had several newspapers, which were delivered to people's homes by young men who were generally from the lower class. Although Christmas was not widely celebrated in New England at this time, the newspaper boys still relied on ancient traditions of Yuletide charity to get tips from their customers.

Many newspapers provided pre-printed fliers that their newsboys could give to their customers as a reminder about Christmas tips. Here is one example the Boston Evening Post gave out in 1764:

The Boy who Weekly Pads the Streets,
With all the freshest News he meets,
His Mistress and Masters greets.

Christmas and New-Year, Days of Joy,
The Harvest of your Carrier Boy,
He hopes you'll not his Hopes destroy...

That his generous Patrons may inspire,
By filling up his Pockets higher!

Boys who delivered the Massachusetts Spy, another Boston paper, asked this from their customers in 1771:

Kind Sirs! Your gen'rous bounty show
Few shillings on your Lad bestow,
Which will reward his pain,
Who piercing Winter's cold endures,
And to your hands the SPY secures,
And still his task maintains.

Not many people get newspapers delivered these days, but be sure to tip your postman or other service person in your life. Keep up the ancient tradition and have a great Christmas!

(All this information is from Stephen Nissenbaum's excellent book The Battle for Christmas.)
1 comment:

Chester Greenwood was born in 1858 in Farmington, Maine. An ambitious young lad, when he was 12 years old he dropped out of grammar school to sell eggs from his parents' farm. Rain or shine, summer or winter, he walked about eight miles a day selling eggs.

Chester didn't like how cold his ears got as he walked his route in the winter, so he showed a little Yankee ingenuity. Rather than wrap his head in a scarf like most people did, he created two wire loops that fit over his ears and covered them with beaver fur and velvet.

He called his invention the ear muffler.

At first people laughed at Chester, but they soon saw the value in this new fashion accessory, and he began selling ear mufflers to his Farmington neighbors.

In 1877, the U.S. government issued Chester patent number 188,292 for his invention. Shortly afterward he opened factories in West Farmington and Farmington Village. By 1883 Chester's company was making 30,000 pairs of ear mufflers a year. By 1936, one year before his death, that number had increased to an astounding 400,000. 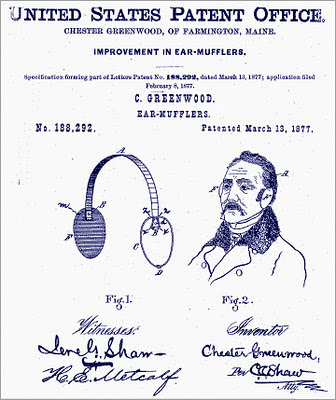 Chester Greenwood Day shall commemorate and honor Chester Greenwod, whose inventive genius and native ability, which contributed much to the enjoyment of Maine's winter season, marked him as one of Maine's outstanding citizens.

The people of Farmington still celebrate their native son's legacy, but on the first Saturday of December every year. Chester Greenwood Day 2011 took place on December 3. It featured a parade, horse and buggy rides and, of course, an earmuff fashion show.

I found this information about Chester Greenwood in Amy Whorf McGuiggan's Christmas in New England.
1 comment: 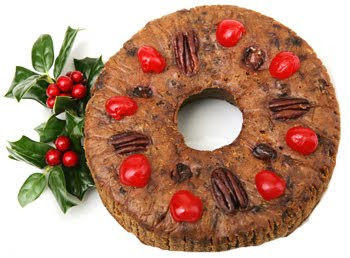