Good News! Puritans Less Likely to Have Sex with Devil

Here's some good news. According to historian Richard Godbeer, only five accused New England witches reported having sex with the Devil! Well, I guess it's bad news if you're the Devil...

Even five may seem like a lot, but not when you compare the New England numbers with reports of Devil-sex from European witchcraft trials. As Godbeer points out in his article "Witchcraft and Sex in Early Modern Culture", the Europe witches' sabbath allegedly consisted of eating, drinking and orgiastic sex. Satan presided, and took part in all of the action.

By contrast, in New England the supposed witch gatherings were relatively sedate. Satan appeared dressed like a Puritan minister, waved around a book, and talked about his demonic plans. The witches just stood around and listened. Basically, it was a demonic parody of the Puritan's congregational style of worship.

Why the big difference? According to Godbeer, in Europe the authorities were concerned about regulating sex. They forced confessions from accused witches that addressed their concerns. In contrast, the accused in New England used their confessions to mock the church that was torturing them.

So, who were the five witches who took a walk on the wild side?

I think it's important to point out the New England Puritans had plenty of sex with each other. Trial records from the 17th century are filled with cases of adultery, incest, sodomy and even bestiality. But they just weren't into having sex with Satan.

You can find Richard Godbeer's complete article in the Dublin Seminar's Wonders of the Invisible World, 1600-1900.
4 comments: 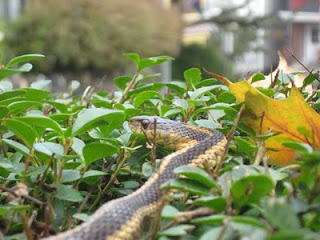 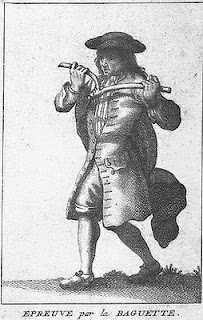 I was perusing the Old Farmer's Almanac recently, and read some interesting facts about the month of March. For example, the first game of basketball was played in Springfield, Massachusetts on March 11, 1892, and Massasoit signed a peace treaty with the Pilgrims on March 22, 1621.

The most exciting fact to me, though, was that chipmunks are supposed to emerge from their winter hibernation on March 19! Mark the date on your calendar. When I walk through the woods and parks, I always enjoy watching the chipmunks running around the fallen logs. I've learned that if I stand very still, the chipmunks won't hide, but will instead sit and watch me. A couple years ago a chipmunk and I hung out for ten minutes, just sitting and watching each other.

According to Frank Speck's 1935 Journal of American Folklore article "Penobscot Tales and Religious Beliefs," the Penobscot of Maine and New Hampshire believed that chipmunks ended their hibernation at the same time as the bear. When you see chipmunks, they said, spring has arrived. I'm assuming this was a cause for celebration, unless you were a bear, because the Penobscot also said the chipmunk's emergence indicated the start of bear hunting season. There's some similarity here with our current belief that the groundhog predicts the start of spring.

It seems like the word chipmunk is derived from an Ojibway word for the same animal, atchitamo, meaning "head first mouth." The Ojibway, a tribe found in the upper mid-West and southern Canada, probably coined this phrase because the chipmunk descends tree trunks head first. The Native Americans in New England would have spoken an Algonquian language similar to the Ojibway, but I haven't been able to find a local Algonquian term for chipmunk. If you know it, please get in touch!