The Modern Fairies of New England: Have You Seen a Pukwudgie?

When the earliest English settlers came to New England they noticed that something was missing from their new home.

Back in merry old England, humans lived in a landscape inhabited by various supernatural entities. Some of them did make their way to New England. For example, there were plenty of witches to persecute here, and somehow the Devil followed the devout Puritans all the way across the Atlantic to their New Jerusalem wilderness. (He's a tricky one!) After a while the landscape also began to fill up with ghosts as the first generation of settlers passed away.

So what was missing? The fairies. In England fairies lurked in the woods, under the hills, and in the barns and fireplaces. Fairies could even be seen walking in the marketplace by those who had the second sight. But here in New England no one saw any fairies.


Happily, I can say these writers were incorrect. The fairies were biding their time, waiting to find the right shape to show themselves to the new invasive inhabitants of this region. 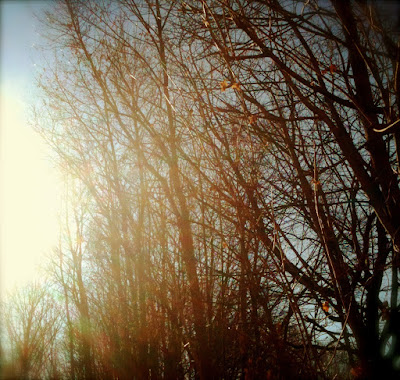 Of course, the various Indian groups native to New England had experiences with the small magical beings who lived in the forests, but the Indian myths and traditions about these beings were specific to Native American languages and ways of life. They weren't necessarily a good fit for the European-style agricultural and industrial society.

A few of the English settlers had brought their fairy traditions with them, but they never really took hold. When the Irish came they brought even more vibrant fairy beliefs, and some of them took root. For example, the town of Derry in New Hampshire was settled by Scots-Irish immigrants. Derry's Beaver Lake is supposedly inhabited by a fairy named Tsienneto, who helped folk heroes like Hannah Duston and John Stark. Although she has a name that sounds Native American, there is no record of Tsienneto before the Scots-Irish founded Derry. Written records of Tsienneto seem to only date back to the early 20th century. Tsienneto is still known in Derry, but not much beyond that town.

The fairies that are probably best known in New England are the pukwudgies. I'm using the word fairy in its older sense, referring to any magical humanoid being, because pukwudgies are certainly not beautiful winged ballerinas like Tinkerbell. According to legend, the pukwudgies are ugly gray-skinned humanoids that stand two to three feet high and live in wild places. They are often associated with the Hockamock Swamp and the Freetown State Forest in Massachusetts, but they have been seen in other locations as well. Pukwudgies are said to be quite malevolent. For example, they are known to sometimes push unsuspecting hikers off cliffs, and can make things burst into flames.

A quick search of YouTube will show you some videos about pukwudgies. They've been featured on TV shows like Monsters and Mysteries in America. Local paranormal investigators have also posted some interesting videos about these magical little neighbors of ours.

I recently found a nice pukwudgie account in the comments section on Christopher Knowles's blog The Secret Sun. The anonymous commenter writes that he went for a winter hike in the woods near New Hampshire's Pease Air Force Base with his wife, baby and four-year old son. The four-year old ran off the down the path ahead of his parents. When he came back,

He said something like, 'So daddy, I saw a little man over there. He had a basket of candy around his neck, and he wanted me to reach in and take some. But I said no, and that I had to come back to talk to you.'

Well, so that immediately caught my attention, as you might imagine.


The parents were unable to find the little man, and the boy simply said the man had been standing next to one of the trees and that he had skin the color of metal. The parents were creeped out and quickly left the area. 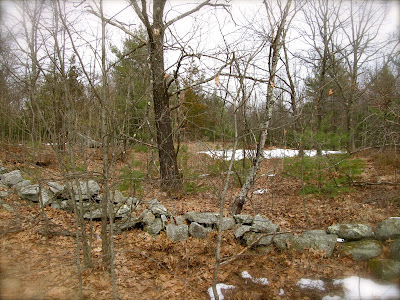 Pukwudgies are said to be creatures from Wampanoag folklore. That is and isn't true. The term pukwudgie is relatively new to New England. Before the Europeans arrived the local Indians used words like makiawisug to describe fairies, who were considered mischievous but not malevolent like the pukwudgies.

According to anthropologist William Simmons, pukwudgie is actually a word that means "little people" or "fairy" in the Ojibwa language. The Ojibwa live in the Midwest and parts of Canada, not New England.

It seems "pukwudgie" was first used to describe New England fairies by the Mashpee chief Clarence Wixon, also known as Red Shell. Wixon was involved in the Pan-Indian political movement and was familiar with Indian myths and legends from across North America, including those of the Ojibwa. He used the word pukwudgie in a tale he told author Elizbeth Reynard, who included it in her 1934 book The Narrow Land: Folk Chronicles of Old Cape Cod. It spread from Reynard's book into common usage.

Just because the word is relatively new to the region doesn't necessarily mean the pukwudgies are. Perhaps they were just waiting for the right time to show themselves. I also think that culture plays a big role in how individuals perceive the supernatural. While the polytheistic Native Americans of New England were able to see the land's spirits as the mischievous or playful makiawisug, modern European Americans who are the product of a monotheistic worldview have a tendency to see supernatural beings as sinister and dangerous. We don't see the playful makiawisug, we see the grim and dangerous pukwudgies. John Greenleaf Whittier was right when he said our superstitions were "of a sterner and less poetical kind."

I will be contributing a chapter about New England fairies to an upcoming book about fairylore. Please contact me through the comments section or my email address if you have seen a fairy in New England, and particularly if you've encountered a pukwudgie. I'd love to hear your story!

Any thoughts about those linking the Pukwudgie and the Dover Demon?

If I recall correctly, the Pukwudgies are supposed to have been encountered near Vale End cemetery in New Hampshire, though I'm not sure that linkage is any older than 2008 - http://ghosts101.com/hauntedplaces/vale-end-pukwudgies

Thanks for the comment. Are all these big-headed monsters really just the same thing? I mentioned this possibility on one of my posts about the Melonheads. They all do have a very similar appearance - short, small bodies, large heads. Maybe the names differ but the creatures - whatever they are and wherever they exist - are the same? I don't think the term "pukwudgie" was in wide use in the 1970s. If it was perhaps people would have said of the Dover Demon, "Oh, that's just another pukwudgie sighting."

Thank you also for the link to that story. Really interesting! It seems like at some point all the categories placed on paranormal phenomena start to blur. Ghosts blur into demons into pukwudgies into aliens etc. Have you ever read Jim Brandon's book The Rebirth of Pan? He argues that all these phenomena are really just the manifestations of our planet's presiding deity, which is trying to tell us something, but unfortunately we don't speak the same language. It's a crazy book, but I like that he has an overarching theory.

Have you heard of the Nikommo? Another Wampanoag fairy, more friendly than Pukwudgies...

HI Anonymous! No, I hadn't heard of the Nikommo before. It looks like the Wampanoags celebrate a festival in their name. Something I need to look into! Do you know any good sources?

I've been researching her legends for decades. The name Tsienneto was documented back into the 17th century.

The History of the Morison Or Morrison Family: With Most of the "Traditions of the Morrisons" by Leonard Allison Morrison& Frederick William Leopold Thomas
A. Williams & Company, 1880 - 468 pages

Thanks for the comment and the sources. I will need to investigate. Have you ever encountered her yourself? Feel free to email directly at hilldwellingpete(at)hotmail.com. I'd love to learn more.