The Witches of Bristol, Connecticut: Witches Rock, Evil Spirits, and Troubles with Oxen

In Bristol, Connecticut, the two are combined at Witches Rock. This is one of the many glacial rock formations that cover our landscape and which are so often the focus of strange stories. (There is in fact a similarly named Witch Rock in Rochester, Massachusetts.)

Witches Rock Road today seems to be a nice residential street, but in the past it was the scene of some serious supernatural shenanigans. According to town historian Bob Montgomery, locals believed that the rock was the meeting place for a group of witches who tended to cause trouble for anyone who crossed them.

For example, a farmer named Elijah Gaylord got into an argument with one of the witches, whose surname was Minor. The source of their disagreement is lost to history, but Goody Minor turned out to be a major pain in the butt. She hexed Elijah Gaylord so that every time his oxen pulled his wagon past the rock the yoke would slip off their necks. Then the oxen would continue down the road, leaving the wagon behind. This went on for quite a while until Gaylord finally moved away. Interestingly, some versions of this story say the witch's name was Granny Walcott, so perhaps there was more than one witch involved? 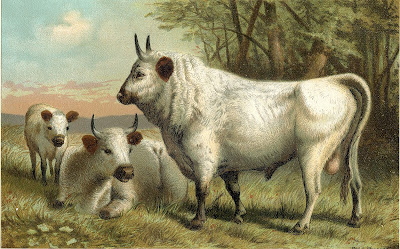 That story is kind of charming. Another story associated with the rock is a little more gruesome. Gaylord and Minor lived in the 1700s, but apparently weird witchy things continued to happen well into the early 1800s, when a man named Truman Norton lived on Witches Rock Road with his daughter Merilla. They were just your average 19th century Connecticut citizens, but unfortunately one of Merilla's aunts was a witch who put a curse on the young woman. Because of the curse Merilla was tormented day and night with pain, and invisible hands would stick pins into her body.

Norton cared for his daughter the best he could, but he needed assistance so he hired neighbor Seth Stiles to watch over Merilla at night. On his first night on the job Stiles initially just saw Merilla writhe in pain, but then actually saw metal pins appear in her skin. Stiles knew a little bit about magic, so he pulled the pins from her body, tied them in a handkerchief and threw them into the fire. Once the pins were destroyed by the heat the magical assault stopped. From that time on Merilla was freed from her aunt's witchcraft.

How did Stiles trick break the spell? According to old New England folk magic, when a witch curses their victim they set up a magical connection with them. Their evil magic flows through the connection and harms their victim. However, the connection runs in both directions. By throwing the pins on the fire Stiles was able to send heat and pain back along the connection to the witch. The magic spell ended, and the aunt in fact was found horribly burned the next day.

Was the attack on Merilla actually connected to Witches Rock in any way? It's hard to say, but the rock formation remains there even today. It is now in someone's front yard and is private property. Witches Rock Road was featured on TV show about scary streets a few years ago, but the person who owns the rock hasn't reported any supernatural happenings.

While researching Witches Rock I stumbled upon another Bristol witchcraft story, which appears in the anonymously written Bristol Connecticut (in the Olden Times "New Cambridge'), Which Includes Forestville (1907). Connecticut was once part of the Puritan heartland, so its not surprising that a lot of witch stories are found in Bristol.

Here's the story. In the early 1800s, a young Bristol woman was tormented by unseen witches. Elder Wildman, the head of the Baptist church, invited the girl to come live with him, confident that he could end the witchcraft attack. Things didn't quite go the way Wildman planned. Not only could he not cure the girl, he too became "grievously tormented."

At first not everyone in the Baptist church was convinced something supernatural was happening, but they soon became believers. For example, Deacon Button expressed open disbelief, but when he saw his ox dismembered by invisible hands he quickly changed his mind. It sounds like Bristol was a bad place to be an ox...

The daemonic activity died down as suddenly as it started. According to Bristol Connecticut etc., "The witchcraft excitement was begun and kept up by a young man named King, who was studying for the ministry with Elder Wildman. On his departure, the activity of the evil spirits ceased."

King's role in the whole affair is intriguingly vague and open to interpretation. Was King a witch himself? Or was he innocently dabbling in magic and somehow got more than he bargained for? Perhaps he was just a hoaxer knowingly causing trouble? That last one doesn't quite explain how an ox was ripped apart in front of someone, though.

Another interesting blog Peter! I also remember reading in one of Cahill's or Stowe's books (about Dogtown maybe?) about when one stone is balancing on another they are called 'Logan Stones' and these were supposed with meeting places.