Secrets of the Skull and Bones Tomb

A few months ago I was in charming New Haven, Connecticut for a conference. I managed to visit not just one, but two fantastic cemeteries while I was there. I also saw a few other interesting sites, but had mostly forgotten about my trip until this past Thursday when I was in CVS.

I was stocking up on Halloween candy, but as I strolled down the magazine aisle something caught my eye. It was a magazine called Secret Societies, a special edition of History Classics put out by Harris Publication. Here is the cover: 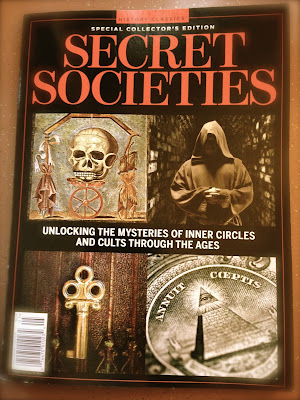 Creepy! How could I resist? I bought it. The magazine covers a broad array of secret societies, from the mundane (like the Knights of Columbus and the Shriners) to the violently disturbing (the Manson Family, the Heaven's Gate suicide cult, and the People's Temple).

It also covers Yale's Order of the Skull and Bones. I had taken some photos of this society's headquarters while I was in New Haven, and this magazine seemed like a sign from the cosmos that it was time to share them.

First of all, let me say that Skull and Bones is not a violent cult like the Mansons. I just wanted to get that out of the way. However, it's not just your basic fraternal order like the Knights of Columbus either. It is an incredibly exclusive college social club whose alumni include President George W. Bush, his father (the other President Bush), and Secretary of State John Kerry. Other notable alumni have included President William Taft, conservative writer William F. Buckley, Jr., and actor Paul Giamatti. You can see a longer list of members here. Lots of politicians, professional athletes, business moguls and media stars belonged to Skull and Bones when they were Yale students.

With such high-powered alumni, speculation about the Order is naturally rampant. The group has been very good about keeping its rituals and activities secret, however, and only members are allowed into the Tomb, the group's ominous looking headquarters on the Yale campus. But here is what is known publicly about Skull and Bones.


Skull and Bones was founded in 1852 by Yale seniors William Huntingon Russell and Alphonso Taft (father of President Taft). Every spring, fifteen juniors are offered membership on what is known as Tap Night. The juniors are awakened in the middle of the night by a knock on their door, and when they open it they find a stranger shouting "Skull and Bones! Accept or reject?"

Most juniors do accept the offer. After all, according to rumor new members are immediately given $15, 000 and told they will have a lifetime of financial security. I don't know if those rumors are true, but I would accept just to find out what happens inside the Tomb.

New members are put through an initiation ritual that allegedly involves lying in a coffin and reciting their personal sexual history. That sounds kind of tame, but it does involve the symbolism of death and rebirth, and probably builds a certain level of trust among members. Keeping with the rebirth symbolism, members are given new names. Some names repeat for each crop of new initiates. For example, the tallest junior is renamed Long Devil; the shortest Little Devil. 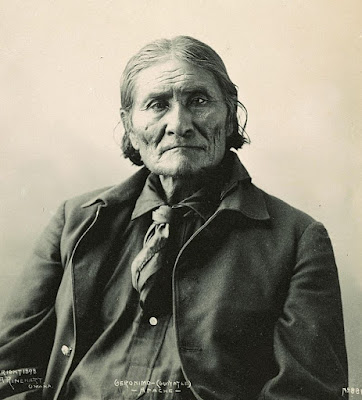 The devilish nicknames fit the spooky atmosphere surrounding the Order. The interior of the Tomb is supposedly decorated in high Gothic style, with lots of bones and armor adorning the halls. The spookiness is also fed by the rumor that members of the order stole Geronimo's skull from his grave and keep it inside the tomb. Another rumor says they also have the skulls of Martin Van Buren and Pancho Villa. It's important to note that the Apache tribe says Geronimo's bones still comfortably reside in Oklahoma. No word on the remains of Martin Van Buren and Pancho Villa...

The Order's insignia is also a little creepy (see above). The number 322 probably refers to the year that the Greek politician and orator Demosthenes committed suicide.

Naturally Skull and Bones has inspired a lot of conspiracy theories. Just look at that list of members! And why all the secrecy! Something weird and sinister must be going on. In the 2004 presidential election, both final candidates were Bonesmen (George W. Bush and John Kerry), which is downright strange. Maybe Skull and Bones actually runs the country! 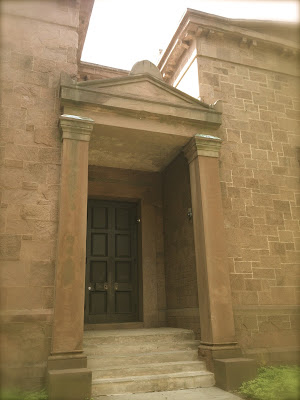 But then again maybe not. I think a simpler answer is just plain old social hierarchy. Yale is an elite university, and the elite class sends their children to be educated there. When they graduate they achieve positions of prominence and run the country. The Order of Skull and Bones doesn't have any particular power, but the people who become members come from families that do. George W. Bush would have been president even if he weren't a Bonesman and even if he went to another Ivy League school. He comes from a long line of politicians and used those connections to become President. I don't think any secret Skull and Bones rituals guaranteed him the presidency.

But Paul Giamatti - he's another story...

Did I already tell the story of how my friend saw someone going into the door of The Tomb a few years ago, and then ran at full speed to try to bash her way in? No success, the fellow slammed the door quickly. She should not have been shouting as she charged, "Hey! Keep that door open! I'm coming through...."

Too bad she didn't make it in. But I suppose maintenance staff must clean the place, at least occasionally? At least one historic conservationist has been inside - he was the person who said it is decorated in Gothic style.