Haunted Gay Bars of Boston: the Ramrod and the 1270 Club

My last few blog posts have focused on 17th century stories about witches. This week I'm changing things up. Let's talk about haunted gay bars instead.

I should say, "Let's talk about haunted gay bars again." A few years ago I wrote about the rumor that Jacques Cabaret, Boston's famous drag bar, was haunted by a former performer's ghost and may even have been a temporary morgue to house victims of the 1942 Cocoanut Grove nightclub fire. My post was circulating around the internet again recently and some people reached out to share two other Boston haunted gay bar stories. 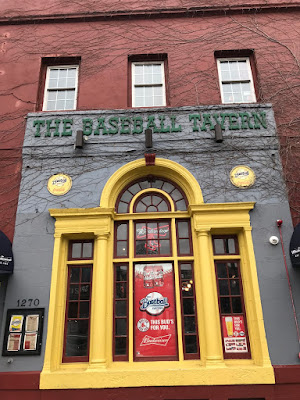 The first story is about the stately old building at 1270 Boylston Street. It was originally built as a horse carriage factory, but in the 1970s and 1980s it was home to a gay club called simply the 1270 Club. The 1270 Club featured some of Boston's best DJs and was a popular spot for dancing. The club's three floors were filled with a diverse mix of gays, lesbians, and even adventurous straight people who came for the music. Here is a quote from a 1981 Boston Globe article hinting at the club's mystique:

The 1270 Club is viewed as a mysterious club were heterosexuals don't dare tread because they've heard it's gay. For most of the week the club does cater to a predominantly gay clientele, but the exception is Wednesday when live rock is booked and the evening often becomes one of the best around town...  (Steve Morse, "Short Cuts," Boston Globe, April 9, 1981)

After the 1270 Club closed the building was the site of several other other gay bars: Maximum Security, Tatoo, and finally Quest. Currently the building is home to the Baseball Tavern, a straight sports bar.

That's the history, now here's the ghost story a friend told me. In the mid-20th century many gay bars were controlled by organized crime, and allegedly this was once the case with The 1270 Club as well. The straight mobster who owned the club didn't care about its gay clientele as long as he made money off them. He was living the good life until one night he brought two female prostitutes home to his suburban house. The three adjourned to a room above the garage for some erotic fun, but unfortunately in his eagerness the mobster forgot to shut off his car. The next morning the mobster and the two women were found dead from carbon monoxide poisoning. 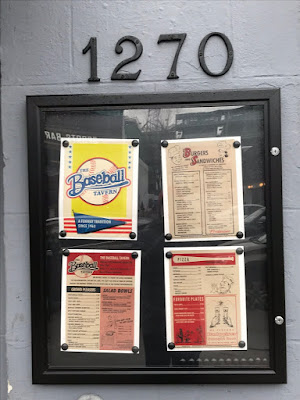 According to the friend who told me this story, the mobster's ghost was sometimes encountered lurking around the 1270 Club by the staff. My friend knew someone who worked there who had encountered the ghost. I got the impression the ghost wasn't seen when the club was busy, but only before or after hours when a handful of staff were alone in the large empty building.

I don't know if the story is true, but it is interesting. The straight mobster undone by his own lust, dead and unable to profit any longer off the community he exploited, seems like a fitting ghost to haunt a gay bar. The 1270 Club was an important place for gays and lesbians in Boston when it was open, and a ghost story like this helps keep its memory alive in the community. 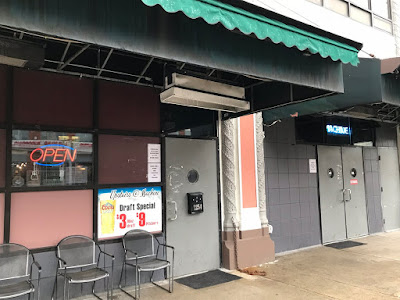 The other story I heard (from several people) is about the building at 1254 Boylston Street. This is just a few doors down from 1270 Boylston, so we have two spooky gay bars on the same block. This building houses the gay nightclubs Ramrod and Machine, but in an earlier incarnation it was just a gay leather bar called The Ramrod. The dancefloor at Machine is located in what was once the unused basement of the Ramrod. According to a couple informants, this basement space was used by one of the local medical schools to store human body parts. Leathermen partied one floor above a grim collection of medical specimens. Jars filled with formaldehyde-soaked body parts lined dusty old shelves in a space that today is filled with dancers, drag queens, and Ryan Landry's campy theatrical productions. 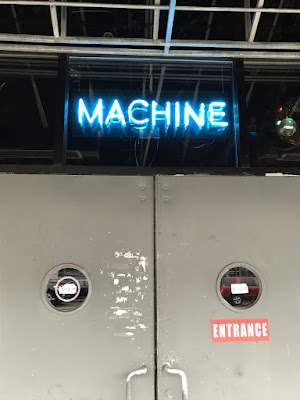 I didn't hear any actual ghost stories associated with Ramrod/Machine, just that the basement was once filled with human body parts. Which is probably creepy enough, right? It's interesting that the basements of Jacques and the Ramrod were both said to be storage areas for dead bodies, although for one it was only temporary. Is this just a folklore trope or were they actually used for this purpose?

That's all the information I have right now. I've been to both of these locations and never noticed anything paranormally weird, but please feel free to share anything you know in the comments. I always enjoy learning more about the place I live, even if the information is kind of gruesome.

I thought the basement of Ramrod (and the building next door) housed a medical prosthesis company, not actual body parts. The body parts makes for a better story, though.

This is the first time seeing the Ramrod story on the net, but not the first time I heard of the bottles filled with body parts in jars of formaldehyde. A close friend knew the club's owner in the 1990s. The owner brought my friend to see the jars.
The jars were disposed of when the basement was transformed into Machine Nightclub in 1998.

Hi Peter! Thanks for confirming the story. I really appreciate it!

I loved the 12. A really hot security guy named Michael worked on the 3rd floo4. Gorgeous Gorgeous man. Drove a Grey Audi. One night he offered me a ride, not only in his home. Mine the next morning. Lol. Oh the days. Beautiful man!!!

As the former manager for 6 years of what 1270 became, QUEST/THE SPOT, I can firm the ghost. except it is a small child, which I saw on quite a few occasions. The stories are too long to post. As far as the Harvard storage story, it was body parts. There were a few drunk nights where we were able to gain access through a open back door.

I was a bartender at the Ramrod for 5 years, between 1990 and 1995, and the body parts in jars is completely true. I was in that room many times, as my then partner Wayne was the handyman at the bar and he had to go in there many times to address some issue or another and he brought me in to show me. There were shelves and shelves of jars of hands and feet and one head if I remember correctly. It was a storage facility for Harvard Medical School, and I think they may have done autopsies there as well? Just a guess, there were stainless steel counters that drained into sinks so who knows? It was creepy at first, but you get over it...

Thanks for the comment and confirming the rumors. Very creepy but as you say people do get used to these things. I know a developer is planning to build housing there at some point. I wonder if any ghostly energy will linger?

I don't think there would be any lingering ghosts, at least not from the body parts, those folks probably donated their bodies to science. I never really felt the presence of anyone while I was in there, it just seemed creepy at first because of the nature of what was there, once I got used to it I was fine in there....It will be interesting to see what does get built there, and if the Ramrod will move or just close, there's a lot of memories there for me for sure

These buildings have an application with the Boston Landmarks Commission to demolish them. My first bar that I went to when I came out in 1990 was the 1270. At this time it was called Maximum Security. I was never there when the bar wasn't hoppin... So I never saw any ghosts. But I also hung out at the Ramrod. As one of the local leathermen that helped put on events there (was one of the producers of the Mr. Boston Leather Contest, and is a former Mr. Boston, plus one of the founding members of the Bay State Marauders, the Ramrod was our home bar at one time, also a former board member of the New England leather Alliance, NELA did classes at the Ramrod) So I had been there on off hours many times. I do have the ability to see ghosts and never once had any experiences there.

My first gay bar was also the 1270, in 1975. Boys had long hair and wore bell bottoms back then. Lots of mustaches, and some beards. There was a diverse crowd, white, black and Latino, women and men. It was the start of the disco era and I can remember hearing Shirley and Co. "Shame Shame Shame" that first night. Later, Ramrod moved out of the theater district to 1254 Boylston. (I believe the old Ramrod building was demolished to make room for the Transportation Building). There was a lot of bar hopping between Ramrod and the Twelve as it was called. And after closing time, everyone from both bars would hang out on Boylston street for a couple of hours, with music provided by the guy with the frosted afro playing his boombox, and then the party moved to the Fens. 1270 changed a few times, became Quest, and other names, and then became the Baseball Tavern. Good times over many years. It's too bad to see it go, but what was once a thriving gay bar scene in the 70s through the 90s is now very different. Back then there was no internet,no cell phones, so the everything revolved around the bars. And Boylston street is a whole new world. Time marches on. I never saw any ghosts, but if I did I would have attributed it to the drugs and booze. I did see some body parts on the dance floor but not in jars.

Thanks for sharing your memories! I believe that whole block is being torn down for new development. Very sad and a real loss of some local history.