Weird and Wonderful Folklore from 2017

I have been celebrating Christmas in the old-fashioned way: eating too much, sleeping a lot, and spending time with family and friends. I hope your holiday season has also been a good one!

I had a lot of fun blogging this year, and I hope you enjoyed reading my ramblings. In case you missed any of these, here is a list of the top five most popular posts in 2017 here on New England Folklore.

Number One: Why The Devil Loves Christmas 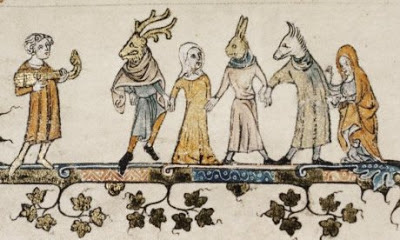 In a season filled with twinkly lights, eggnog lattes and holiday sweaters, sometimes it's nice to remember that Christmas hasn't always been about sweetness and familial love. It used to be a drunken party that lasted for weeks where the poor harassed the wealthy for gifts and everyone ate and drank way too much. That last part hasn't really changed much, but the attitude of our nation's religious leaders towards Christmas certainly has. They used to hate the holiday and claimed it was the Devil's work. Now they're demanding we all go around saying "Merry Christmas." 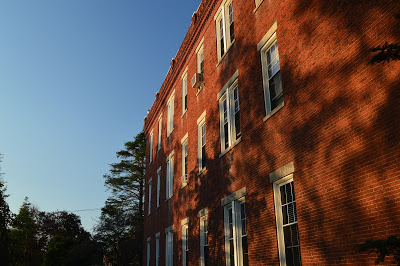 I grew up in Haverhill, Massachusetts, the city where Bradford College is located. Sadly I was unaware the Necronomicon, that legendary book of evil magic, is supposed to be hidden in a tunnel under the campus. If I had been my high school career would have been much more interesting. There are lots of classic ghost stories about Bradford, but this post also incorporated the personal experiences of someone who went to school here. Those experiences were particularly strange and and quite creepy. 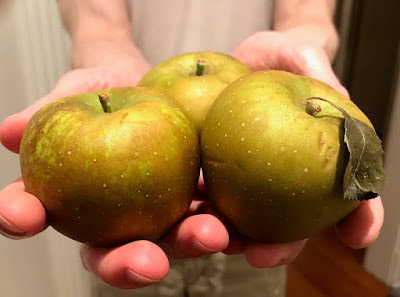 I live near a farmer's market that sells a really great selection of apples in the fall. Who doesn't love to bite into a crisp, recently picked apple? But there's more to apples than cider and pie. There's also a lot of folklore. Some of it is spooky, like tales of corpse-eating apple trees and bloody apples that reveal the identity of a murderer. Some of it is charming, like using an apple peel to find your true love. And some of it is both spooky and charming, like the best folklore often is. 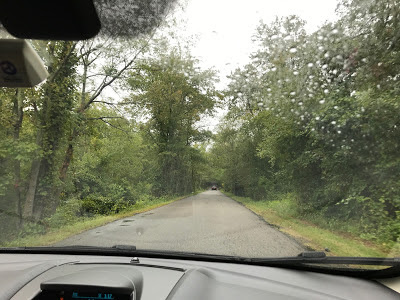 Milton is a rural suburb just south of Boston, but one short stretch of road there has a really bad reputation. There are so many ghost stories about Harland Street that it's earned the nickname Ghost Road. Is it just that Harland Street runs through some dark swampy woods, or are there really a variety of spirits haunting it? People claim to have seen a family of ghosts, a man with no face, and a phantom car. Psychic investigators encountered glowing blobs of energy back in the early 1980s, so perhaps there really is something lurking on Ghost Road. 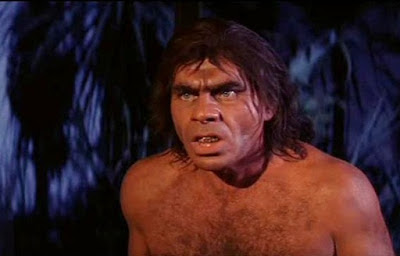 My hometown made it into the top five list twice. Just as I didn't know the Necronomicon was buried in Haverhill, I was also unaware that several wild men had been sighted there in the 19th and early 20th centuries. What were these mysterious creatures? Were they disturbed individuals living in the woods, primitive ape men, or something else entirely? Witnesses described a 1909 wild man as "very lightly clad" so perhaps he was just a nudist caught sunbathing. Whatever they were, legends about wild men just demonstrate that our backyards can be strange and wonderful places.

Have a great New Year's Eve and stay tuned for more weird New England Folklore in 2018!

If the last year was good, may the next be better!