Omens for A Gloomy November: Horses, Death, and Other Dreams

November is a melancholy month. The gleeful morbidity of Halloween serves as the gateway to November, but this month reveals the actual truth behind the colorful masks and cartoony skeletons: the year is winding down. The trees are becoming bare, the skies are gray, and the days get shorter and colder.

The year is slowly dying, and it makes me want to sleep. A lot. The ancient Greeks claimed that Sleep was the brother of Death, and I can understand the connection, particularly at this time of year. Both involve a loss of consciousness, a dissolving of self into the welcoming darkness, but at least when we sleep we get to dream. Those wise Greeks said that Morpheus, the dream-god, was the son of Sleep.

I tend to remember my dreams more during this time of year than during others. Upon reflection I can usually figure out what my subconscious is trying to tell me, but some dreams are just puzzling.Why was I carrying a book and cup as I walked down the stairs? What did that turtle mean? Sometimes I could use a guide to interpret my dreams.

New Englanders of past generations had a long list of dream interpretations. One of their key principles to interpreting a dream was the rule of opposites. Things that are bad in real life are good omens when seen in dreams, and vice versa. For example, to dream about a wedding means you will soon be invited to a funeral, but dreaming about a funeral means you'll hear about a wedding. Seeing a dead person in your dream means you'll receive news or a letter from a living one. Dreaming about eating or about picking blackberries is an omen of impending illness. OK, that may not be an exact opposite but you get the idea.

In this dream, recounted to author Clifton Johnson by elderly woman and included in his 1896 book What They Say In New England, an ominous thunderstorm actually was a harbinger of good news:

"It was after midnight, and I was dreaming a dream about a terrible thunder-storm. It grew worse and worse till there was one clap so loud it seemed as if the skies had broken to pieces. Right after it I woke up, and I heard a knock on the outside door of the sitting-room. I knew that instant what my dream meant and who was there. It was Charlie! I went to the door and it was. There he had been gone seven or eight years. He'd been a sailor on the ocean, and we hadn't heard a word from him, and didn't know but he was dead, and that dream came to show me he was alive and near."


But the rule of opposites didn't always apply. Sometimes bad things just mean bad things. Dreaming of lice means illness, and dreaming about snakes foretells making an enemy. Personally I like snakes, but I understand the general symbolism here. I don't think anyone likes lice. 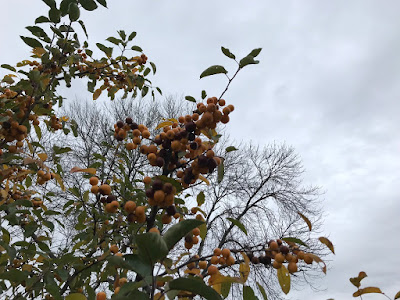 Some of the old New England dream interpretations are cryptic and very specific. Why would dreaming of a white horse be an omen of death? I am not sure, but that was an accepted interpretation. Here is another account from Johnson's book:

"You will have great trouble if you dream of a white horse," said Uncle Timothy. "I've always found that to come true. There was one time in particular I remember. It was winter; and I was at work a good many miles from home in a logging-camp. One night I had a terrible dream about a white horse that got angry with me, and bit me. I knew something would happen in consequence of that dream, and I was afraid I was going to get killed. I wa'n't good for much workin' that day, I felt so gloomy about my dream; but I went out with my axe same as usual. I wa'n't noticing things as I ought to; and when I was cutting a tree, it came down and knocked me senseless. The rest of the fellows carried me to camp. I can't tell you how relieved I was when I come to and found myself alive. I thought myself lucky to get off so easy after such a dream."


Johnson collected that story from Western Massachusetts, but the white horse's ominous reputation may have been widespread. For example, Fanny Bergen notes in Current Superstitions (1896) that people in Maine also said dreaming of a white horse means a family member will die within a year. She found similar beliefs in New York and the Maritime provinces as well. 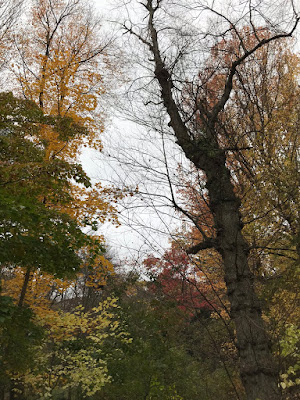 So what should you do if you dream about a white horse? First of all, don't panic. Other informants told Johnson that a white horse means riches will be coming your way, which is a good thing. So which is it, a good omen or a bad one? I suppose in the end it is really a matter of your perspective. Good things and bad things will happen to all of us. Even the increasing gloom of November is leavened by Thanksgiving, and soon after comes the December holiday season, when we light candles against the encroaching darkness. Nightmares end when we wake up, and hopefully there's a light at the end of the tunnel.

I may have dreamed once or twice about a white horse, but then, as a child, I was a great horse lover and wished I could have one, especially an Arabian! And they do tend to be white, so...

A fascinating piece of folklore and of course, in the northern hemisphere, you are all looking forward to a time of year when it's cold, wet and dark. Here in Australia it's the opposite. I'm getting out the light clothes and the sunscreen. But we do have our own folklore.

Sue, we are expecting record-breaking cold tonight. I do like winter and autumn, but it was super cold walking home today so the thought of some warm Australian weather sounds nice right now.

What if the riches are an inheritance from the family member who will die within a year?!

I wonder if the association of a white horse with death comes from death having a pale horse as one of the four horsemen?

Thanks for the comments Katie and Campanella! Katie, it's like the Monkey's Paw but with a white horse instead! Campanella, I am not sure why the white horse is singled out for an ill omen. It could be the law of reversals, or it could be as you note a Biblical reference.

Thanks for the comments Katie and Campanella! Katie, it's like the Monkey's Paw but with a white horse instead! Campanella, I am not sure why the white horse is singled out for an ill omen. It could be the law of reversals, or it could be as you note a Biblical reference.\