There's something weird and magical about small New England cities in November. A sense of stillness pervades the streets. Old gray houses press up against the sidewalks, parking lots sit half-empty, and bare branches brush against the power lines. All the citizens are hidden away inside but out on the street there's a feeling of strange possibilities.

Tony and I recently visited Burlington, Vermont. You might not think of Burlington as quiet. It has a thriving downtown, with dozens of restaurants and bars and a pedestrian-friendly shopping district. Students from the University of Vermont buzz around. Elementary school students visit the aquarium that overlooks Lake Champlain.

But if you venture outside of the lively downtown area things get much quieter. That eerie sense of possibility emerges. Who knows what you might encounter when you walk around the corner? What strange entity or object will you stumble on? For example, you might encounter the world's tallest filing cabinet. 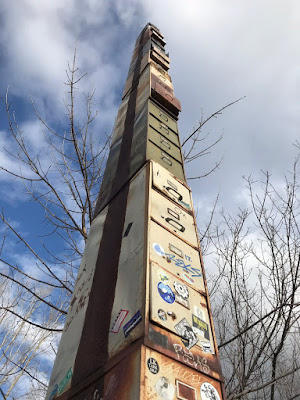 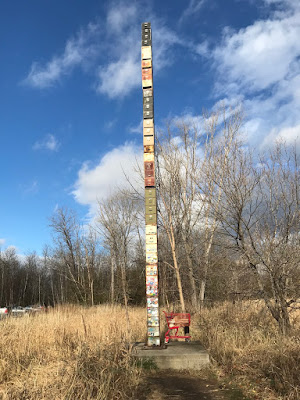 The filing cabinet was created by local artist Bren Alvarez in 2002. Alvarez was inspired by the ongoing delays in building the Southern Connector, a road that would connect busy highway I-89 with downtown Burlington. The filing cabinet's official name is "File Under File Under So. Co., Waiting For...". The Southern Connector still hasn't been built. 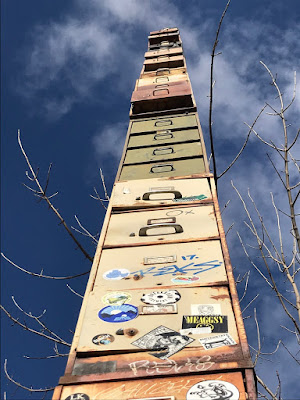 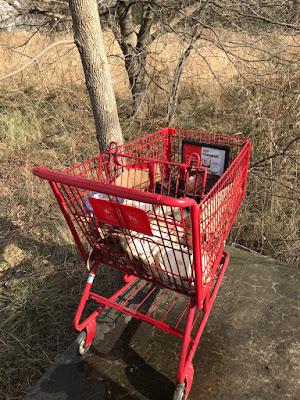 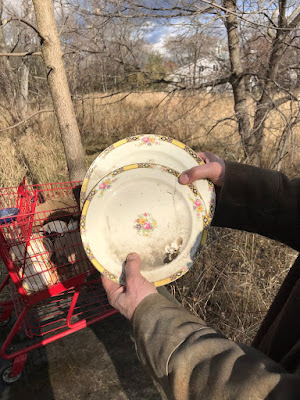 Alvarez intended this to be commentary on bureaucratic delays, but I think it has a completely different effect. The sculpture is slowly eroding from rust, and vandals have graffitied as high as they can easily reach. Set as it is in an overgrown field, the sculpture is like an artifact from some post-apocalyptic future revealed when the waters of a swollen Lake Champlain finally recede from the city centuries from now. It is totally worth visiting if you are in the area, and if you collect china maybe you can find something valuable in the shopping cart.

The world's tallest filing cabinet is just one of the strange things you might encounter. In 1988, a Burlington woman named Susan Lily encountered something even stranger. Lily was driving home from work late one summer night when she decided to get a bite to eat at a local Wendy's restaurant. As she drove around the back of the restaurant to the drive-through she noticed two cats lurking around the dumpster. But these were not ordinary cats. They were big (real big!) and oddly shaped:

Susan says, "They were the size of a forty- or fifty-pound dog, but they were real slim and their legs were disproportionately long."

Susan has always lived around animals and can distinguish among different varieties of cats. These were something unknown. She says, "The largest domestic cat is the Norwegian Forest cat. But these were short-haired. They were much taller than Maine Coons. I have no idea what I saw."


Those quotes are from Joseph Citro's book The Vermont Monster Guide (2009), which I bought in Burlington. Citro goes on to note that after Susan picket up her burger at the drive-through window she looked back at the dumpster. The cats had disappeared, and although she visited that same Wendy's many more times she never saw them again. 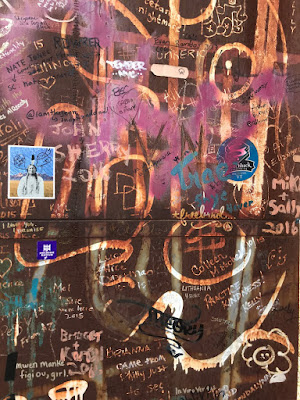 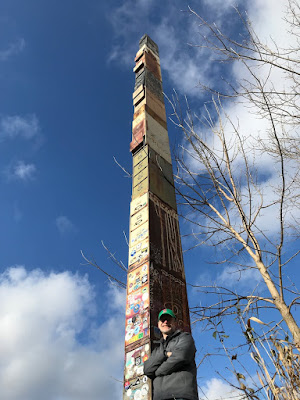 A metal monolith made of filing cabinets looms in an empty lot. Giant cats prowl around a dumpster behind a fast food restaurant. Even in the city weird and magical things are lurking!