While Lori and I were in Marblehead we took a tour of the Lee Mansion. While this historic house is not officially haunted it definitely has a few weird things going on. And I mean that in a good way.

Jeremiah Lee (1721 - 1775) was a wealthy Marblehead merchant and ship owner. He built the mansion that bears his name in 1768, but unfortunately Lee and his family only lived there for a few short years before he died in an unusual way. 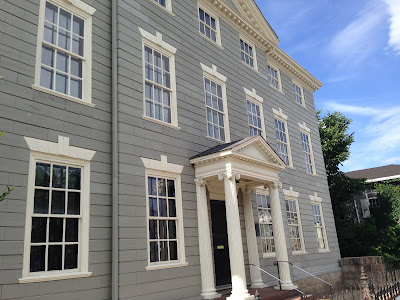 In addition to being a merchant Lee was a smuggler, and had for several years been smuggling weapons into the American colonies to be used in the uprising against the British. One night Lee and two other Marblehead men were secretly meeting with John Hancock and Paul Revere at a tavern outside of Boston when they got word that a group of British soldiers were approaching. The men ran out of the tavern.

It was a fatal decision. In order to avoid detection Lee spent the night hiding in a nearby field. It was a chilly night and the exposure to the cold air made him ill. He never returned to Marblehead. Instead, he died three days later in Newton from a fever. 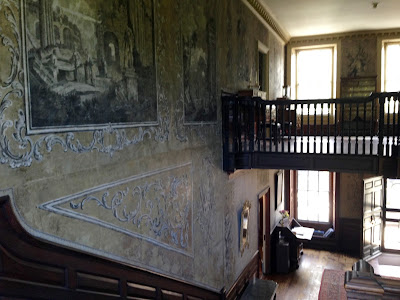 We asked the tour guide if Jeremiah Lee's ghost haunted the mansion. The answer was an unequivocal "No." Maybe he didn't live in it long enough to get attached, or maybe his spirit is wandering around somewhere in Newton. But either way he's not haunting the mansion.

Lee's family went bankrupt and in 1804 the mansion was sold to a local bank. They occupied it until 1909 when the Marblehead Historical Society bought it. Because the mansion has had so few owners the interior has barely changed since the 1700s. It even has the original wallpaper, which was hand painted in England more than 200 years ago. Our tour guide said there was only one other building in the US with equally old wallpaper, which is pretty impressive. 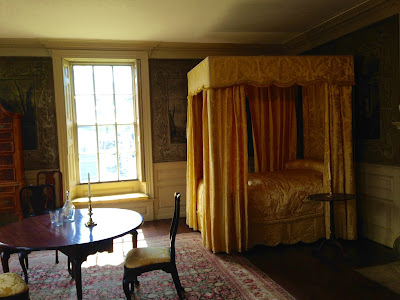 The mansion's walls are also covered with old paintings of merchants, ministers and other historic Marblehead notables. There are also quite a few paintings of children. When asked about the child portraits our tour guide told us they were mostly paintings commissioned by local families to memorialize children that died. Wealthy families would quickly bring in artists to paint portraits of their children's corpses before burial.

I suppose that's why so many of the children look really unhealthy. One painting, of a little girl holding a book, was incredibly spooky and reminded me of something from a horror movie. Lori thought I should take a photo for the blog but I declined. It seemed like asking for trouble. Let sleeping spirits lie.

The other weird thing we saw was this carved wooden figure. It kind of looks like it has fangs, doesn't it? It might just be facial hair, though. 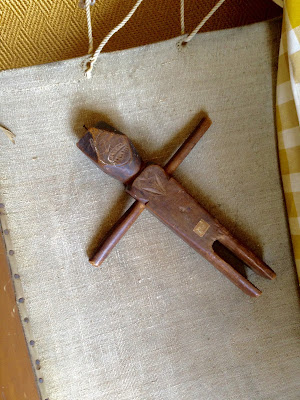 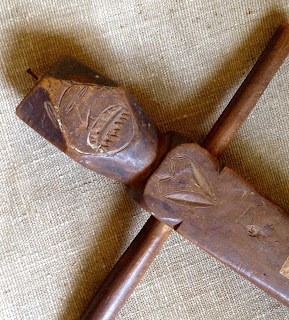 We thought it was a doll, but our guide told us it was actually an implement used to tighten the ropes that supported a bed's mattress. Did you know the phrase "sleep tight" refers to a bed's ropes? I learn something new all the time!

While no strange legends are attached to the Lee Mansion, the same cannot be said of Lovis Cove, which is just a short walk away. Lovis Cove is said to be haunted by a famous ghost known either as the Screeching Lady, Screaming Woman, Shrieking Lady, or some variant therof. Whatever she's called you get the picture. The ghost is loud and very unhappy. 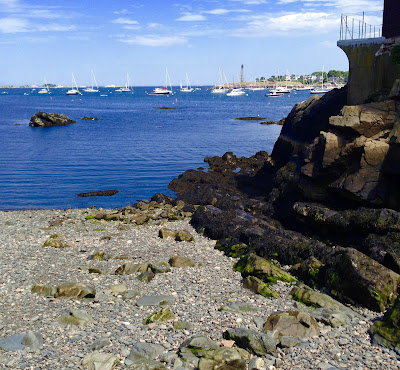 The cove itself is informally known as Screaming Woman Cove or Screeching Lady Beach. When I think of beaches I think of soft white sand, but that's not the case at Lovis Cove. The beach is covered with rocks and there are even more rocks - big sharp ones covered with algae - out in the water. It's not the type of beach you really want to spend a lot of time at. 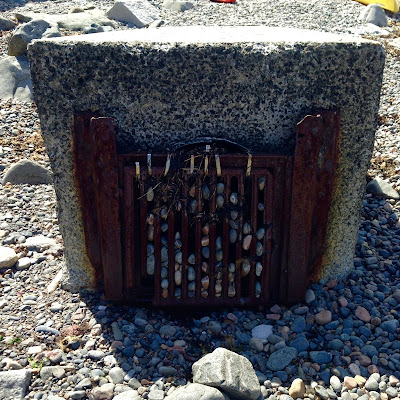 The ghost doesn't want to spend time there either but apparently has no choice. Samuel Roads includes the story of the Screeching Woman in his 1880 book History and Traditions of Marblehead. According to Roads, way back in the late 1600s an English ship crossing the Atlantic was captured by Spanish pirates. All the passengers and crew of the ship were slaughtered except for one beautiful English woman, whom the pirates kept alive until they reached New England.

When the pirates came ashore at Lovis Cove with the woman they brutally murdered her on the beach. Roads writes:

The few fishermen who inhabited the place were absent, and the women and children who remained could do nothing to prevent the crime. The screams of the victim were loud and dreadful, and her cries of "Lord save me! Mercy! Oh! Lord Jesus, save me!" were distinctly heard. The body was buried where the crime was perpetrated, and for over one hundred and fifty years on the anniversary of that dreadful tragedy the screams of the poor woman were repeated in a voice so shrill and supernatural as to send an indescribable thrill of horror through all who heard them.


That's pretty gruesome, but Pam Matthias Peterson adds one more gruesome detail in her 2007 book Marblehead Myths, Legends and Lore. The pirates chopped off the woman's fingers while she was still alive to steal her rings. Ugh. 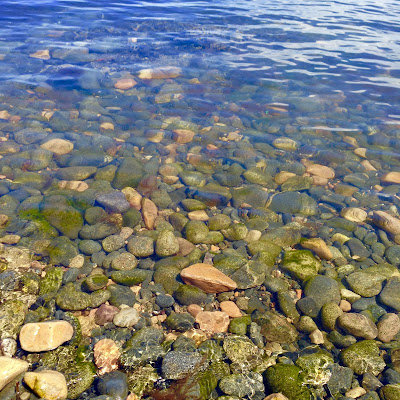 Peterson claims that Marblehead residents avoid the beach at night and that her screams can still sometimes be heard even today. The comments on this site include a few from people who say they have indeed heard her screams in the night. Creepy. Does a ghost like this ever find rest, I wonder?

It took Lori and I a while to find Lovis Cove, but here's a tip if you want to visit: it's located right next to the Barnacle Restaurant, which is at 141 Front Street. The cove doesn't sound like someplace you want to visit at night, though.

Goodness, those ARE gruesome stories! That poor woman. Though I would have thought they'd already taken her rings by then. And not bothered coming ashore to murder her - surely the sharks would have disposed of the remains at sea after they'd had their fun?

Ah, well, legends are no fun if you think too much about them, eh? ;-)

The pictures of children do sound sad. They took photos of dead people in the Victorian era. Urk! Imagine posing them first! This factoid appears in that film "The Others" with Nicole Kidmsn, in which she discovers ... No, in case you haven't seen it, I'll leave that. A nice, scary movie, though...

Thanks for sharing. This is a great blog!

Hi Sue! I think you're right about not thinking too much about the logic behind these legends. They don't necessarily come from the rational part of the brain but from someplace else I think.

Loved reading the blog! I’ve heard much about how the woman’s screams can be heard annually at the cove on the anniversary of her death, but does anyone know when that day actually is?