Legends and Lore of the North Shore now available, plus a Fiddle-Playing Witch's Curse!

Before I get to this week's official post, I want to announce that my book Legends and Lore of the North Shore is now available. You can buy it from Amazon in both print or Kindle format, or you can buy it from Powell's if you want to support a more independent retailer. 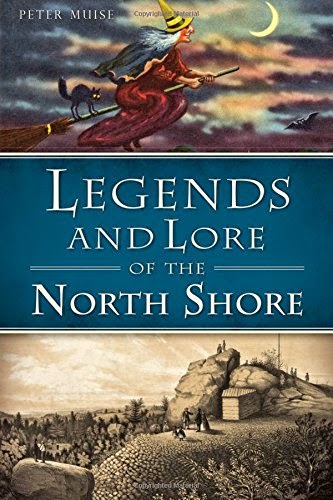 The book was a lot of fun to write. The one review currently up on Amazon calls it a romp, and I suppose that's how it felt to write it. In 35,000 words I cover everything you ever wanted to know about Massachusetts's North Shore: Native American shamanism, amorous merpeople, spirit-haunted pirate treasure, Bigfoot sightings, and the creation of a mechanical Messiah. And of course witches, witches, and more witches.

I will be traveling around the area doing some readings, so please stay tuned. If you enjoy the book, please post a review on Amazon! Now, onto this week's post...


For some reason, the fiddle is often associated with the Devil. The Charlie Daniels Band sang about the Devil fiddling, Stephen Vincent Benet wrote a poem about it, and it shows up in different folk stories. I'm not quite sure why, but this essay over at ExoterX.com suggests a few reasons, including the following:


In one story from Plymouth County, a young boy kidnapped by witches sees them dancing in an abandoned house. The fiddle player is a mysterious dark man, and when the boy sees him he flees in terror. Clearly, it is the Evil One himself. Sometimes, though, the Devil's servants are the one playing the fiddle, as this story from Hopkinton, Rhode Island shows. 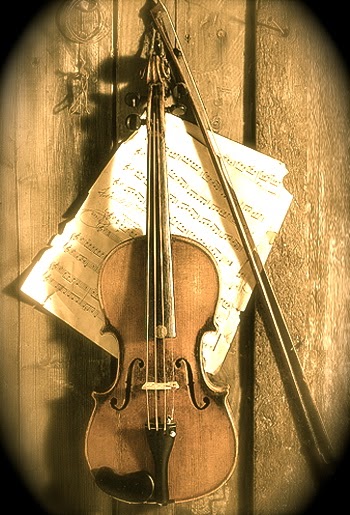 Many years ago an elderly African American man named James McDaniel lived in Hopkinton. James had a "cocked hat, glaring eyes and daring manner," so he naturally acquired a reputation for being a witch. He also played the fiddle.

One day Amos Longworthy, Jr. brought home a beautiful bride to Hopkinton. James McDaniel came to the Longworthy house and asked to play his fiddle at the wedding but the family patriarch, Amos Longworthy Sr., refused. Theirs was a pious family, and he would have no dancing at his son's wedding.

James McDaniel was not happy. He glared at Amos Sr. and said, "You will be obliged to have fiddling in your house, whether you want it or not." Then he stormed off.

The Longworthy wedding went as planned, but shortly afterward Amos Sr.'s daughter Amy began to suffer fits. She contorted, she twitched, she made odd guttural noises. A physician was brought in but none of his medicines helped the young woman. After trying various treatments he suggested that perhaps some music might calm her agitated state.

Despite his religious misgivings Amos Sr. hired a fiddler. As soon as he played just a few bars Amy's fits stopped. The Longworthy family rejoiced, but there was one side effect: Amy began to dance. She danced for hours on end, spinning wildly and ecstatically through the Longworthy house and out into the yard. Amos Sr. was deeply opposed to dancing, but it was better than seeing his daughter convulsed with fits. He hired the fiddler to come the next day, and then the next. He finally contracted him as a permanent servant.

Word spread across Hopkinton about Amy's dancing, and soon the neighbors began to visit the Longworthy house every day just to watch the formerly demure young woman dance wildly. They also whispered disapprovingly that Amos Sr. had not cured his daughter, but just traded one type of witchcraft for another.

Tired of the gossip, Amos Sr. fired the fiddler. Instead, he brought in a traveling preacher from Connecticut named Mr. Mason. When Mr. Mason laid his hands on Amy her fits stopped, and she no longer had the need to dance. But even though her fits disappeared Amy never quite seemed like her former self again, and the spirits that had been possessing her moved into other parts of the house. Dishes moved on their own, foul material appeared in the fresh milk, and the horses' reins would be tangled in the morning...

And that's where the story ends. It appears in S.S. Griswold's 1877 book A Historical Sketch of the Town of Hopkinton, From 1757 to 1876, Comprising a Period of One Hundred and Nineteen Years. I find it a little unsettling that James McDaniel's curse is not ever fully lifted, but only lessened. And really what's worse, dancing every night or finding nasty stuff in your milk?

Perhaps the preacher should of laid his hands on the Fiddle, might of proved to be more efficient in the long run. Lol. Fun read. :)

Hi Christa! Thanks for the comment. Somehow this story reminds me of the movie Footloose. No matter what you do, some people just want to dance! I do wonder why no one confronted the witch fiddler.