Old Burying Ground in Cambridge, and Maybe Some Ghosts

Tomorrow is Memorial Day, so I suppose it's appropriate that I stopped by Cambridge's Old Burying Ground yesterday on my way to see a matinee. I've walked by this historic cemetery for years and have never gone inside. 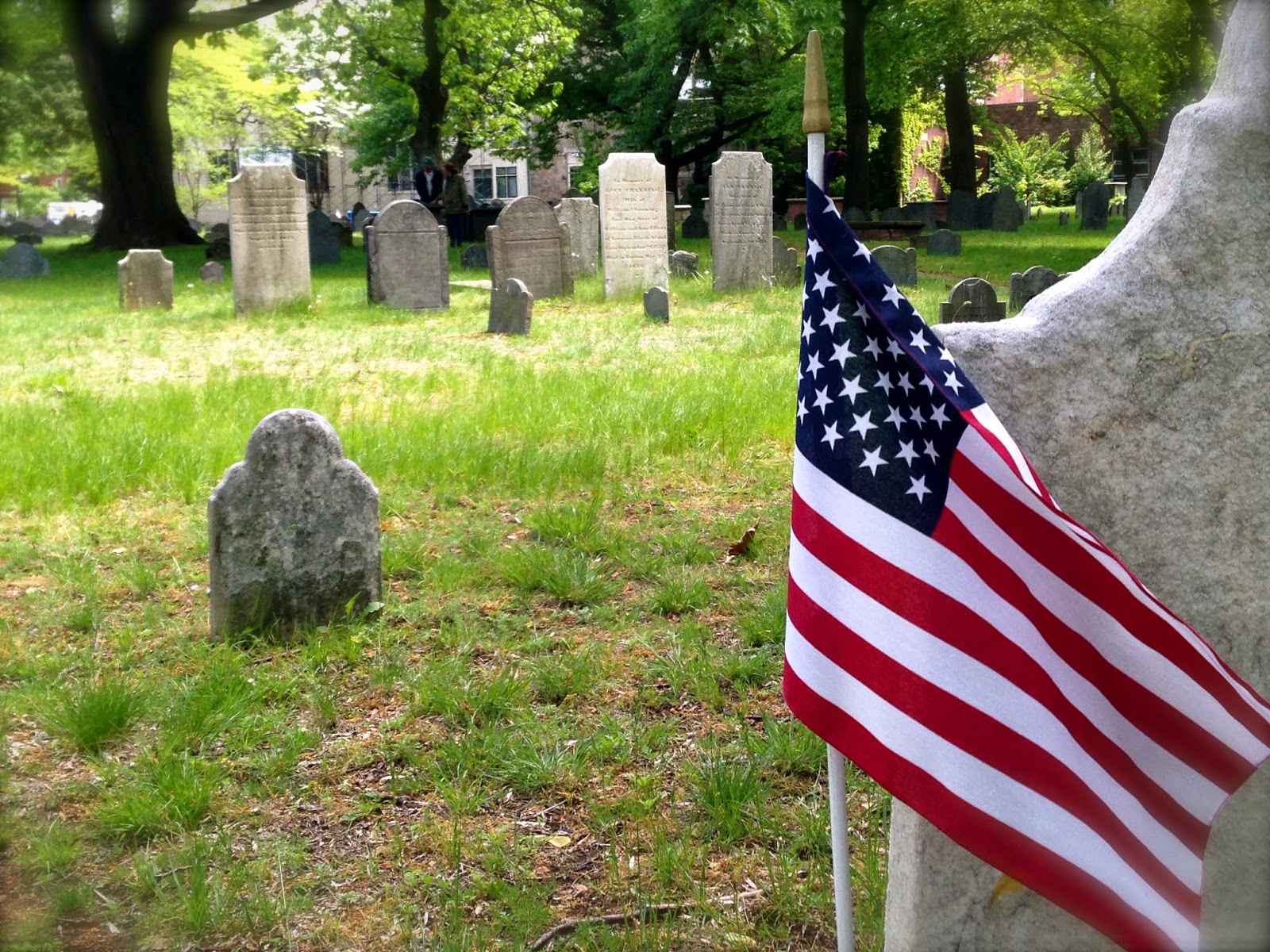 I'm glad I did. Like most cemeteries it was very peaceful inside, even though it's only a few steps from the Harvard Square T-stop. In fact, tt was so peaceful someone was sitting in the lotus position meditating.

The Old Burying Ground dates back to the early 1600s, and has lots of gravestones in the three classic New England styles: skulls, cherubs, and willow and urn.

There are also some things I hadn't really seen before. Some of the gravestone inscriptions are in Latin. Not just a little Latin, like "Requiescat In Pace," but paragraphs of dense Latin.

The Latin-inscribed markers all seem to be for Harvard faculty and librarians. If you were erudite while alive, you might as well let people know it after you're dead too.

In addition to the Latin gravestones, some other stones had elaborately unfinished backsides. Take a look at this one. 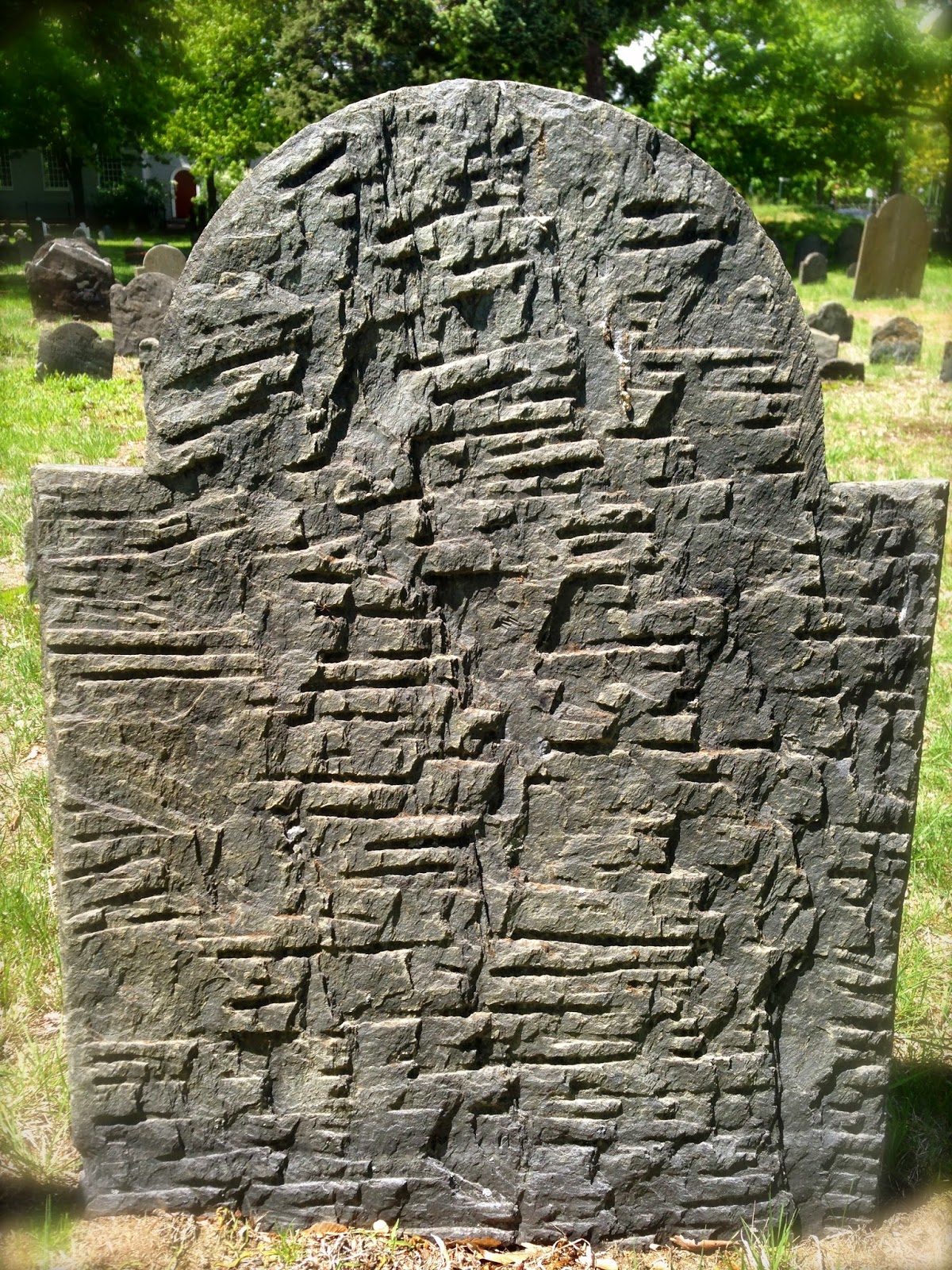 But from the front, it's just a standard gravestone. 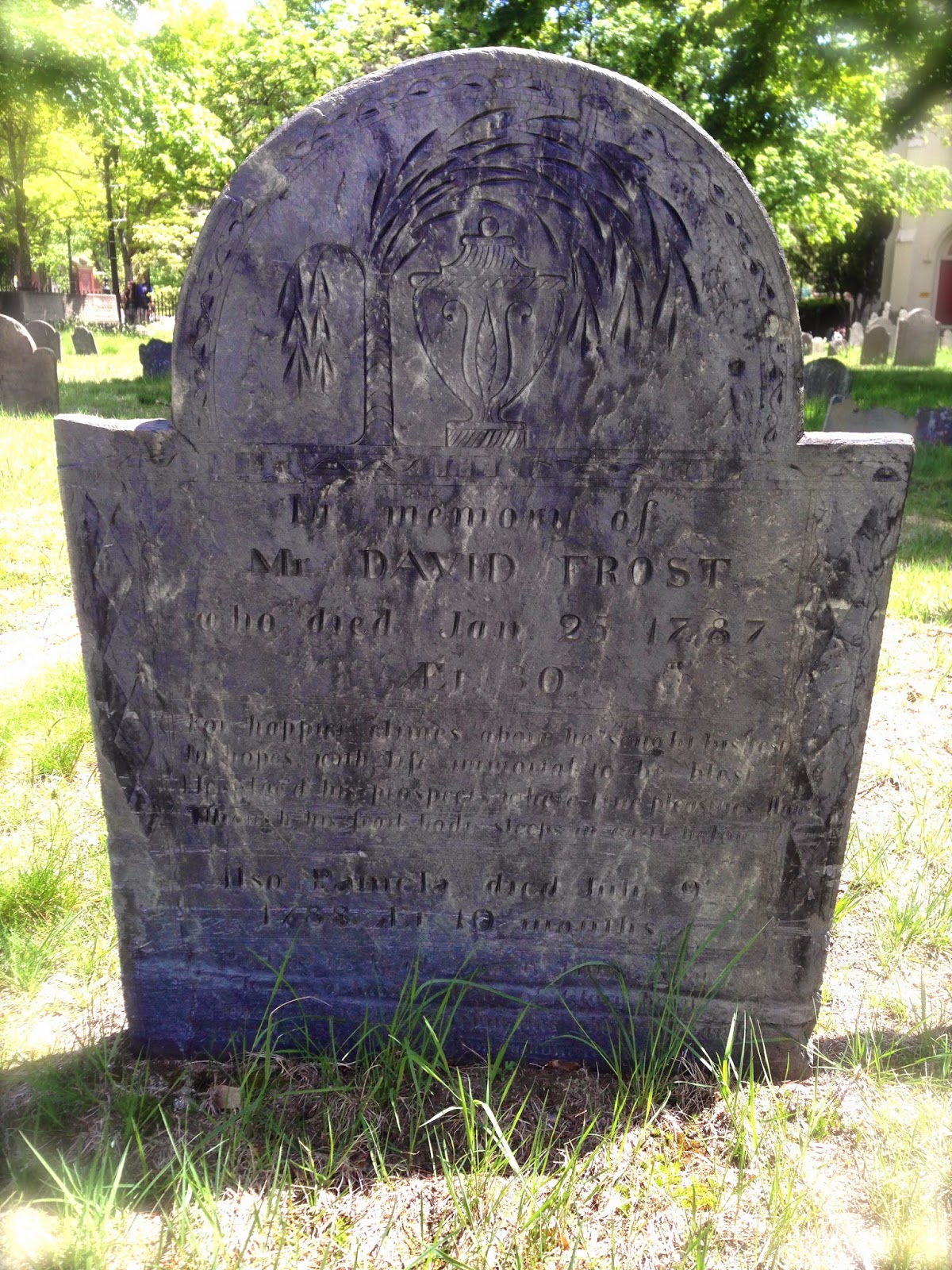 The Old Burying Ground is host to several soldiers from the Revolutionary War. There's a prominent marker for several Cambridge men who were killed at the Battle of Lexington and Concord, and two African-American soldiers from the Revolution are also buried in the cemetery. I didn't find their markers, but one of the men was named Neptune Frost, which is an amazing name. The other black soldier's name was Cato Stedman, so they both had Latin names. 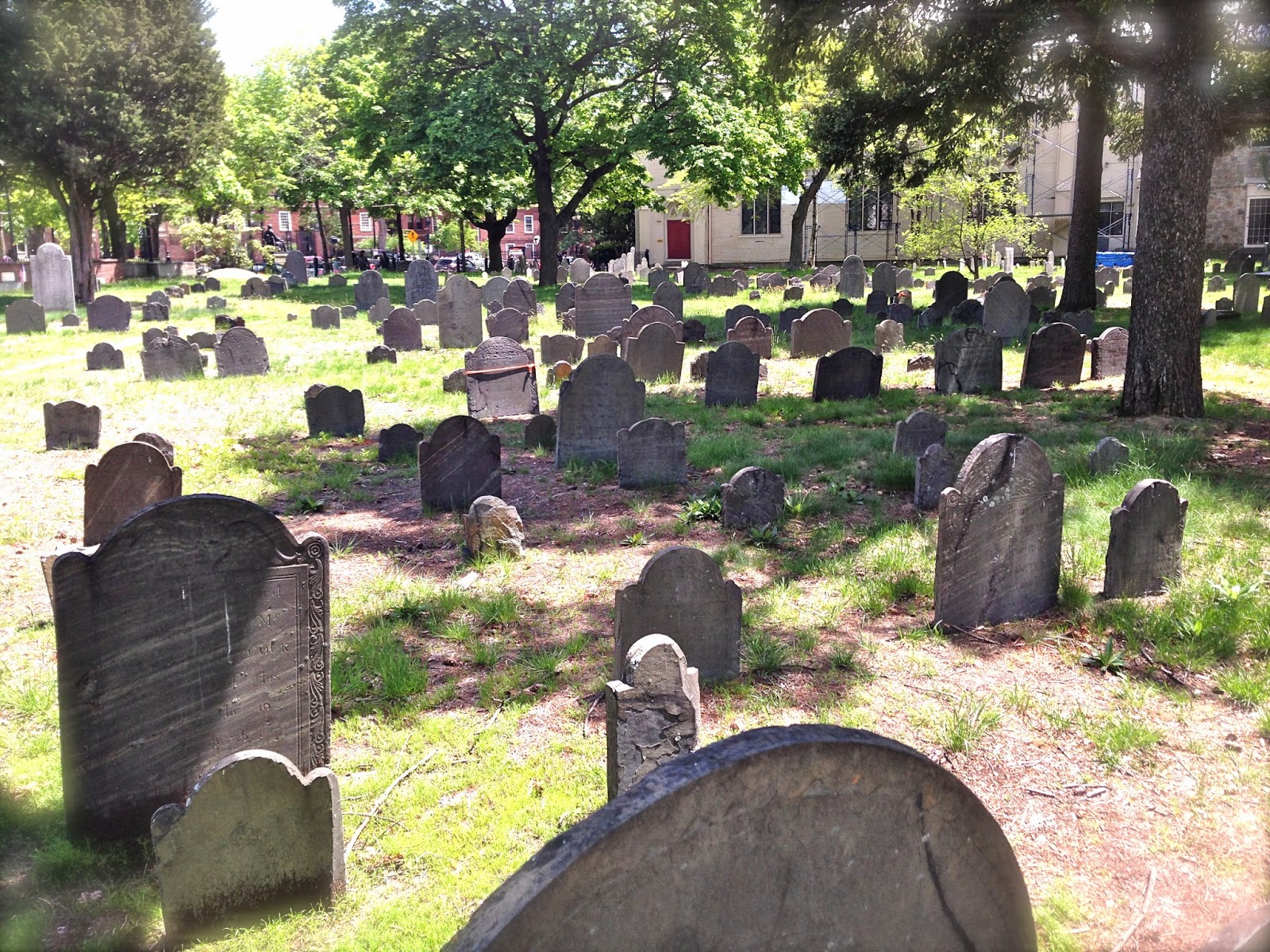 I assumed there must be a ghost story associated with the Old Burying Ground, but there really isn't anything definite. Sam Altrusis, in his book Ghosts of Cambridge: Haunts of Harvard Square and Beyond, claims that the Old Burying Ground is indeed full of spirits, but they're not particularly malevolent or active. None of them are identified by name. It sounds like they're just hanging out enjoying the peaceful surroundings.

If you do want someplace a little more haunted, you might visit Christ Church Cambridge, which is located next door. The church is supposedly haunted by the ghost of a British soldier who was buried inside the building during the Revolution. His burial so angered the local Patriots that they rioted and vandalized the building, and his spirit has haunted the place ever since. The lesson to this story? Be nice to dead people, and they'll be nice to you.