Cabin Fever, Wendigo Psychosis, and a Chenoo Story from Maine

This winter drags on and continues to be cold and snowy. Some of us might be suffering from a little cabin fever by now, but I hope no one is suffering from wendigo psychosis.

Before you can diagnose someone with that particular mental illness, you need to know what a wendigo is. The wendigo is a mythical monster found in the folklore of some Indian groups from the Northeast and Midwest. Generally pictured as huge, emaciated giants with an insatiable desire for human flesh, wendigos are humans who have been transformed into ravenous cannibals. The mechanism for this transformation varies. Some tribes claim it is done through magic (whether purposefully or as an attack by an enemy), while others claim just one taste of human flesh will transform anyone into a wendigo.

Which leads us to wendigo psychosis. Psychologists and anthropologists coined this term in the early 20th century as they studied native societies with wendigo myths and found that some individuals had a fear of becoming a wendigo. This psychosis was particularly prevalent during the long cold winter months when food was scarce, and family and friends started to look very tasty...

Wendigo psychosis could be cured through rituals, but in extreme cases people claiming to be nascent wendigos were killed. That seems quite harsh, but I suppose you might do the same if someone you knew was threatening to eat you.

The Indians in northern New England believed in similar creatures, although they didn't call them wendigos. Instead they were called chenoos, giwakwa, or kiwakwa, but I'm just going to use chenoo for simplicity. Like wendigos chenoos are gigantic and emaciated, but they are also lipless because they hungrily chew them off. Their screams will kill anyone who hears them, and chenoos get their power from a human-shaped lump of ice that has replaced their heart. 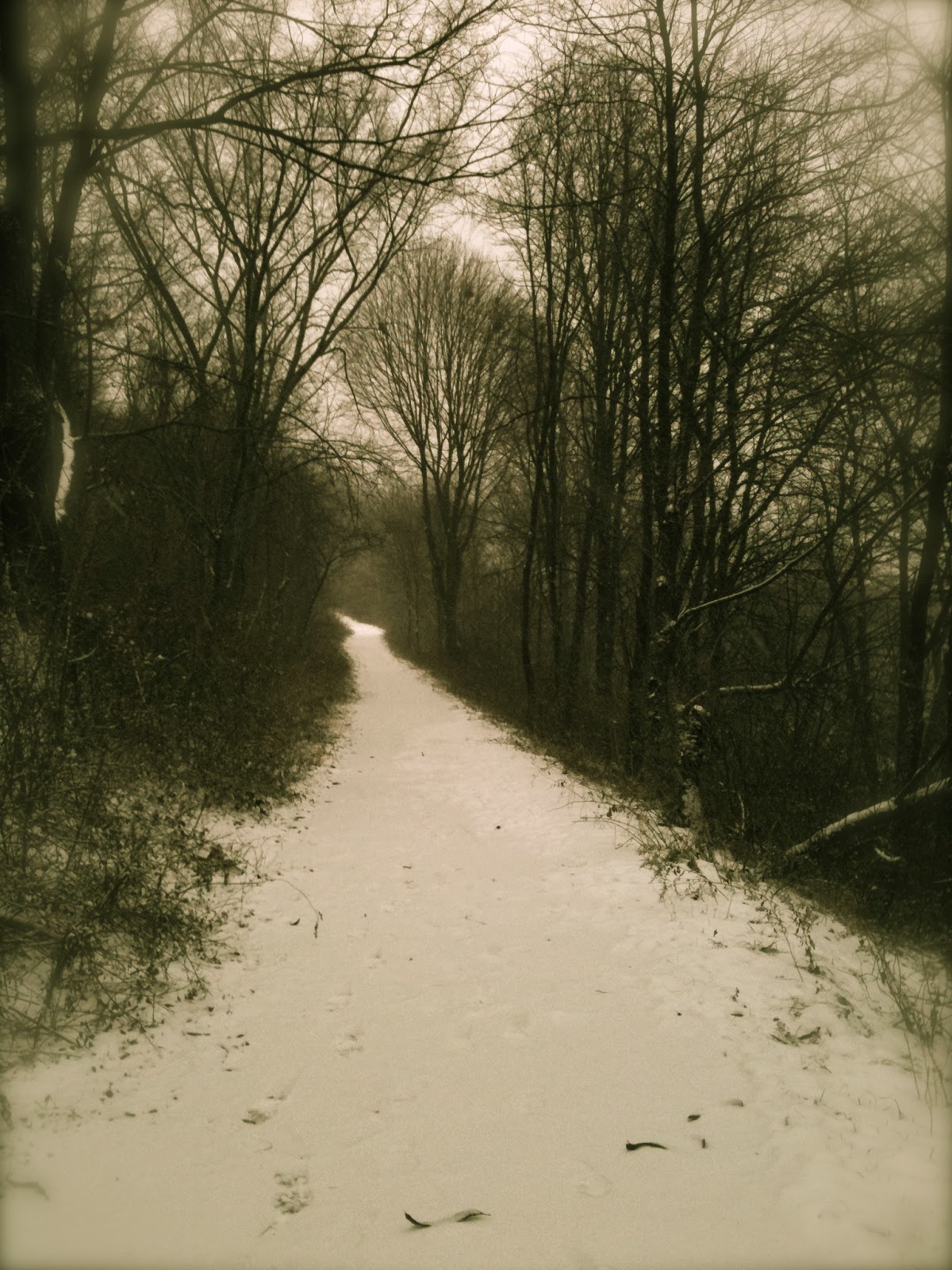 There are lots of gruesome chenoo stories, but because winter is almost over (I hope), here's one that is not too nasty from the Passamaquoddy of Maine.

Many years ago a young newlywed couple set off to spend the winter in the woods. They were following the traditional pattern of their people, where the tribe would come together in the summer and fall when food was plentiful, then split into smaller units during the winter when food was scarcer.

The couple set up camp by a river deep in the forest. One day while her husband was out hunting the wife heard something large stomping around outside her tent. It was a chenoo. He stuck his head into the tent and glowered at her hungrily.

Thinking quickly, the woman said, "Welcome father!" The chenoo had been planning to eat her, but was surprised at being addressed so politely. She invited the monster to come sit by the fire.

When she heard her husband approaching she went outside and explained that a chenoo was inside their home. He too addressed it as father. The chenoo was so pleased that it declared it would not eat them (at least not immediately) and moved in with them.

The chenoo lived with them for many weeks. In some ways it was quite helpful. For example, since it was so tall the husband would ride upon its back while hunting game. It also offered protection against the other chenoos that roamed through the woods. The young couple once watched in amazement as their chenoo killed a rival chenoo that wanted to eat them. Then they watched in horror as their "father" ate the corpse. Despite the benefits, they realized that at some point they too would anger the chenoo and it would eat them.

The next day the woman made a mixture of water and salt and offered it to the chenoo as a beverage. The chenoo greedily drank it down and almost immediately vomited up a human-shaped lump of ice. This was the heart of the dead rival it had recently eaten, and the woman threw it on the fire. The chenoo shrank in size, and vomited up another human-shaped ice lump. Clearly her "father" had been busy eating other chenoos, and the woman tossed this on the fire as well.

Finally, the chenoo vomited up a third icy lump and transformed into a little old man. As the woman went to toss the ice onto the fire, the former chenoo grabbed her hand. "Daughter wait!" he cried. "That is my heart! I will die if it melts." He took it from her and swallowed it down.

Due to the efforts of the woman, the chenoo was cured. Well, at least mostly.

I found this story in Charles Godfrey Leland's 1884 book The Algonquin Legends of New England.  There are other legends where the chenoo is cured completely or destroyed, but I like the ambivalent ending of this one. Even if you get rid of one monster you know another one will just show up next winter.