Here are a few folkloric things that have been in the media recently. I write a lot about the past, but strange things are still alive and well in New England!

It all adds up to a grand total of 318 UFOs seen here last year. The numbers from states like California, Texas and Florida are much higher, but on a per person basis New England fares really well. Maine and Vermont have some of the highest number of sightings per person in the United States. Spherical objects were the most commonly reported in New England, except in New Hampshire where people reported more star-shaped UFOs. This infographic from OuterPlaces explains it all: 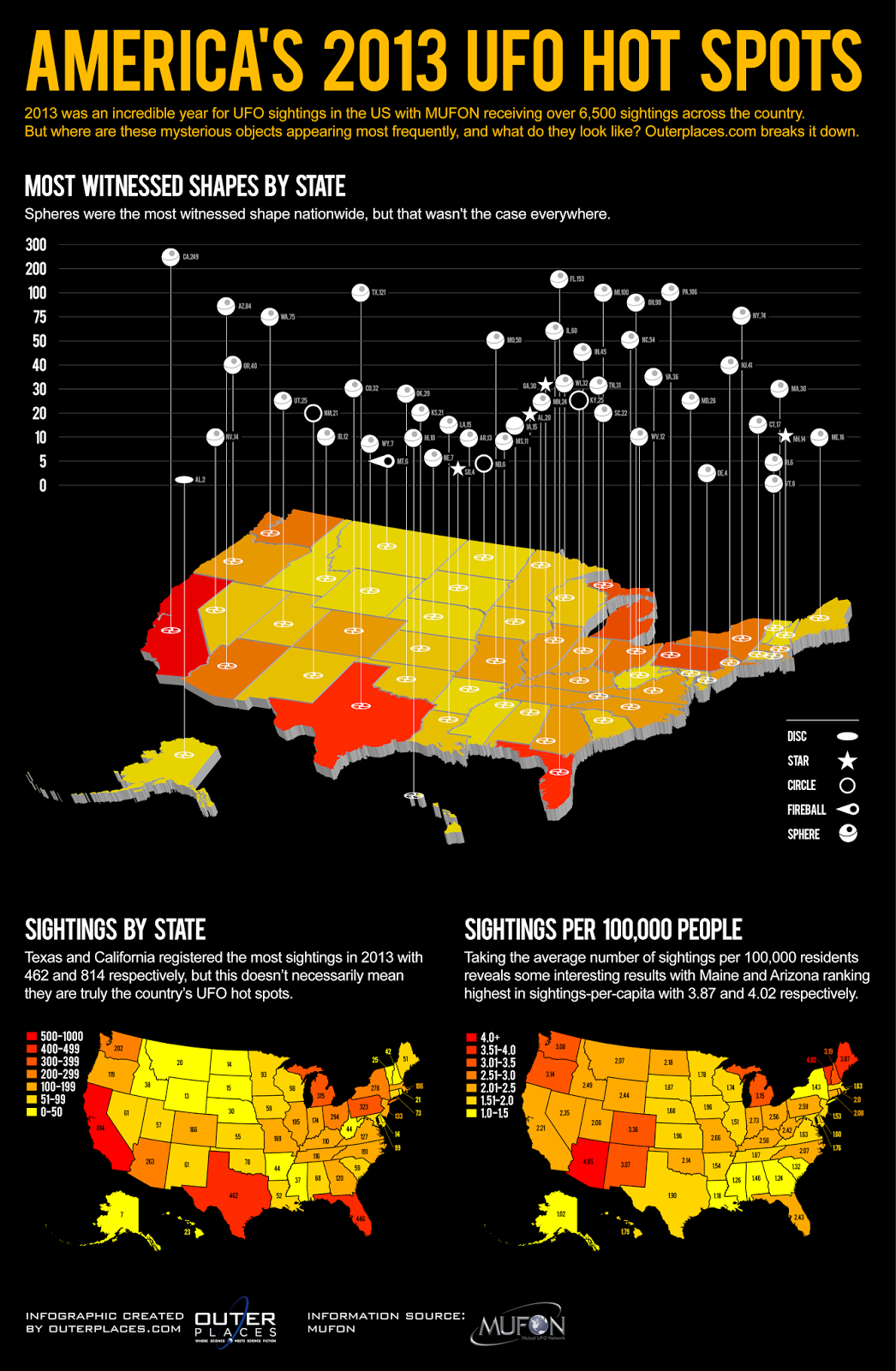 I love reading about UFOs, but don't really have a firm opinion about what they are. Extraterrestrial craft? Ancient gods or fairies in a new disguise? Omens of the End Times? Manifestations of the collective unconscious? Any of those sound interesting to me. UFOs are still fascinating even if many of the sightings are hoaxes or misinterpretations. After all, what does it mean that we are willing to believe there just might someone (or something) out there in the universe?

Giant Cat Seen (or Not?) in Winchester, MA

On a more terrestrial note a large cat-like animal, possibly a mountain lion, was seen in Winchester, Massachusetts in late February and again in March.

No mountain lions have been confirmed in Massachusetts for more than 150 years, and Winchester, an upscale suburb only eight miles from Boston, seems like an unlikely spot for such a large predator to appear. However, a mountain lion was killed by a car in Millford, Connecticut in 2011. That animal had been tagged earlier in its life by biologists in South Dakota, so I suppose its not impossible for a mountain lion to make its way to Massachusetts. 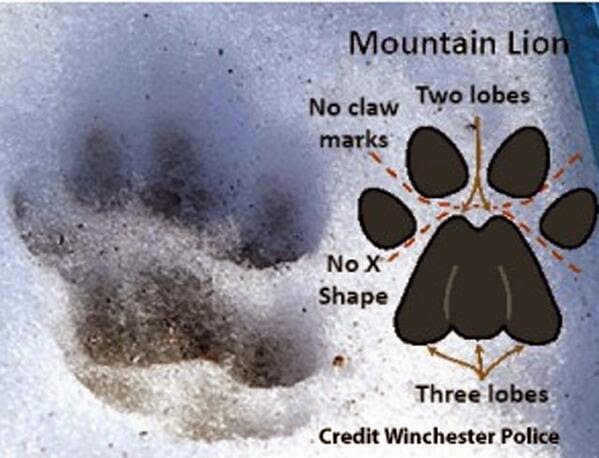 The animal left tracks, and police sent them to wildlife experts for analysis. I don't know if the citizens of Winchester were excited or terrified when the police posted on their website that the tracks had been confirmed as mountain lion tracks. Yes, that's right, a mountain lion was stalking around Winchester.

So, just like with UFO sightings, there's no good resolution. Is that light in the sky the planet Venus or a spaceship? Did people see a large coyote or was it a mountain lion? For the moment we have to be comfortable with uncertainty (and lock up the pets if you live in Winchester).

For many years, the American colonies celebrated New Year's on March 25 rather than January 1. Although most of Europe had upgraded to the Gregorian calendar, England and her colonies refused to follow a Papish innovation (even though it was correct) and continued using the older and inaccurate Julian calendar. The Boston Globe has a nice article about how the change was finally made.

I don't really understand why the authorities are so dead set against the idea that there are mountain lions in Mass. About ten years ago, my sister, who lives in Westhampton, witnessed a mountain lion get corned in a tree. Everyone in the neighborhood came out and watched as authorities came out to tranquilize it. They accidentally shot it up with too much tranquilizer and it died. (Or maybe that was intentional?) There were so many people who witnessed this, I am shocked it never made it to the news... I can't find any documentation about it either.

Thanks for the comment. Great name, by the way!

Did anyone get photos of the mountain lion in Westhampton? I have heard that scat and footprints have been found near the Quabbin Reservoir as well.

Cool infographic. Coincidence that map of UFO sightings per capita is similar to map of marijuana use by state? Maybe northern New England and the Northwest are just heightened-perception regions. http://www.businessinsider.com/15-maps-that-show-how-americans-use-drugs-2013-9

Robert, yes! Maybe the UFOs are entering through the doorways of perception!

There was a rash of panther sightings on the Cape back in 1981. They were well-documented, with photographs of trackways and even a blurry black and white shot purporting to be of the beast itself. Janet and Colin Bord detailed it in one of their books.

These things are more common than you'd think, though. Here in my little town in Northern RI, there were a number of mountain lion sightings about 20 years ago. As far as I know, they never made the news.

Peter, haha thanks, the handle is for my silly robot comic blog. Re: photos, I don't know. I will be seeing dear sister at Easter, and will be sure to ask for a retelling of the story and whether anyone has photographs.