Once again I find myself in the mood for a ghost story. Here's a classic from Cape Cod that you may be familiar with.

One October day many years ago two sisters drove down from Boston to enjoy a day on Cape Cod. They spent the day touring quaint towns and visiting friends, and did not begin the drive back home until just before midnight.

As they were driving along a particularly dark country road their car broke down. This was in the days before cell phones, so after trying to fix the car themselves the two women set out on foot to find assistance.

The dark country road was quite dark indeed, but they made their way along it using a flashlight they had brought with them for just such an emergency. After walking for quite a while they glimpsed an old house by the side of the road.

Through the window they could see that the house was deserted. There was no furniture inside, and the floor was covered with dust. An old brick fireplace stood cold and empty. The front door was unlocked, so the sisters decided to spend the night inside and find an auto mechanic in the morning.

They stretched out on the floor and fell into a fitful sleep. 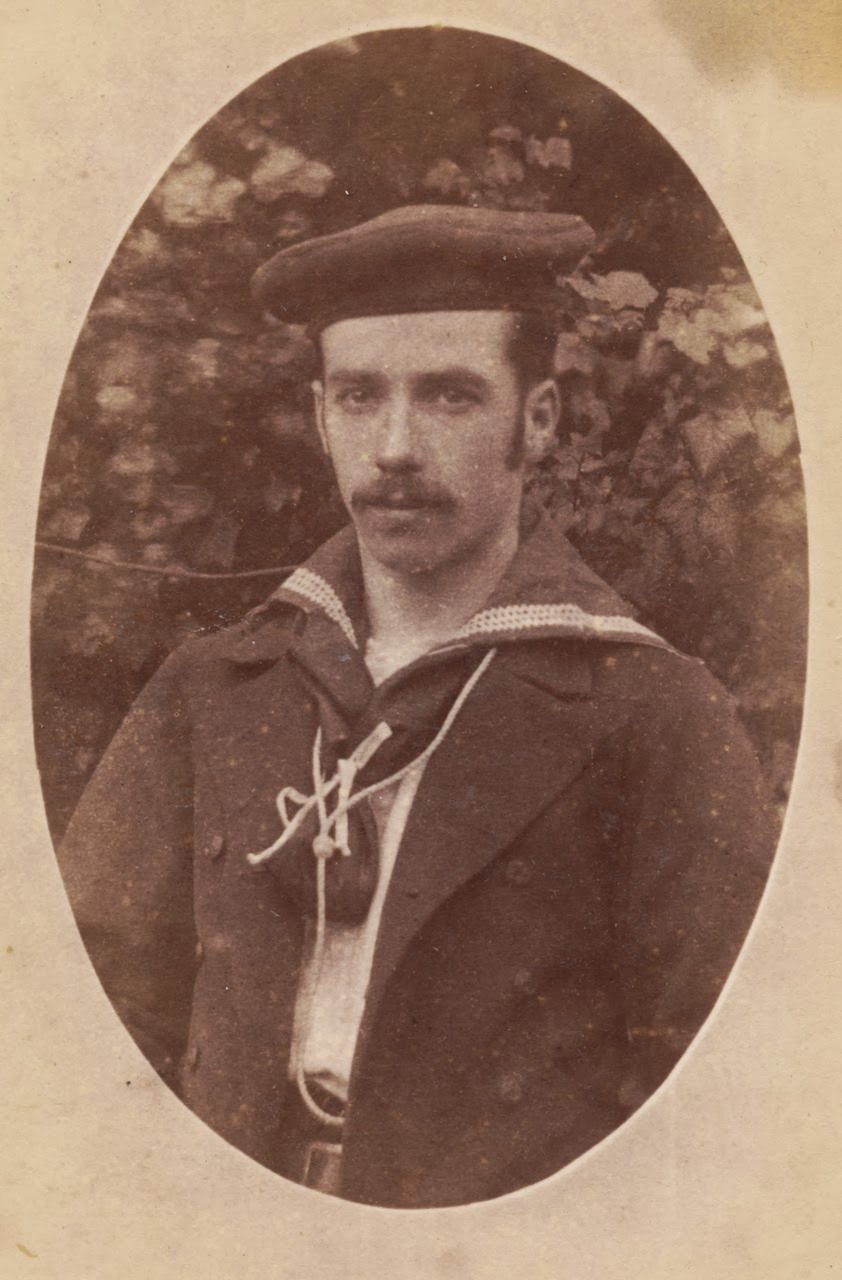 In the darkest part of the night they both suddenly woke up. Standing by the fireplace was  a man in a sailor's uniform, dripping wet. He held his hands out as if he were trying to warm himself at a non-existent fire.

"Who are you? What do you want?" one of the women said.

At the sound of her voice the sailor groaned and disappeared, leaving behind only a puddle of water. The sisters were amazed at this apparition, but both fell almost instantly back asleep, each thinking they had been dreaming.

When they arose in the morning they realized their dream had been real. There really was a puddle of water in front of the fireplace, and a long piece of green seaweed sat in it. As they left the house one sister took the seaweed and put it in her purse. They made their way to a small restaurant where the waitress not only procured a mechanic, but also told them that the old house was rumored to be haunted by the ghost of a sailor who had drowned at sea.

About a year later they were telling their story at a dinner party. One of the guests was a marine biologist who said, "I wish I could see that seaweed." The sister still had it in her purse and produced it for him. He studied it intently for a few moments and then turned to her. His face was pale.

"Madame," he said, "this is a very rare type of seaweed. It only grows on the corpses of people who drown at sea."

This story appears in B.A.Botkin's A Treasury of New England Folklore, and first appeared in a book by the literary critic Alexander Woolcott, who was a member of the Algonquin Round Table and a friend of Dorothy Parker's. Woolcott claimed the story happened in a house in Woods Hole, and that he had the telltale seaweed himself. It had been given to him by the marine biologist, and Woolcott kept it pressed in a book at home.

As I mentioned a couple weeks ago, I like a ghost story where there is some proof at the end that the ghost is real. This story must be doubly true. The sisters find the seaweed which is identified by the marine biologist, AND Alexander Woolcott had the seaweed himself.