A Ghost Story from Spook Hill, Maine: No One's Home After School

Traditionally winter is the time when ghosts are most frequently seen. I haven't seen a ghost this season (that I know of), but I thought I'd post a ghost story today. Here's a nice one I just recently read in Marcus LiBrizzis' Ghosts of Acadia.

A few years ago there was a little boy who lived with his parents in the town of Tremont, Maine, which is located on Mt. Desert Island.

Sometimes if the boy's mother had to work or run errands he would go after school and stay with a baby sitter. The baby sitter's house was on Spook Hill. As befits its name, Spook Hill is supposed to be haunted. Its most prominent ghosts are a procession of shadowy, lantern-bearing figures who can be seen at night processing from Goose Cove to the top of the hill. No one is sure who they are, but local legends connect them to buried pirate treasure. Several other ghosts have also been encountered there. What do you expect? It's called Spook Hill!

One day after school the little boy walked to his baby sitter's house. He knocked on the door, but no one answered. He didn't know it, but his mother had forgotten to tell the woman who babysat that he would be coming over that day. The babysitter wasn't home.

The boy knocked again, and this time he saw an old man peering out from the window. He didn't know who the old man was, but he waved anyway. The old man left the window and the boy could hear him slowly (very slowly) unlocking the door.

The door swung open and the boy stepped into the living room. He couldn't see the old man but he could hear him slowly moving around in the kitchen. The boy stood there for a while in the living room, waiting for his babysitter or the old man to come in, but no one did. After a while he began to feel very tired, so he went upstairs and and fell asleep with his coat on.

A few hours later the babysitter came home. After she let herself in she went upstairs and saw the boy sleeping on her bed. Needless to say, she was very surprised.

When the boy told her an old man had let him in she was skeptical. "No one like that has lived in this house since I've been here," she said to him. Clearly, she thought, he was lying and had somehow broken into her house. 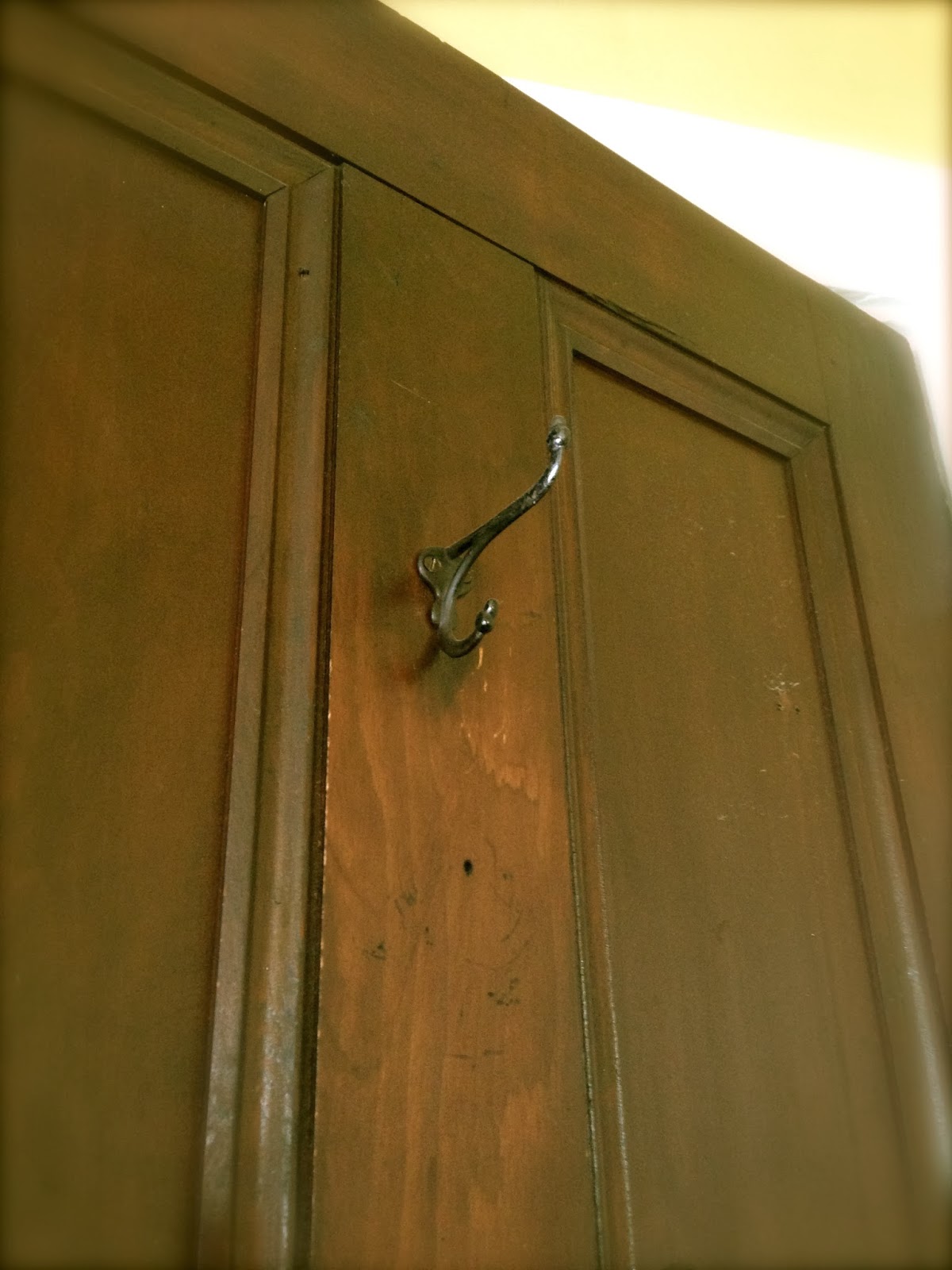 The room had some old metal coat hooks mounted on the wall, and she reached up to take down the boy's coat so she could drive him home. But when she did she paused.

The coat hooks were high up on the wall. She was a grown woman and even she had to stretch to reach them. The boy was very small.

There was no way he could have hung up his coat on his own.

I think that's a great story. To me, the best ghost stories always end by introducing that little piece of evidence to prove the ghost was real. Would the phantom hitchhiker stories be any good without the old woman who appears at the end to say, "That was my daughter and she died twenty years ago tonight?" No. This story doesn't have an old woman, but it does have a coathook that serves the same basic function. The coathook says: the old man really was here.

I also like that this story doesn't have a complicated explanation behind it. It doesn't particularly matter who the old man was, just that he exists. The point of the story is that the dead are not gone and still interact with us. However, if I lived in that house I'd definitely want to know who he was...

Marcus LiBrizzi notes in his book that he heard a similar story from someone else who lives in that area. LiBrizzi calls these ghostly guardians "creepy" but for me it's nice to think there might be someone (or something) watching over us even when the babysitter isn't home.