Dr. Bourne and the Witch's Ghost

The Christmas the Puritans wanted banned was quite different from what we celebrate today. Before the 19th century Christmas wasn't focused on presents from Santa and decorated evergreen trees, but was instead an occasion for heavy drinking and unruly behavior, timeless and rowdy traditions that had been imported from the Old World to America.

Even in the centuries when Christmas was banned or frowned upon in New England it was still celebrated, particularly by working class men, sailors, and fishermen. Coastal towns were often hotbeds of illegal Christmas celebrations.

So it's no surprise that back in 1810 one Dr. Richard Bourne was out celebrating on Christmas Day in Hyannis the traditional way - by getting extremely drunk. Even though he was a physician and the local postmaster, as a Cape Cod resident Dr. Bourne would have been exposed to Christmas celebrations by the many mariners and fishermen who called the peninsula home.

After spending Christmas Day drinking at a tavern, Dr. Bourne began to make his way home to Barnstable after sunset. It was a journey of four miles and the road led through a dense forest that had once been home to Liza Tower Hill, a well-known witch. But Dr. Bourne didn't worry as his horse made her way slowly through the snowy, moonlit woods. She had made the journey many times before and the good doctor was fortified against the cold with rum, beer, and holiday good cheer. Besides, Liza Tower Hill had been dead for twenty years. 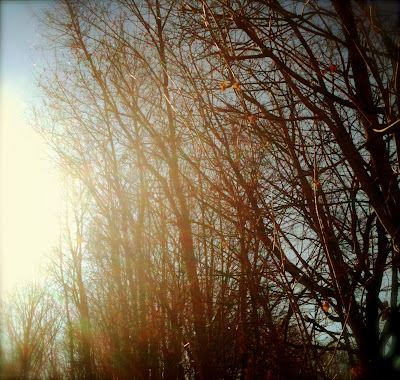 Dr. Bourne didn't worry (or even notice) when his horse strayed from the path and trotted towards Half Way Pond, where the witch had been known to dance in the moonlight. He didn't even care when his horse stopped by the pond and a beautiful woman approached, asking him to dance.

As the night went on Dr. Bourne and the young lady left off dancing and enjoyed more intimate activities. But when the sky began to grow light Dr. Bourne started to become sober. He noticed the lady had vanished, but the man in black clothing was standing nearby. He held out a large black book to the good doctor, indicating he should sign.

The alcohol fog lifted. In a panic Dr. Bourne pulled on his clothes and leapt upon his horse, but he left his boots behind. He was found in a panicky state that morning by a group of men who were traveling through the woods. They didn't believe his story but were amazed that he had survived the night outdoors in freezing temperatures.

After his encounter with Liza Tower Hill's ghost Richard Bourne's life took a turn for the worst. His neighbors mocked him as a lying drunk who claimed he had slept with a ghost, and he lost his job as postmaster. Even worse, the government claimed he had not turned over all the postage fees he had collected and levied a fine against him of nearly $1,000, an enormous amount of money in the 1800s.

After he died penniless the government realized its error (he had only owed $30) and gave his daughter Abigail the $1,000 they had erroneously collected. It was too late for Dr. Bourne, but I'm sure his daughter appreciated both the money and the fact that her father's reputation was now at least partially rehabilitated.

Witches, ghosts, infidelity in the woods, Satan, heavy drinking and Christmas - there's a lot to like in this story! It's from Elizabeth Reynard's The Narrow Land, and she got her information from Amos Otis's Genealogical Notes of Barnstable Families. I do wish things ended more happily for Dr. Bourne though.

I think the presence of witches and ghosts in a Christmas story might be surprising to some modern Americans, but in much of pre-modern Europe Christmas was actually a time when ghosts were said to be wandering the land. Dickens didn't just include four ghosts in A Christmas Carol randomly. He was drawing upon ancient traditions. Even today in America Christmas is tinged with the supernatural, what with Santa, flying reindeer, and those elves working away at the North Pole. And there's only a very fine line between elves and ghosts. As Jacob Grimm wrote, "The dead were known to the Norsemen as elves."