Liza Tower Hill, the Witch of Half Way Pond

Elizabeth Lewis was born in Barnstable, Massachusetts sometime early in the 18th century.

Although she and her parents lived near Crooked Pond, an area of Cape Cod which at the time was quite remote, as a child she walked without fear in the dense forest, unafraid of wild animals or getting lost after dark. There were rumors she even hunted with the local Indians.

To her English neighbors it all seemed a little uncanny. Why wasn't she afraid like other girls her age?

As she grew older Elizabeth, or Liza as she was known, also became quite wise in the ways of curing animals and diagnosing problems with crops. Wiser than one so young and pretty should be, her neighbors whispered. Who (or what) had given so much knowledge to Liza? Perhaps she was a witch and in league with the Devil.

Liza's uncanny reputation didn't stop William Blatchford from proposing to her, and when she was sixteen she and William built a house even further in the forest near Half Way Pond. Isolated from the community, they raised a family deep in the woods, coming into the town of Barnstable only to attend Sunday services. By this time Liza had a full-blown reputation as a witch and other women would avoid her touch when she drew near. Her husband's family had originally come from the Tower Hill section of London, so when the townspeople whispered about her they called her Liza Tower Hill, half in derision and half in fear. 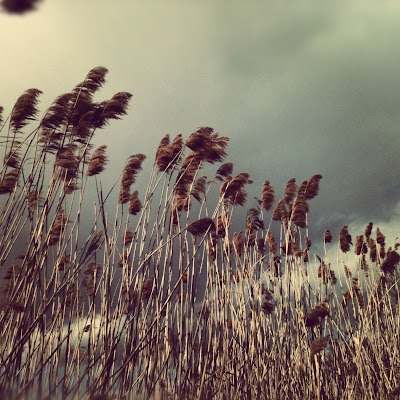 Many stories were told about her witchy ways. The forest near Half Way Pond was supposedly luminous, and on moonlit nights travelers said they saw Liza dancing on the surface of the pond as animals and other less easily identifiable creatures watched with delight.

Some travelers found their way to Liza's pond unwillingly. The historian George Lyman Kittredge was told by an elderly neighbor how one Mrs. Loring of Barnstable was riding homeward through the woods one day when her horse unaccountably headed towards Half Way Pond. No matter how hard Mrs. Loring tried, the horse refused to obey her and instead circled the pond for hours. Clearly, Mrs. Loring said, her steed had been bewitched.

Liza allegedly used her witchcraft to protect her family as well. One of her daughters took a servant job at the home of the wealthy Allyn family, who mistreated the girl. Shortly thereafter their house became haunted. A large cat appeared mysteriously in the Allyn house, howling at all hours of the night. Even when the cat was turned out it could still be heard in halls and on the stairs, roaming invisibly. Chairs were smashed by unseen hands, and tables were knocked over. Many members of the Allyn family claimed the haunting was Liza Tower Hill's vengeance.

Of course, Liza was also accused of riding men in the night like horses, a traditional witch activity. For example, a Mr. Wood of West Barnstable said Liza saddled him and rode him to Plum Pudding Pond in Plymouth for midnight witch meetings. Since she was an attractive woman, this may just have been wishful thinking on Mr. Wood's part.

Liza may have met her end because she rode another man like a horse. Benjamin Goodspeed of East Sandwich claimed that Liza rode him nightly, and to escape her witchery he boarded a ship sailing from Barnstable. As the ship departed he thought he was free, but as he looked landward he saw a large black cat swimming after the ship. Needless to say the sight made him uneasy. That night Liza came to him in his dreams and rode him even more furiously than before.

Exhausted, the next morning Goodspeed once again saw the cat swimming after the ship. Realizing it was Liza's spirit in feline form, he loaded a gun with pages from the Bible and shot the cat in the head. The supernatural feline howled and sank below the waves. Back in her cottage by Half Way Pond Liza died suddenly at her spinning wheel, her eyes wide open and staring into the void.

It's a dramatic story but it may not be true. Records show that Liza Tower Hill died in July of 1790 from old age, not mysteriously at her spinning wheel. Although she had lost her beauty she had retained her independent spirit to the end.

Personally, I think Liza Tower Hill is a really nice embodiment of the mythic witch. She's the type of witch everyone would like to be! She was wise and attuned with nature, but definitely not someone you'd want to mess with. She was independent and feisty, but not particularly malevolent. If she had lived in the previous century and outside Cape Cod she undoubtedly would have been brought to trial for witchcraft. Happily she was born after the witch trial fury had burned out, and Cape Cod never had many witch trials to begin with. Perhaps even then people on the Cape were a little more tolerant of eccentrics.

Although Liza died in 1790, it's hard to keep a good witch down. Witches are able to send their spirits out of their bodies while alive, so for many witches death is just a minor inconvenience. Well, at least in folklore. Next week I'll tell you what happened to Liza after death. Conveniently it's also a Christmas story!

Most of the information for this week's post is from Elizabeth Reynard's The Narrow Land, while the story about Mrs. Loring's horse is from George Lyman Kittredge's Witchcraft in Old and New England.

Interesting legend! There is some suggstion that women accused of being witches were "feminist" so to speak, or at least, successful, confident women in some way, and sometimes, successful women without men in their lives. The legend of her riding of bewitched men might relate to this socio-sexual-political legend-making. In general the accusation of "sorcery" (associated with gaining control, cursing, necromancy) in many parts of the world is associated with forms of social control for individuals acting outside social norms. (Other forms of magic were often considered OK in the same societies if used for healing and divining, etc.)

Enjoyed reading your article. Elizabeth was my 6th Great Aunt and daughter of my 7th Great Grandfather, Benjamin Lewis. I love the stories I read about her. Did you know that she was not the only one who had a reputation in her family for partaking in witchcraft?

Hi Tammy, Eliabeth was my 7th (i think) great grandmother. I guess that would make us cousins. I would love to hear more about our family and witchcraft!

Hello . I am also related to the wonderful Liza Tower Hill through the Blatchfords. My grandmother was Mernetta Louise Blatchford Hopkins lived in Shanghai for many years. I would love to correspond with any other of Liza's line. Please email me on adydale@xtra.co.nz. many thanks Adrienne Dale.

Hello cousins! I recently learned that she is my 6th or 7th great aunt as well! I am trying to compile a family tree and would love to correspond with you all! Please email me at clisbell@aol.com. other contact info can be give as well.