Kidnapped by Witches in Plymouth

I have been very much on a witch groove these days. I could say it is because of the increasing darkness this time of year, but I think I'm always kind of in a witchy groove. You can't like New England folklore without liking witches!

Here's a nice little witch story from an 1893 book called The Old Colony Town and Other Sketches, by William Root Bliss. The Old Colony in the title refers to Plymouth, Massachusetts. Plymouth, settled by Europeans in 1620,  was considered the old colony when compared to Boston, which was only settled in 1630, and therefore was newer.

These 19th century local history books often have a chapter on witchcraft stories, and The Old Colony Town is no different, having a chapter of stories which Bliss heard from two elderly Plymouth ladies. I particularly like the following one.

In the Plymouth forest near Buzzard's Bay lived two old witches. They never came out during the day, but at night they would emerge from their house and wander around in the gloom, casting spells on anyone unfortunate enough to encounter them. One night they met a boy walking through the woods, and charmed him into following them home. He quickly fell into a deep slumber in the main room of their house. 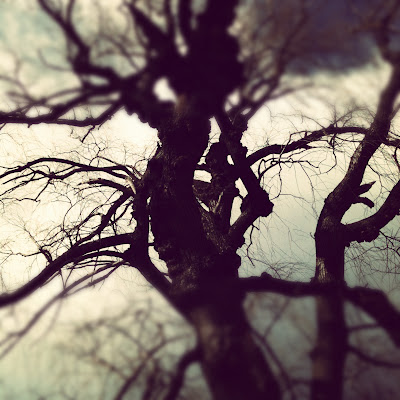 Around midnight the boy awoke to see the two witches pulling a quahog shell from the oven. The women rubbed the shell behind their ears and said, "Whisk!" In an instant they vanished up the chimney. Curious to see where they had gone, the boy also picked up the shell and rubbed it behind his ears. After saying the magic word, he found himself transported up the chimney into a meadow where the two witches were mounted on black horses. Noticing their new guest, one of the witches produced a bridle and put it on a bundle of straw, which was transformed into a pony. The witches galloped off across the meadow, and the boy followed them on the pony into the night.

After a while they came to a brook, which the witches' horses easily leaped over. When the boy's pony leaped the brook, the boy exclaimed: "A pretty good jump for a lousy calf!" As soon as the words came out of his mouth, the pony reverted back to a bundle of straw, and he was forced to run after the witches on foot.

Winded and tired, he came to an old abandoned house with the black horses tied outside. From inside he could hear the sound of fiddle music. Peering in one broken window he saw the two witches and other elderly ladies dancing around a black man playing the fiddle. Terrified at what he saw, the boy ran away into the woods. Eventually he came to a to a farm house. The farmer and his wife took the boy in, and returned him to his family the next morning.

There are a lot of interesting aspects to this little tale. It definitely has a dream-like feeling, with the witches who only emerge at night, and the sleeping boy who sees them fly up the chimney. (Much like Santa Claus does in a Visit from Saint Nicholas!) When the morning comes he "awakens" and is once again back at home with his parents. The journey on the horses across the meadow and over the brook is reminiscent of various mythic journeys to the Otherworld, which is often separated from the normal, mundane world by a river. Many New England witch stories deal with issues of women's power, and I think it's salient that the witches kidnap a boy, rather than a girl, particularly since a magic bridle is involved. In most stories about witch bridles, the witches use them to subjugate men who have mistreated them. The sexual and gender issues are quite obvious in those stories, but in this one they are a little more oblique since the boy is obviously young.

It's also significant that the boy breaks the spell over the straw bundle by speaking. Silence is magically powerful in a lot of New England folk stories. For example, Eva Speare's book New Hampshire Folk Tales mentions a spell to immobilize witches that is broken only when someone speaks, and also claims that if you manage to put a witch bridle over a witch, she will obey you until you speak. A single word will set the witch free.

The black man playing the fiddle is obviously the Devil, but black is probably not being used in it's current meaning of having African ancestry. In colonial New England black clothing was quite expensive due to the dyes that were used, and only the very wealthy and important (like ministers) could afford it. Many stories describe the Devil as being dressed in black clothing which signifies his power and material wealth.

I hope you enjoyed your Mabon - ditto for others reading your very interesting blog.

I was inspired by your article to try to find the book by WmRoot Bliss. Alas, neither our local nor county library had it. Therefore, I looked it up and it's available online:


This site also has the book on audio. These spooky tales make for great fun on Halloween!

Eerie. There are obvious parallels to old-world tales of the fairyfolk, not to mention the modern-day analogue of alien abduction and "missing time." Thanks for sharing.

Thanks everyone for your comments. I'm glad you liked this story as much as I did. Trippler, I also used an electronic copy of this book since my library didn't have one. Very handy!

To the anonymous poster who mentions fairyfolk and aliens: I definitely think there are some parallels in this story. For the English colonists who settled here, witches and the Devil were the default supernatural beings. They didn't bring over the English fairy beliefs when they immigrated. In Europe these night time abductions would have been blamed on fairies, but here in New England they were blamed on witches because they were the main supernatural entity in the colonists' worldview.