October is Halloween month. The days are getting darker, the air is getting cooler. It puts me in the mood for spooky stories, and tales about witches.

Tony and I went with our friends Lori and Dave up to Salem for our annual pilgrimage. This year rather than visit a cheesy (but scary) haunted house we went someplace with an authentic connection to the Salem witch trials - the Salem Witch House, the former residence of witch trial judge Jonathan Corwin. 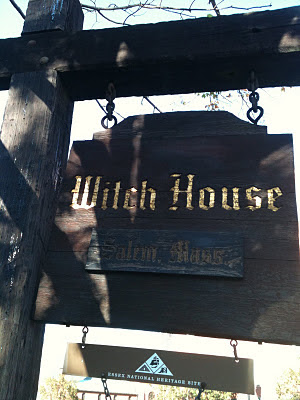 Located just off the main drag, the Corwin house is an impressive example of 17th century architecture. Jonathan Corwin bought the house in 1675, but I believe it was built in the 1650s. Now that's an old house! 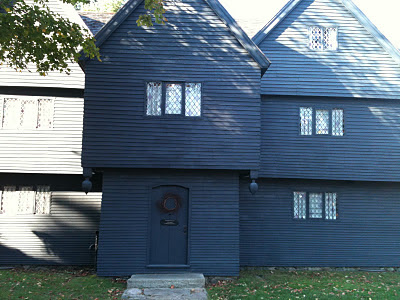 Jonathan Corwin was born in 1640, and became quite wealthy as a merchant. He served Salem (and Salem Village) as a magistrate, and dealt mostly with petty crimes like public drunkenness and burglary. However, given the penal code of the day, even though the crimes were petty I am sure he delivered some harsh punishments. For example, convicted burglars were branded with a "B" on their hands or forehead, depending on their number of convictions. 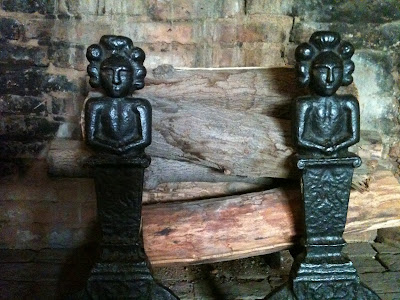 Corwin was appointed to serve on the witch trials only after Haverhill's Nathaniel Saltonstall resigned. Saltonstall had quit in protest over the admission of spectral evidence in the trials. 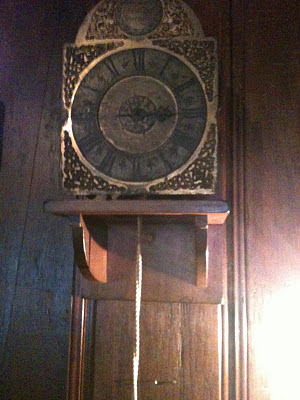 People at the time believed that witches could send their souls (or specters) to attack their victims. The afflicted girls in Salem Village claimed they could see the specters of the witches who were attacking them. Although no one else was able to see them, this spectral evidence was still allowed in the court. 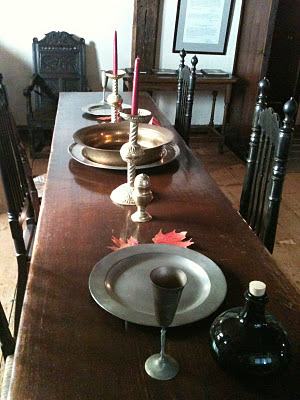 It appears that Jonathan Corwin had no qualms about accepting spectral evidence, but not much is known about his role in the trials. Records from the time are incomplete. Corwin did sign multiple arrest warrants and transcribed the records of several trials. 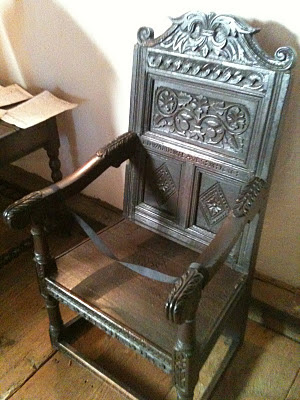 Corwin's role in the trials did not have a negative effect on his reputation. Although it was eventually acknowledged that the trials killed twenty innocent people, Corwin went on to serve on the state legislature. He died in 1718 at the age of 78. 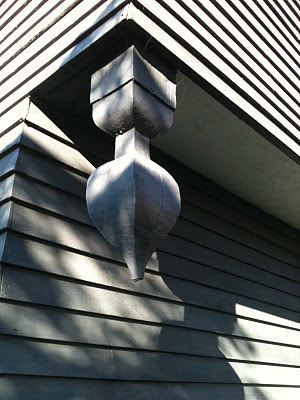 The Salem Witch House is definitely worth a visit. The architecture is great, and the building is filled with furniture and artifacts from the 17th century. They let you take photos (no flash allowed), which I think is unusual for a house museum. There are also some interesting displays around the house about witchcraft beliefs of the time.

I got my information about Jonathan Corwin from Wikipedia.

Next week: how to make a poppet!

Very cool article. I'd like to go visit that house. Have you ever been to Witch Bridge in Norton, Ma?

Thanks for the post Peter! I love visiting Salem, and do so several times a year!