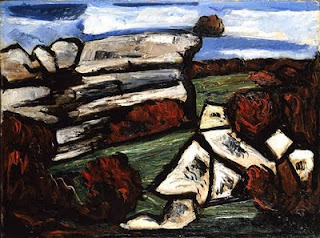 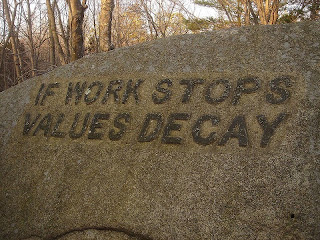 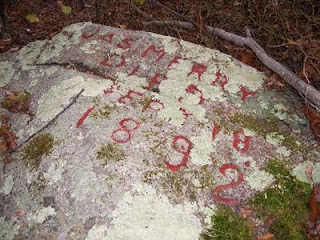 My main resource for all this is Richard Cahill's Things That Go Bump in the Night. I don't think its available online, but you can find it at many New England gift shops.

The account of Merry's death in the Boston Daily Globe for September 12, 1892 makes it pretty clear he was gored through the chest.

Thanks for your comment. Does the Globe article have any comment from his friends about his wounds? Their comments on his wounds seem to be why Richard Cahill suggests his death was unusual (or even more unusual than being gored by a bull)!

Crane's beach is in Ipswich, not part of Cape Ann at all and quite far away from Dog town. Not likely to be the same creature haunting Dog town. James was gored to death by the bull he had fought and thrown down. The bull had reached his full size by the time Merry tried again and clearly there was no contest that time. Chill is incorrect.

For an animal to get to the vicinity of Dogtown from the Cliffs of Castle Hill at Crane Beach, it would have to traverse the length of Crane Beach (~3 miles), swim the mouth of the Essex River(~3/4 mile), traverse the length of Wingaersheek Beach(~2+ miles), then traverse the Mouth of the Annisquam River. Assuming, arguendo, the creature made it across the Essex & Annisquam, the animal would be in very close proximity to Dogtown after traveling a total of 6.25 Miles. Traversing the rivers on an outgoing tide would most likely carry one out to sea unless there was some kind of supernatural strength or other power involved (i.e. Changing back to human to steal a boat then back to a werewolf after crossing the river).

Regardless, there's still hope due to the fact that my six year old who frequents the wilds of Cape Ann with me insists that she is a werewolf. (The reason that we are reading this page! :)

Thanks for the comment and for doing all that math. It's like a supernatural word problem! You do make an interesting point, but werewolves may not be purely physical beings but instead just spiritual emanations that take the form of wolves. For example, the Puritans thought that witches' souls could take the form of animals and wander around while the witches were sound asleep at home. Werewolves may be something similar, a psycho-spiritual phenomenon instead of a physical one.

As I've learned from THE SIMPSONS, that font of folk wisdom, anomalous data can always be explained away. "A wizard did it!" https://www.youtube.com/watch?v=sVgVB3qsySQ

Thanks for the post Peter! For such a small part of New England, Dogtown sure has a bunch of legends, werewolves being just one of them.