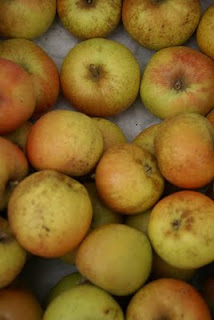 I feel I should wrap up this post on a dramatic note, like "And I've seen the bloody ghosts of Peter Parker and Joseph Warren wandering in the orchard!" I haven't though, so the stories will have to stand on their own.

Thanks for the post Peter! While apples are grown across the country, I've always felt it was a New England fruit!