Well, it's October. Spooky month, as people say. Every month is spooky on this blog, but I'll try to share some particularly nice stories this October. Let's conjure up those Halloween vibes!

I don't think I've ever been to Norton, Massachusetts but I may have passed through it. It sounds like a small, quiet New England town. They only got their first traffic light in 1997, so it's very quiet. But small New England towns often harbor strange secrets, as every Stephen King fan knows.

For example, a rock behind the Norton's elementary school supposedly is imprinted with the Devil's footprint. The Evil One made it in 1716 as he carried off George Leonard, who had sold his soul for material wealth.

Norton is also located inside the Bridgewater Triangle, an area famous for its paranormal activity. The town certainly has had its share of weird happenings. For example, a couple weeks ago I posted about a lizard man seen in Norton in 2001. More famously, in 1971 a Norton police officer named Thomas Downy saw something with an 8 to 12 foot wingspan flying overhead as he drove home through Easton late one night. Small towns seem to get the best monsters!

Norton was first settled in 1669, so it's a relatively old town. These days people tend to blame paranormal phenomena on ghosts, aliens or dimensional gateways, but in the past witches were usually blamed for strange events and misfortunes. That was certainly the case in Norton. 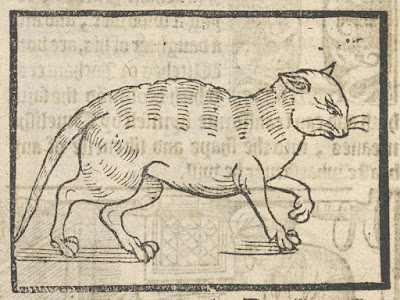 The most famous witch in Norton's history is Ann Cobb. Interestingly, very little is known of her witchy exploits but a bridge in town is named after her (Ann Cobb Bridge). It is more commonly known as Witch Bridge or Witch's Bridge. Ann Cobb used to live near the bridge that now bears her name, which was about two miles away from the town center. According to a local legend, one day she set out from her home for the center and arrived there within minutes, much to the consternation of the townspeople. How had she traveled so quickly? People suspected that perhaps she flew, or was transported by some sort of evil spirit. The incident was enough to cement her reputation as a witch and to merit a bridge being named after her. Ann Cobb died in poverty as a ward of the town in 1798.

Dora Leonard was also suspected of being a witch. Farmers blamed Dora and her magic when their animals escaped from the barn or their pens. Two young boys also blamed her for their bad luck hunting squirrels. According to the boys, they had trapped a particularly large squirrel in a tree and shot at it repeatedly. They missed every shot, though, and the squirrel escaped unharmed. As the boys trudged home they saw a strange cat watching them. They told everyone who would listen that the cat was really Dora and she had bewitched their guns. Much like Ann Cobb, Dora Leonard was impoverished in her old age and the town took care of her financially. As she lay dying in 1786 her house was filled with strange noises. The neighbors who were attending her final moments fled in terror.

Naomi Burt was the third Norton woman believed to be a witch. Like Dora Leonard, Naomi was said to cause mischief and minor mishaps. Wagons lost their wheels if they passed by her house and oxen escaped their yokes thanks to Naomi's witchcraft. Children particularly feared her and held their breath if they passed by her residence. Sadly, Naomi committed suicide on July 4, 1808. Old legends about witches are entertaining and spooky, but being impoverished and a social outcast can be grim and lonely.

My sources for this week's post are Duane Hamilton Hurd's History of Bristol County, Massachusetts. With Biographical Sketches of Many of Its Pioneers and Prominent Men, Part 2 (1883), and George Faber Clark's  A History of the Town of Norton, Bristol County, Massachusetts, from 1669 – 1859 (1859. This article from Patch.com also had good information about the Norton witches.

Hi Peter! Just wanted to leave a comment to say it’s been a pleasure reading your blog. I’ve spent every evening this past week reading through all your posts, and even visited a few places you’ve written about. Legends and Lore of the North Shore is next on my to-read list!
With gratitude from Watertown,
Lauren

Hi Lauren! Thanks for reading. It's always nice to hear from someone who appreciates the blog and shares my interest in New England folklore. And thank you for buying the book!