The Cursed Village: The Witch of North Pepperell

North Pepperell is a village that no longer exists. Centuries ago it was a prosperous part of the Massachusetts town of Pepperell. But now it's just a memory and a few ruins hidden in the woods. The village became a ghost town after it was cursed by a local witch. Well, at least that's what the legends say.

Pepperell was settled in 1702 and incorporated as a town in 1775. Pepperell was known for its farmlands and orchards, but the village of North Pepperell was a center of industrial activity. Located along the Nissitissit River, the village (which was also called North Village) supported a sawmill, a gristmill and a cloth mill, as well as a blacksmith and a cigar manufacturer. It also had a school and a tavern.

Sometime in the early 1800s a strange woman moved to the village. Some sources don't name her, while others claim her name was Mrs. Lovejoy. New Englanders can be standoffish even today, but back then the region's Puritan influence was still strong and newcomers who didn't fit in were viewed with great suspicion. And Mrs. Lovejoy definitely did not fit in with the industrious folks of North Pepperell. 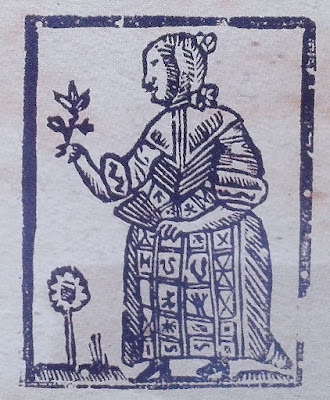 She lived alone in a rundown shack near the schoolhouse, and she let her pigs and cows wander into her neighbors' fields. She dressed strangely and wore a handkerchief over her head. She also never talked with her neighbors. None of this behavior is particularly criminal or really even that strange, but it was enough to make Mrs. Lovejoy's neighbors eye her with suspicion.

I'm sure you can see where this is going. People in North Pepperell soon began to mutter that Mrs. Lovejoy was a witch, and eventually three men decided to do something about the "witch" in their midst. In 1820 they went to Mrs. Lovejoy's shack and dragged out the elderly woman. Then they branded her in the middle of her forehead with a hot iron rod.

She shrieked in pain, but when she regained her composure she cursed her assailants. "This village will die. Flames will devour your businesses! The river will dry up! Death will visit each house!" And with that she fled into the woods, never to be seen again.

At first the people of North Pepperell congratulated themselves on getting rid of Mrs. Lovejoy, but their attitude changed as misfortune repeatedly struck the village. First the sawmill burned in a mysterious fire, then the gristmill. Over time the village's other businesses burned as well. The town's industry was decimated. People tried to rebuild, but the village's dam burst and the river's water level sank to a level that couldn't support any mills.

Of course, the river was still deep enough to drown a four-year old boy who fell in. His accidental death was just one of many that haunted North Pepperell. One man tripped over a chair, instantly breaking his neck, while another died when he fell from his wagon after the horses became startled by something unseen. A respected community member choked to death in front of his family during dinner. A young woman went to milk the cows in the barn and disappeared. Her body was never found.

Those villagers who didn't die under mysterious circumstances began to move away, driven by economic desperation and fear of the witch's curse. The last of the curse's victims may have been two elderly sisters who died in 1900. One night they saw a fire in the woods near their house and tried to extinguish it. The fire overwhelmed them both, but only one body was ever found.

They were the last inhabitants of North Pepperell. Now the village has been taken over by the trees and birds. A few rock walls are the only signs that anything was ever there at all.

This legend appears in a few different places, but the most comprehensive account I've seen is in Joseph Citro's 2004 book Cursed In New England: Stories of Damned Yankees. Joe is a great storyteller and I always enjoy reading his books.

There are lots of stories in New England about witches' curses, and most follow the same  basic pattern. Suspicious townspeople harass someone they suspect is a witch. The harassment turns violent or even deadly. The suspected witch curses their abusers. The curse happens and the townspeople regret what they did.

The story about North Pepperell fits this pattern, but it's interesting that it supposedly happened in 1820. Certainly witchcraft beliefs lingered in New England well after the 17th century witch trials ended, but it's surprising to read about people attacking an alleged witch in the 19th century. Of course, the story may not be true and could just be a legend to explain the misfortunes that ruined North Pepperell. I don't think there are any legal documents or town records corroborating the legend of Mrs. Lovejoy.

On the other hand, according to Cursed In New England, some people speculate that Mrs. Lovejoy may have actually been a Quaker who was persecuted for her religious belief. I suppose that's possible, since the Massachusetts Puritans executed several Quakers in the 1600s. The anti-Quaker laws were repealed in the early 1660s, though, so it seems strange that the North Pepperell villagers would still be branding a Quaker 120 years later. Maybe I just underestimate how bigoted and violent people can be.

Regardless of its truth, the lesson behind this legend is ambiguous, as it is with many of these witch's curse stories. Mrs. Lovejoy is presented as an innocent old eccentric who is not a witch. On the Yet, she has the ability to curse an entire village, causing destruction and many deaths. What agency is responsible for the curse coming true? Is it God? Karma? Or perhaps it's witchcraft after all?

You'd think with the usual results of persecuting an old woman for being a witch, folks in the day would've just left them alone.

Now if someone could explain what is wrong with Townsend

very nicely written. As a lifelong resident of Pepperell I have always been fascinated by this legend and frustrated that there is no real documentation to support the stories.

Thanks everyone for the comments!

Read about the construction of the Spaulding School with the Bat on the top or the town library with a Witch on top and you’ll start to understand.