Cat, Crow and Cream: Perils of Being A Witch

Lots of younger people are interested in traditional forms of witchcraft these days, as a quick search through Tumblr will demonstrate. I think that's fine. Many people dabble in the occult and it's definitely an interesting topic. However, be aware that witchcraft is not all fun and games. 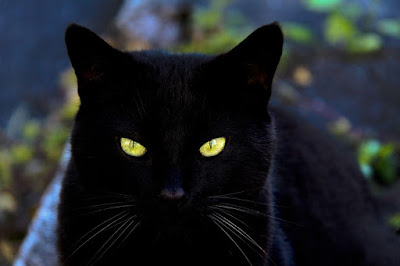 For example, here is a little folk story about witches from late 19th century Western Massachusetts:

BEWITCHED CREAM
Daniel Smith was churning. He looked into the churn and then to see what progress he was making, but the butter was no nearer to coming the last time he looked than it was the first. The suspicion grew on Mr. Smith that there was something uncanny about this fact. The more he thought about it the more certain he became that there was a witch in the cream. To expel the evil spirit he dipped up a little of the cream, and threw it into the fire. Immediately after that the butter came. That same day it was reported that Widow Brown had burned herself. Then Mr. Smith knew it was the Widow Brown who had bewitched his cream. (Clifton Johnson, What They Say in New England, 1896)

Now compare that with this story collected in the 1930s in Peterborough, New Hampshire about a witch named Mrs. Stinson:

A cat somewhere in town was observed to act strangely; hot water was thrown upon her and straightaway Mrs. Stinson's back was dreadfully afflicted with St. Anthony's (erysipelas). On another occasion a good man near Sharon shot at a crow many times, but the bird only flew around and laughed at him. He at last took off a silver sleeve button and with it broke the crow's wing; immediately Mrs. Stinson was found to have a broken arm. (Eva Speare, New Hampshire Folk Tales, 1932)

Although we tend to think of folk stories about witches as spooky or creepy, most of them are actually instructional tales about how to defeat witches. They usually end with the the wise farmer or clever housewife defeating the witch through a little defensive magic, as the stories above illustrate. The heroine of these tales is not the witch. 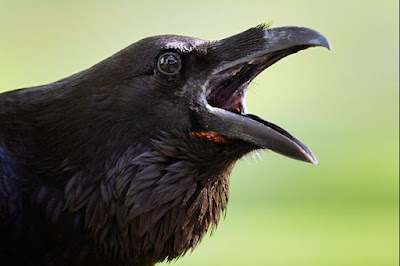 Witches were believed to work their mischief by sending their souls out of their bodies and into food, animals, or farm implements. This was a cool magical power, but left the witches very vulnerable because their bodies experienced any harm inflicted on the food or animal. A silver object (a button or a bullet) could injure or kill even the toughest witch.

So just a word of caution for young people thinking about practicing traditional forms of witchcraft. Watch out! Someone might throw the cream into the fire.

What were your sources on these stories, Peter? I'm guessing one was Eva Speare's 'New Hampshire Folkore', but I'm curious to know. Another interesting post, sir.

Hi Bret! I'm glad you liked the post. I'm sorry if the sources weren't apparent. You are right that one is Eva Speare's book. The other is from Clifton Johnson's WHAT THEY SAY IN NEW ENGLAND, which has some interesting stories in it.

Somehow I missed those... its the Mandela effect I guess ;) Thanks!