Howling In The Woods: A Terrifying Tarzan In Wellfleet

Imagine yourself alone in the woods on a late autumn evening. The leaves are down and bare tree branches rattle in a chill wind blowing off the nearby ocean. It's quiet. All you can hear is the sound of dry leaves crunching underfoot. Maybe the smell of snow is in the air.

Suddenly, in the deepening gloom, you hear a howl. You can't tell where it's coming from but it sounds close. You pause. Maybe it was just a dog?

Then you hear it again. It sounds closer this time. It's definitely not a dog. Is it a human? Maybe, or maybe it's something you don't want to face alone in the dark woods.

The thing howls again, even closer, and fear overpowers curiosity. You run for home like the Devil himself is behind you. For all you know, maybe he is. In December of 1939, the Cape Cod town of Wellfleet was plagued by someone (or something) that screamed and howled in the night. It was a season for strange apparitions on the Outer Cape, for the this was the same time that Provincetown's more famous Black Flash was running amok a few miles down Route 6. Unlike the Black Flash, though, no one ever saw the source of the strange howls that were heard in Wellfleet. He, she, or it remained unseen. 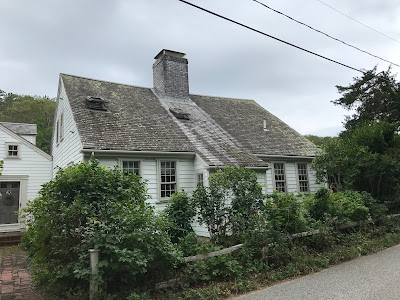 The noises were focused in Wellfleet's Paine Hollow neighborhood, and were heard only at night. Some locals jokingly said they were being made by Tarzan, but others took the noises seriously enough to form an armed mob:


‘Tarzan’, in case you don’t know, is the name of our local phantom, a sequel to Provincetown’s ‘Black Flash’, maybe. Anyhow, the people were out the other night, armed with clubs and hammers and shot guns to track down the source of the strange noises that had tormented them for days. They combed Paine Hollow with minute precision, but ‘Tarzan’ remained elusive. (The Provincetown Advocate, "Tarzan Is Making Wellfleet Uneasy", December 14, 1939)

I suppose the noises were most likely made by a hoaxer, but The Advocate also suggests it was a local bull unhappy that his owner had locked him up during deer hunting season. Whatever it was, it's never a laughing matter when armed people go stomping through the woods looking to find a monster. Anxiety was running high that year on the Outer Cape. A sea serpent had been found in January in Provincetown, fishermen were afraid Nazi U-boats were lurking under the waves, and the Black Flash had terrorized Provincetown a few weeks earlier. People were stressed and ready to shoot something. 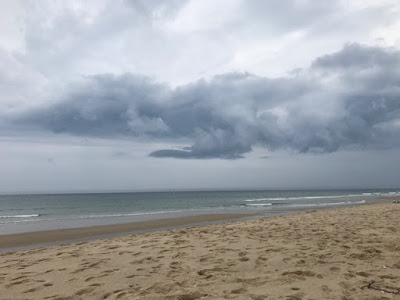 Happily, no one was shot and I couldn't find any information about the Wellfleet Tarzan beyond that one article. Maybe the hoaxer quit when he learned about the armed mob, maybe the cow stopped complaining, or maybe Tarzan swung back to the jungle. Either way, Tarzan made an impression on the people of Wellfleet:

The residents scoff at the thought of a phantom ‘Tarzan’ swinging through the tree tops South Wellfleet, yodeling like a sick sea-clam to scare little boys. But the good neighbors look beneath their beds before retiring these nights - I betcha! (The Provincetown Advocate, "Tarzan Is Making Wellfleet Uneasy", December 14, 1939)

First guess would be a red fox. Some of the noises those things make are ridiculously eerie. Also, there's a history of mountain lion sightings on Cape Cod, so a rogue puma could be the source of the vocalizations as well.


I have visited many of blogs!And found many good Knowledge