Something Monstrous Is Out There: The Truro Wild Man of 1879

I am fascinated by old stories about wild men in New England. What is a wild man? Well, I'm sure you're familiar with Sasquatch, who is said to be large, hairy and humanoid. Before the concept of Sasquatch caught on in the 20th century, though, folks in these parts reported seeing wild men. And yes, I just used the phrase "folks in these parts." It makes me feel like I should be smoking a corn cob pipe, but it's a good gender neutral descriptor and I'm letting it stay.

Anyway, back to the wild men. Unlike Sasquatch, who is supposedly a distinct species of animal, wild men are a little more ambiguous. The term was used to describe all sorts of strange beings: apelike monsters, humanoids covered in hair, and even people with mental illness who lived in the woods. A wild man was basically any human (or human-shaped) being who dwelt outside the boundaries of society. Invariably they elicited a terrified reaction from anyone who saw them.

For example, citizens of Truro, Massachusetts were terrified when a wild man appeared in that Cape Cod town in May of 1879. I spend time in Turo every summer, and even though it's now a beautiful vacation town there are still a lot of big empty spaces. You can walk in the woods for hours and not see anyone, and even the beaches are devoid of other people at certain times of day. I suppose it's not surprising that a wild man would appear there.

The Truro wild man was first seen crawling in and out of the windows of an abandoned house by a group of school children. They of course reacted with terror and ran home to tell their parents they had seen a monster. The children described the wild man as gigantic and shirtless.

At first the adults in town didn't take the story seriously, but the children continued to see the wild man for several days in the vicinity of the abandoned house. Fear spread through the neighborhood and a search party was finally formed to find the wild man. They searched the abandoned house and the area around it but did not find the monster. It seemed that he had escaped. 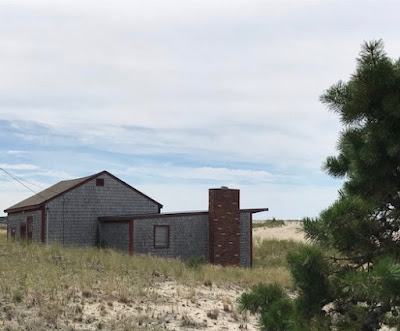 The identity of the wild man was revealed a few days later. He was not a monster after all, but was actually a "well-disposed" man of Portuguese descent who was interested in buying the abandoned house. Apparently he had been climbing through the window so he could see what the interior looked like before he purchased the property. I don't know why he was shirtless.

That information comes from the May 29, 1879 issue of The Provincetown Advocate. Although in the end there was no actual wild man, I find it fascinating that both children and adults thought there could be a monstrous hairy humanoid wandering through town. Even if a real wild man was not in Truro there were wild men lurking in the shared Truro subconscious. 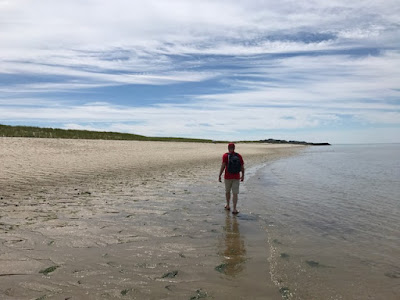 It's also interesting that the wild man in question was really someone Portuguese. People of Portuguese descent now compose a big part of the population in southeastern Massachusetts and Cape Cod, but there was a time when mostly people of English ancestry lived in those areas. The kids in Truro were basically freaked out by someone from a different ethnic group. It's good that the story had a happy ending and that the "wild man" was not shot by a search party.