Swamp Woman and Other Dangerous Spirits

If you are out alone in the woods please be cautious if you hear someone crying and moaning. It could be Swamp Woman trying to to trick you, particularly if you are a man.

Swamp Woman is a spirit found in Penobscot folklore from Maine. In Algonquian her names are  Swaktemus and Pskegdemus, but most people think both names simply refer to the same being. She should be avoided at all costs whatever name you give her.

Swamp Woman lives alone in the forest, and wears only moss. Moss also grows in her hair, which is so long that it covers most of her body. I think that's a pretty distinctive look, so you'll probably know if you encounter her.

Poor Swamp Woman is lonely, and cries out in the woods for men and children to come live with her. She is particularly fond of hunters, but perhaps they are just the men she sees is the most familiar with. Maybe she would like high-tech nerds or Uber drivers just as much if she encountered them more often. Regardless of their profession, anyone who responds to her call is never seen again. Do they die? Do they live with her forever in her swampy forest home? It's not clear, but it's probably not good either way.

Swamp Woman sounds easy to avoid. Just stay out of the woods, right? Unfortunately it's not that simple. If a man sincerely wishes to see Swamp Woman she will come to him wherever he is, and any man who even pities her will never marry a mortal woman. In other words, not only do you have to avoid Swamp Woman, you have to avoid thinking about her. Ugh. I bet you're thinking about her right now, aren't you? She will also snatch children, and they are often warned to behave lest Swamp Woman come and steal them away. 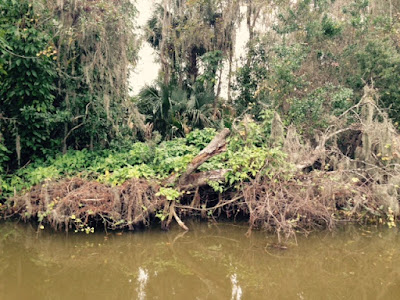 The Penobscot also tell of another, similar creature called Maskiksu, a.k.a. Toad Creature, who appears as a small dwarfish woman clad in moss. She also seduces men and cries out in loneliness for children. Toad Creature likes to nurse human babies, but any child she nurses will fall into an endless sleep. Again, best to be avoided.

Other beings in New England folklore lure men and children to their dooms too. For example, a while ago I wrote about the Abenaki swamp spirit of Vermont, while further south the Wampanoag of Cape Cod tell tales of Granny Squannit. Granny Squannit's long hair covers her face (which is rumored to be strangely ugly), and she sometimes kidnaps men and young boys. Granny Squannit also has a benevolent side, teaching people about healing plants and feeding people who are shipwrecked. Granny Squannit is probably a modern version of the ancient Algonquian women's goddess Squauanit who was mentioned by Roger Williams in 1643.


Are all these beings distinct entities, or are they just different versions of each other? They sound similar in some ways to those seductive fairies who enchant questing knights in Medieval romances, or even to folkloric fairies like the Skogsnuva, or Wood Women, of Sweden. Fairies are not a laughing matter. Some death certificates from 17th century Sweden have been found where the cause of death is listed as "involvement with a Skogsnuva." My mind also drifts to the succubi of Christian demonology, the demoness Lilith from Jewish folklore, and even the seductive ghostly witch who haunts the Freetown State Forest here in Massachusetts. .

There is definitely a pattern here. Maybe there actually is a supernatural force (or forces) behind these different legends, or maybe the stories just reflect a male fear of female sexuality.The forests and swamps are dark and unknowable, making them a perfect blank slate to project one's fears onto. But still, if you see a long-haired woman covered in moss it's probably safest to run in the other direction.

I thought of her AND nothing happened its all fake