There's an old New England saying that a green Christmas means a full graveyard. This is one of those classic reverse weather predictions, like a sunny Groundhog's Day indicating winter will last a long time. In this case, mild Christmas weather means the winter will be ferocious later on.

Friends in Vermont have posted pictures of snow, but we're definitely going to have a green Christmas down here in southern New England. But who knows? Myaybe we'll get walloped with snow later in the winter. Last year it was so warm and humid on Christmas that I saw a salamander on our front porch, and we all know what the rest of the winter was like for Boston. 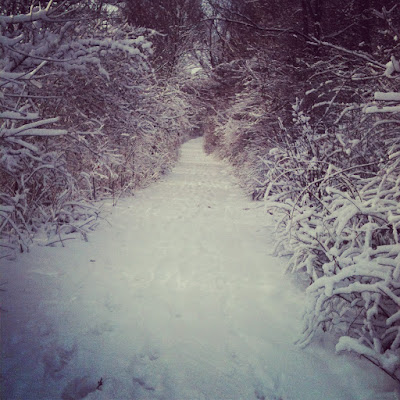 So, in case we do get some snow this year, here are some snow charms from 19th century New England.


Those are from Fanny Bergen's book Current Superstitions (1896), but here are a few more from Clifton Johnson's What They Say in New England (1896).


Perhaps we shouldn't be too upset that we're having a green Christmas. According to Johnson, if the sun shines through the branches of an apple tree on Christmas it means there will be a good apple crop. I do like a good apple...