Folk Magic for the New Moon

What do you think of when you hear the words "new moon?"

If you are young, you might think of the second installment in Stephanie Meyer's teen vampire romance epic, The Twilight Saga. I believe that in New Moon, heroine Bella Swan breaks up with her sexy vampire boyfriend, but finds rebound love with a sexy werewolf. 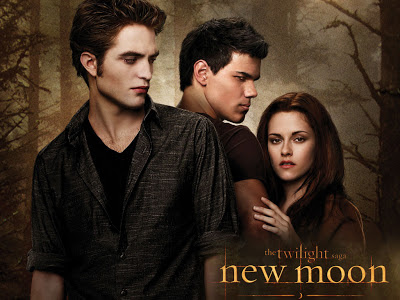 If you are not so young, the words "new moon" might remind you of the Duran Duran song "New Moon on Monday" from their 1984 album Seven and the Ragged Tiger. I am not so young, so I had Duran Duran stuck in my head all day! Please note, the new moon this week is actually on Wednesday, not Monday. 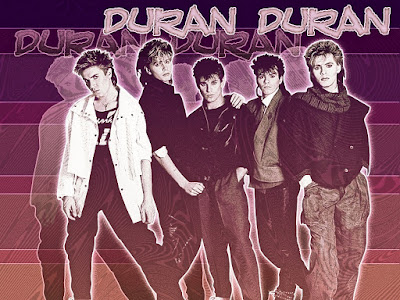 However, if you lived in the 19th century you would think of neither teen vampires or British pop stars. Instead, you might think about magic. The new moon was the time to tell the future, start new projects, and make things grow.

I use the word magic with some trepidation. Did people in 19th century New England really think of their folklore practices as magic? Educated people of the time just thought of them as superstitions, and wrote books about the quaint folk beliefs of the common people. I think for example of Fanny Bergen's 1896 book Current Superstitions, which is a great collection of folklore.

For the people who believed in them, though, these quaint practices were ways to get things done. They didn't think of them as magic. But these practices aren't justified by contemporary scientific theories, so in a modern scientific view they might be classified as magic.

What exactly did people believe about the new moon? Well, the new moon is when the moon is at its darkest, and it was generally believed to be the time to start a project. The principle behind this is that since the new moon only gets bigger and brighter every night, any project you start will thrive and grow like the moon. You better like whatever you're working on when the new moon appears, though, because you will keep working on it until the next moon.

Ideally, you should time your haircut with the new moon. A haircut or beard-trim done in the new moon will come out better than one done in another moon phase. There is a catch, though. Hair cut during the new moon grows back faster than hair cut at other times. Sometimes this works to your advantage. For example, a girl who wants her hair to grow long should cut a little bit during each new moon so it will grow back nice and full.

If you're concerned about more serious things than hair, you should jingle the change in your pocket when you see the new moon. You will come into money as the moon grows fuller.

The same lore about seeing the moon over your shoulder appears in Clifton Johnson's What They Say in New England (1896). (He dedicates one brief chapter just to moon lore.) Johnson goes on to add that if you see the new moon full on, rather than over your shoulder, you'll have a fall. He includes a short poem to remember this: "Moon in the face, open disgrace."

The new moon also rules over rain. Some New Englanders believed the moon was like a giant dish in the sky that held water. It will be a wet month if the new moon appears in the sky and the points are pointing horizontally. People often said, "If you can hang a powder horn on the moon's curve, it will be dry. If you can't, it will be wet." You can't hang a powder horn on the moon if it is tilted up too much, which means the dish of the moon will pour out water during the month. See below for clarification!


Be careful when the new moon first appears. How you first view it can be a matter of life or death. It's best to go outside when you know the moon is new, because if you see it for the first time through the window, you will hear of the death of someone before the week is over. If you see it through an upper pane, an older person will die. If you see if through a lower pane, it will be someone young.

Sorry to end this post on a grim note, but there are a lot of death omens in New England folklore. I'm not sure if that has something to do with New England being gloomy and grim, or because much of this lore was collected in the 19th century, when medicine was less effective and life expectancies were shorter. Either way: be careful when you look out the window!