Witch hunting in New England practically disappeared after the brutality and excesses of the Salem witch trials. Those trials served as a wake-up call to the fledgling society of old New England and as time passed more and more people realized they had just been a case of mob mentality running wild. Personal grudges and petty disputes had been erroneously inflated into a cosmic battle of good versus evil.

But that doesn't mean people stopped believing in witches. Folklore from New England is full of stories about witches after the 17th century. And like the witches the Puritans feared, these later witches also gathered to celebrate their Sabbath.

The Reverend Parris's meadow was no longer the main focal point for their magical activities. Instead, witches were said to gather in many different locales across New England for their nocturnal meetings.

For example, Charles Skinner writes in Myths and Legends of Our Own Land (1896) that

Barrow Hill, near Amesbury (Massachusetts) was said to be the meeting place for Indian powwows and witches, and at late hours of the night the light of fires gleamed from its top, while shadowy forms glanced athwart it. Old men say the lights are still there in winter, though modern doubters declare they were the aurora borealis.


Not far off, in the town of Medway, witches gathered by an enormous, strangely shaped pine tree. They came to celebrate with the Devil, and arrived as weasels, raccoons, and other small forest animals. The tree grew near a swampy depression called Dinglehole, which still exists in the town of Millis. (Millis separated from Medway in the late 1800s.)

In Plymouth, the witches celebrated their Sabbath in a grassy area called the Witches Hollow:

"After you pass Carver Green on the old road from the bay to Plymouth", said one of these women, "you will see a green hollow in a field. It is Witches' Hollow, and is green in winter and summer, and on moonlit nights witches have been seen dancing in it to the music of a fiddle played by an old black man. I never saw them, but I know some people who saw witches dancing there..." (William Root Bliss, The Old Colony Town and Other Sketches, 1893)

Those three are just a few examples from Massachusetts. There are many examples from the other New England states. In Connecticut, the witches held their Sabbath in an area called the Devil's Hopyard, while in 19th century New Hampshire it was believed they congregated at night in abandoned houses. They traveled there in spectral form, and sometimes forcibly dragged the spirits of their sleeping neighbors along with them. It was an invitation they couldn't resist! 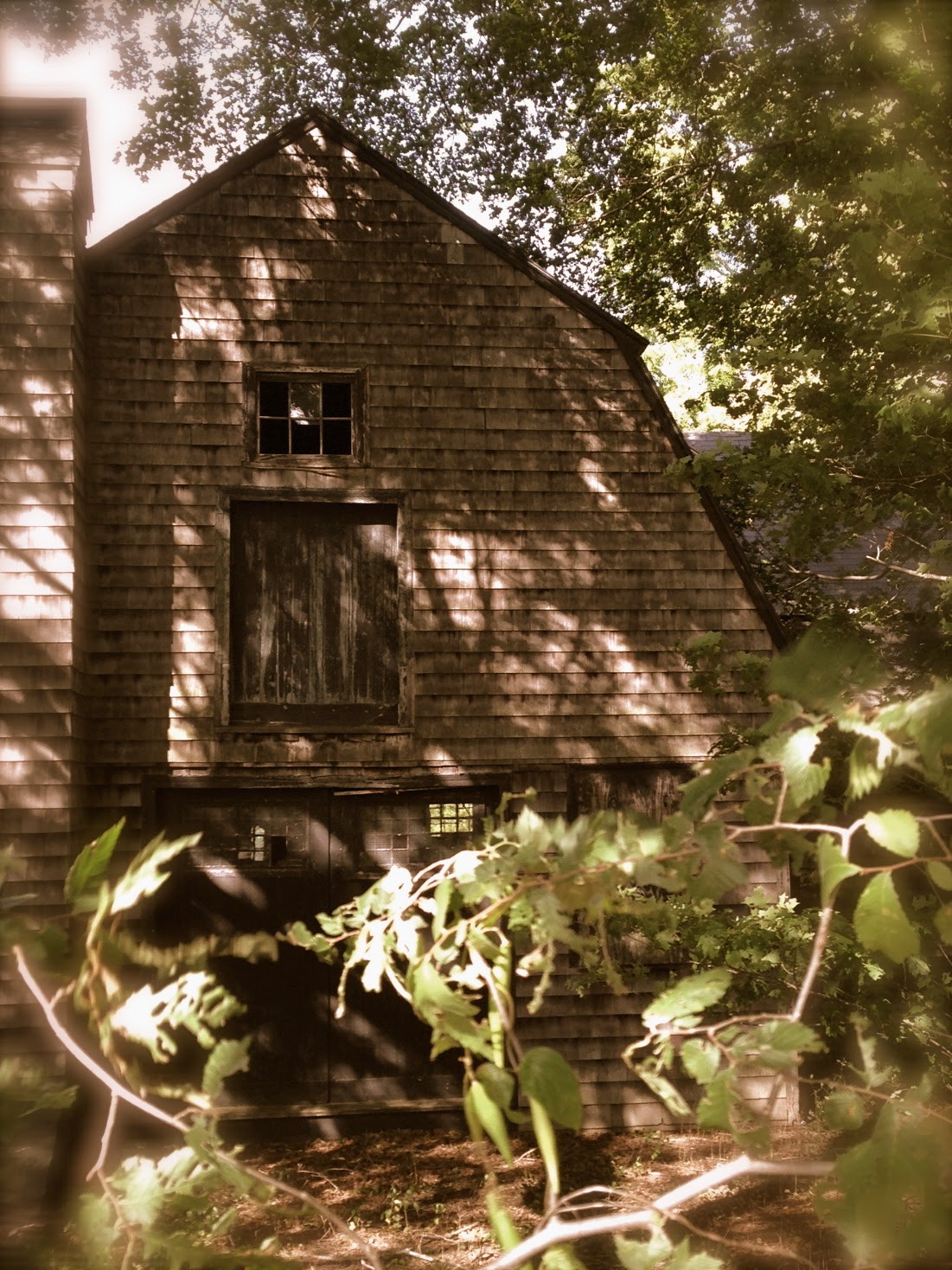 The idea that innocent people can be dragged to a witches' Sabbath is an old one. During the Salem trials, a man named John Ring testified he had been


strangely carried about, by daemons, from one witch-meeting to another, for near two years together.. Unknown shapes... which would force him away with them, unto unknown places, where he saw meetings, feastings, dancings... (Joseph Merrill, History of Amesbury, 1880)


Witches often flew spectrally to their Sabbaths, or traveled there in the shape of animals. Sometimes, however, they would ride spectral horses, which were usually the captive spirits of sleeping neighbors. There are quite a few legends where witches throw an enchanted bridle over the head of a sleeping man and ride him all night, quite often to the Sabbath. The man who was witch-ridden would awake exhausted, and sometimes complain of a pain in his mouth where the bit had been.

Another story from Plymouth tells of witches using magic bridles to transform bales of straw into black horses, which they ride to an abandoned house for a Sabbath celebration. When they arrive they dance around a mysterious black fiddler.

One of the stranger Sabbath stories comes from the village of Moodus, in Haddam, Connecticut. Moodus is famous for strange, subterranean noises that have been heard for centuries. Several explanations have been proposed for these noises, which are described as sounding like thunder or cannon shots. The local Indians told the earliest settlers that a god who was unhappy with the English colonists caused the noises. Other explanations have claimed the sounds are caused by pearls growing in the nearby rivers' shellfish (???), or by micro-earthquakes.

The explanation most relevant to our current topic is the following:

It was finally understood that Haddam witches, who practised black magic, met the Moodus witches, who used white magic, in a cave beneath Mount Tom, and fought them in the light of a great carbuncle that was fastened to the roof... If the witch-fights were continued too long the king of Machimoddi, who sat on a throne of solid sapphire in the cave whence the noises came, raised his wand: then the light of the carbuncle went out, peals of thunder rolled through the rocky chambers, and the witches rushed into the air. (Skinner, Myths and Legends of Our Own Land)


Machimoddi seems to be a name for the Indian manitou who ruled over Moodus, and his appearance in this story shows how Algonquian and English supernatural themes sometimes merged. Another version of this story appearing in a 1901 edition of Connecticut Magazine says the witch battles were refereed by the Devil.

A witch battle seems different from the traditional witches' Sabbath, but European stories of battles between supernatural beings may originally have contributed to the idea of the Sabbath. Carlo Ginzburg, the Italian historian I mentioned last week, claims many European cultures shared a common myth: that good supernatural beings, often people whose spirits could leave their bodies at night, would fight evil supernatural beings, usually witches, for the fertility of the land and bounty of the harvest. Quite often, the battle was between the spiritual warriors of two adjacent villages, as in the story about Moodus.

Historical records show that many people in Europe thought they did leave their bodies at night to participate in these battles, and they shared this information openly with neighbors. As you can imagine, they were not popular with the Catholic Church, and these night battlers were often accused of witchcraft. Over time and under the influence of the Church, the myth changed. Rather than good and evil spirits fighting for fertility, these nocturnal gatherings were now said to filled only with evil spirits (witches) who worked for the Devil. Voila! The idea of the witches' Sabbath was born.

I don't know where the story about the battling witches of Moodus originated, but it's amazing to see such an old European mythic idea in Connecticut. It's definitely something that could use more investigation, but for now I'll just accept it as one more mystery of the witches' Sabbath. I hope you enjoyed this little overview of the Sabbath, and be careful when you walk around at night...