Another (Extra Creepy) Bigfoot Story from the Cape

I found the following story on the web a while ago. I was going to save it for the winter (you'll see why), but it's just too creepy for me to withhold any longer. Enjoy!?

Back in the winter of 1977 or 1978, an eleven year old boy was watching TV at his home in Sandwich. It was a Saturday afternoon in December, the sky was low and grey, and there was snow on the ground. His parents were gone for the day and he was home alone.

Their house was the last house on the street. After their house - nothing but woods.

The family's TV was located in the den, which had two windows looking out into the backyard. I imagine that other than the TV things were very quiet. A dead-end road on Cape Cod in the winter is not a lively place. Maybe the boy could hear some crows cawing in the woods, but probably not much more.

The boy's attention was captured by the TV for quite a while, but eventually something in one of the windows caught his eye. He looked up to see a hairy face peering in at him. It didn't look quite human, and the hairy face belonged to an equally hairy creature that was about five feet tall.

The boy screamed in surprise, and the creature grunted at him before it ran away from the window. He heard the creature run through the breezeway that connected the house to the garage, and then saw it run off into the woods. 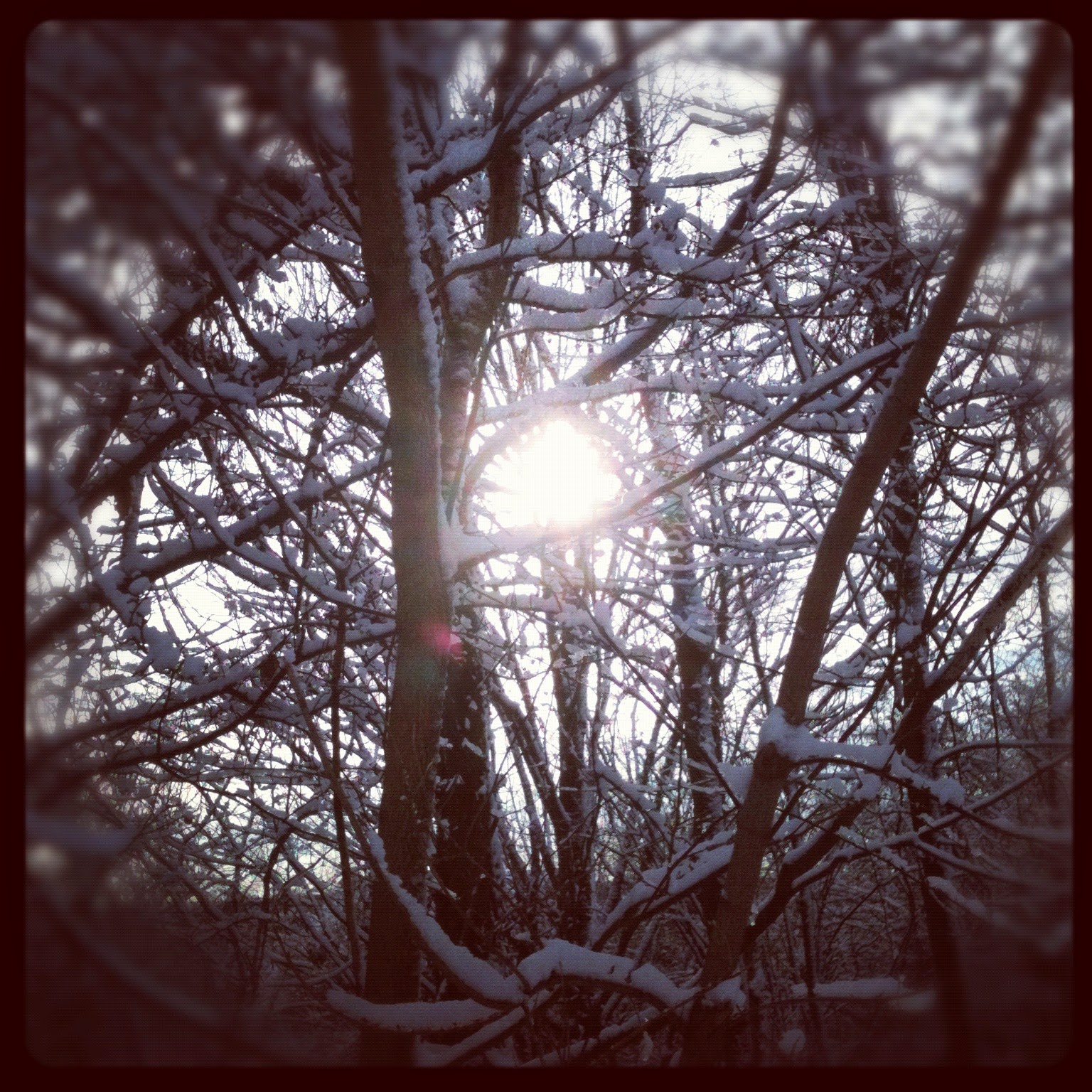 The boy stood in the middle of the den in shock, trying to determine what to do. He eventually realized that his terrifying encounter might just have been a hoax played on him by a friend. But when he called his friends he found they were all at home, and denied playing any tricks on him.

A couple of his friend agreed to come over, and only when they arrived did he unlock the door. Nervously, the boy and his friends walked around the house, searching the snow for clues in the cold grey light.

Underneath the den windows they saw footprints in the snow. All the boys stared in shock at what they saw.

The footprints had been made by something with large, hoofed feet. The hoof prints led into the woods, but the boys didn't follow.

I love this story! It's one of only two reports on the Bigfoot Field Research Organization website from Cape Cod. The other one is the story about Bigfoot and his dog.

This story at first seems like your standard Bigfoot sighting (if such a thing exists). Bigfoot loves to look in windows, according to reports from across the country. Lots of people claim they've seen Bigfoot watching them in the bathroom or bedroom, which is kind of creepy. Is he a voyeur? Maybe, or maybe he's not just looking in our windows, but peering into our world from wherever creatures like Bigfoot exist.

But this story isn't your standard Bigfoot sighting at all. It's more like a campfire story or a ghost story. "If you think Bigfoot is scary, wait until you hear how this one ends..." The hoof prints in the snow will remind most people of our region's number one monster, the Devil. The Evil One has left his mark all over New England, even a dead-end street in Sandwich. Those hooves transport this story from the cryptozoological realm into the supernatural. This story fools you into thinking you're  getting one thing, but you really end up with something else.

The hairy, hoofy monster doesn't necessarily have to be the Devil, or even a demon. Maybe it was just another of the satyr-like creatures that sometimes pop up in New England. Whatever it was, I love this story. There's no closure, just a mysterious encounter on a gloomy Cape Cod day.

I found the story in the Bigfoot Field Researchers Organization website, which is of course a great resource.