Spiders, Toads, and Common Plantain: Folklore Right Under Your Feet

Writing this blog encourages me to see the world in a different way. New England is full of interesting places and stories. Almost every town has its ghost or witches, its haunted cemetery, or its anomalous rock formation. There's something unusual lurking everywhere.

Sometimes it's hiding right under our feet. Last week I went for a walk in the Arnold Arboretum. I was hoping to find a mountain ash tree, but the Arboretum has over 15,000 (!) plantings and I never located one. However, I did find this plant. 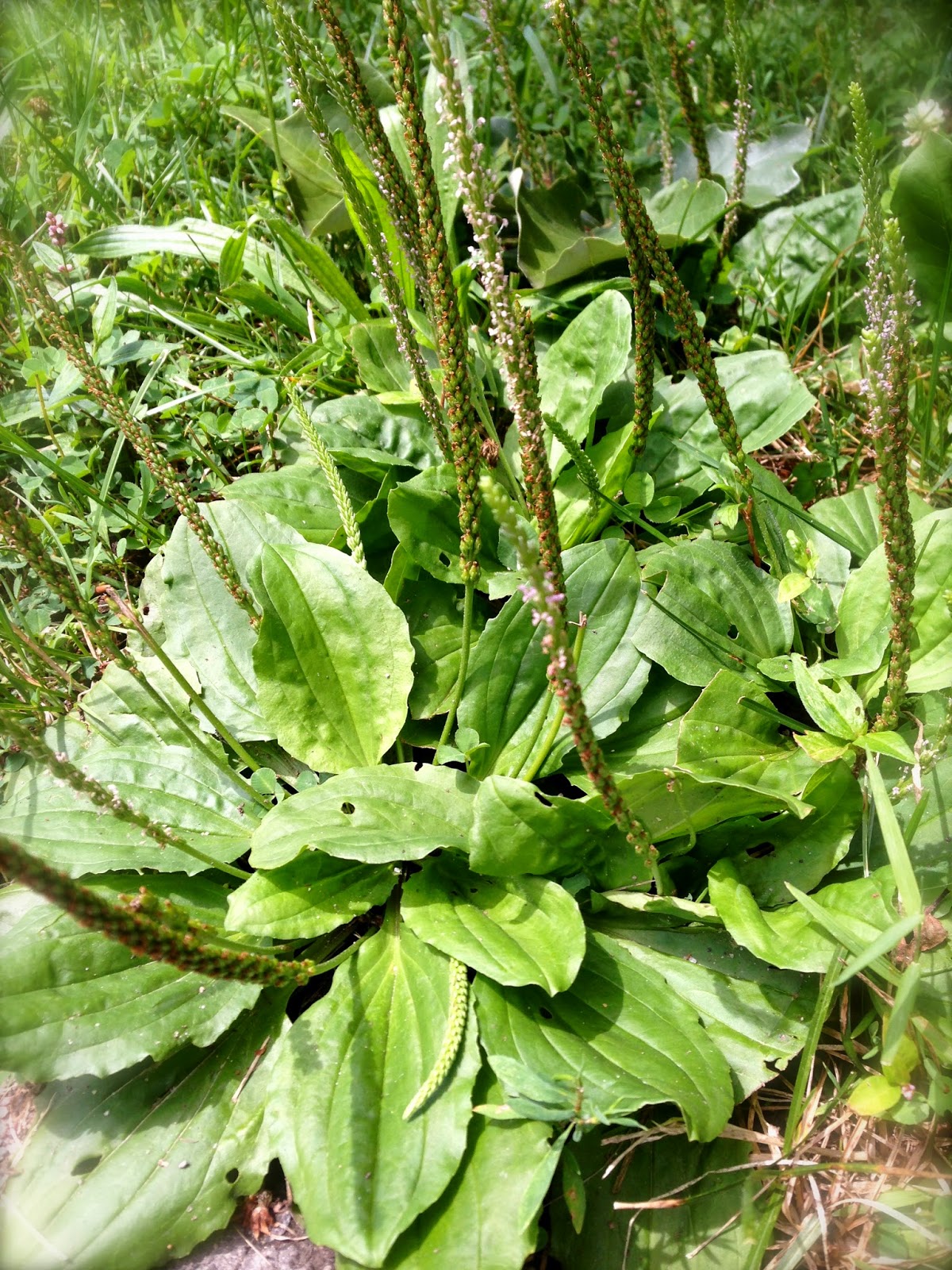 It's the common plantain, also known as greater plantain, snakeweed, Englishman's foot, and a host of other things. If you speak Latin, you'll call it plantago major. The ancient Roman's called it planta, which means "the sole of man's foot," because it supposedly followed the Roman legions wherever they marched. You probably have some in your yard or growing out of the cracks in your sidewalk.

Here's a story about the plantain from a the 1798 edition of The Farmer's Almanack:

A toad was seen fighting with a spider in Rhode-Island; and when the former was bit, it hopped to a plantain leaf, bit off a piece, and then engaged with the spider again. After this had been repeated sundry times, a spectator pulled up the plantain, and put it out of the way. The toad, on being bit again, jumped to where the plantain had stood; and as it was not to be found, she hopped round several times, turned over on her back, swelled up, and died immediately. This is an evident demonstration that the juice of the plantain is an antidote against the bites of those venomous insects.


Now, I'm not saying this battle between a Rhode Island toad and spider never happened, but the famous Dutch writer Erasmus included a very similar story in his Colloquies, which were written in the 1500s:

I have heard it told by those that have seen it, that there is the like Enmity between a Toad and a Spider; but that the Toad cures himself, when he is wounded, by biting of a Plantane Leaf.


Perhaps toads across the world all know the efficacy of plantain against spider venom, or perhaps this is a very old folk story that made its way from Europe to New England. Either way, its inclusion in The Farmer's Almanack indicates the high regard English settlers had for common plantain.

In addition to spider bites, over the centuries plantain has been used to treat dysentery, earaches, kidney disorders, and open wounds. Although originally native to southern Europe, plantain has spread across the world. Just as the Roman legionnaires carried it out from Italy, the English settlers carried it to North America.

Because of this the Native Americans gave it the names Englishman's foot and white man's foot, an invasive species brought by an invading nation. However, stories also say that the plant's ability to cure rattlesnake bites was first discovered by a South Carolina Indian. This discovery added another name, snakeweed, to plantain's long list of pseudonyms and spurred that state's legislature to reward the Indian (from Matthew Robinson's Family Herbal, 1863).

I don't know anything about the dangers or benefits of using plantain to treat illnesses or injuries, so I'm not going to recommend it for anything, particularly not rattlesnake bites. If you're bitten by a rattlesnake call 911! But I will recommend looking down when you walk around, because you never know what interesting piece of folklore you're stepping over.

Should you try looking for mountain ash (Sorbus americana) at the Arnold Arboretum again, check for it in the Bradley Rosaceous Collection near the ponds and Forest Hills Gate: http://arboretum.harvard.edu/explorer/?id=360-2006*A

Or on Peters Hill on the Roslindale side of the Arboretum:
http://arboretum.harvard.edu/explorer/?id=1845-66*A

Thanks for the comment, and for the directions to the mountain ashes! I was looking in the wrong section section, but next time I'll use the online tool. There is some interesting folklore about the mountain ash (http://newenglandfolklore.blogspot.com/2013/05/mountain-ash-witch-wood-tree.html) and I don't know if I've ever seen one. Thanks also for all your work maintaining such an amazing green space!