I just came back from visiting Truro and Provincetown. It was so relaxing my mind has been emptied of almost all thought - but I do still have some folklore rattling around in there.

Topographically, the outer part of Cape Cod is an amazing place, with huge dunes, dense forests of scrubby pines and oaks, and, of course, the rough and stormy Atlantic Ocean. It's beautiful, magical, and weird, so it's not surprising there's a lot of interesting folklore from this part of Massachusetts, like the Black Flash, the haunted Martin House, and the enigmatic Jenny Lind Tower.

If you want to have an exceptionally magical and weird experience while you're out there, you might want to stay at the Carpe Diem Guesthouse in Provincetown. It's reputed to be haunted! 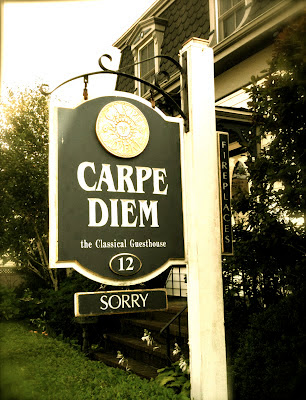 According to Mark Jasper's book Haunted Cape Cod and the Islands, employees at the guesthouse have reported recurrent paranormal activity in several areas of the 19th century building.

For example, a housekeeper working alone in the basement heard someone whisper in his ear and then touch his back, but couldn't see anyone when he turned around. Creepy. His experience was later confirmed by a guest using the outdoor hot tub, which is near a basement window. The guest asked the desk manager about the man and woman walking around in the basement wearing Victorian clothing. When the manager descended into the basement to investigate he found no one there. A housekeeper who lived in the basement has also claimed he saw a shadowy figure walking into his room. 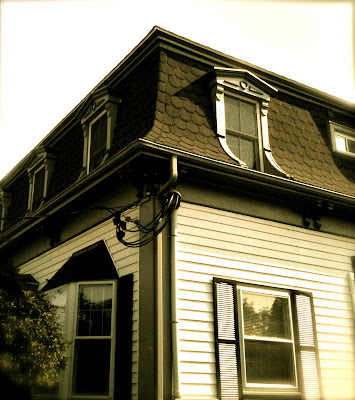 Each guest room at the Carpe Diem is named after a famous writer, and the one named after William Shakespeare has also seen its share of strange occurrences. One employee often felt a watchful presence in this room, and a guest who spent the night there said she heard a voice telling her to "Get up and get out!"

The owners of the guesthouse think one of the ghosts may be a former manager named Kevin, who liked working there so much he decided to stick around after death. They don't know who the other ghosts are, but since the building was a 19th century funeral home I am sure there are plenty of candidates.

The ghosts at the Carpe Diem sound pretty mellow, and there no bleeding walls or glowing eyes staring in the window. If you want to have a gently creepy experience it sounds like a great place to stay!

Yikes! That image itself already looks scary. But, good post you have here. Travellers who are thrill-seekers will definitely check this out.