The Ghost of Fort Warren 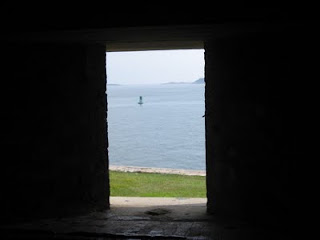 Tony went on a company outing to George's Island in Boston Harbor this week, and took these great photos of Fort Warren.

Fort Warren was built before the Civil War to defend Boston from naval attacks, and was also used to house Confederate prisoners. It's now a historic landmark. 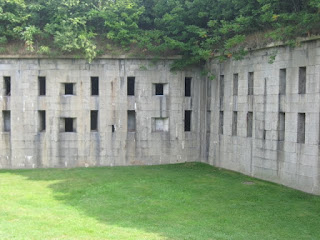 It's an amazing place, with great views of the city and harbor, and lots of dark tunnels to explore. You definitely need a flash light to see all of it.

A woman in a black dress is supposed to haunt Fort Warren. She's the restless spirit of Mrs. Andrew Lanier, the wife of a Confederate soldier held prisoner there. Mrs. Lanier, disguised as a man, had sneaked into Fort Warren to free her husband. They were discovered by the guards as they fled, and Mrs. Warren accidentally killed her husband when her pistol misfired. 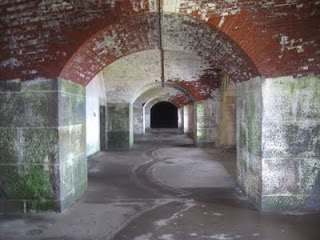 She was sentenced to hang on February 2, 1862. Her last request was that she be executed wearing a dress, rather than in the men's clothing she wore as a disguise. The guards dressed her in an old black gown, which her ghost is still said to wear. 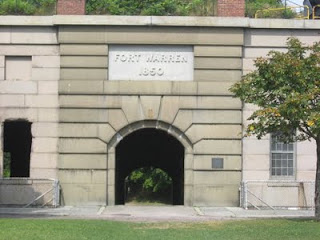 Allegedly, a soldier stationed at Fort Warren during WWII became so deranged after encountering Mrs. Lanier's ghost that he spent 20 years in an institution. Spooky! 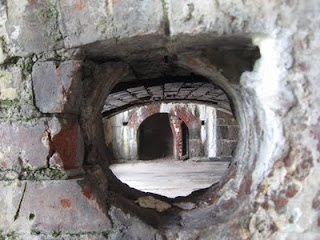 This story is well-known, but I found the details in Thomas D'Agostino's Haunted Massachusetts.

Thanks for the spooky story, Peter! I visited that fort years ago, glad I didn't bump into her!