The Flesher Witch: Menace in the Maine Woods

I'm always excited when I learn about a new weird legend, so I was pretty happy recently when I learned about the Flesher Witch of Haynesville, Maine. Thank you Jeremy for pointing this one out! The Flesher Witch legend is creepy, unique, and blends old and new folklore motifs into one gruesome package.

Haynesville is located up in Aroostook County, and it's quite small. Like really small. The last census counted fewer than 200 people living there. Haynesville may be tiny, but it's rich in spooky folklore. A lot of it focuses on Route 2A. The stretch of 2A that passes through the Haynesville Woods is notoriously winding and treacherous, particularly in the winter, and has been the site of many fatal car and truck accidents.

All of those accidents have earned this part of Route 2A a reputation as one of the most dangerous roads in America. Country singer Dick Curless even had a hit in 1965 with "A Tombstone Every Mile," which was a country song about the dangers of trucking on Route 2A:

All you big and burly men who roll the trucks along

Better listen you'll be thankful when you hear my song

You have really got it made if you're haulin' goods

Anyplace on earth but those Haynesville Woods

It's a stretch of road up north in Maine

That's never ever ever seen a smile

If they'd buried all them truckers lost in them woods

There'd be a tombstone every mile

Count 'em off there'd be a tombstone every mile...

Curless was born in Aroostook County and lived much of his life in Maine, so he knew what he was writing about. The song's bouncy and catchy, but there's nothing fun about driving on Route 2A during the winter. Because of all the fatal accidents it's said to be one of the most haunted roads in New England. Many forlorn lost souls have been seen wandering along Route 2A, including a hitchhiking woman in white who disappears once a driver stops to pick her up. She's a classic "vanishing hitchhiker" type of ghost. 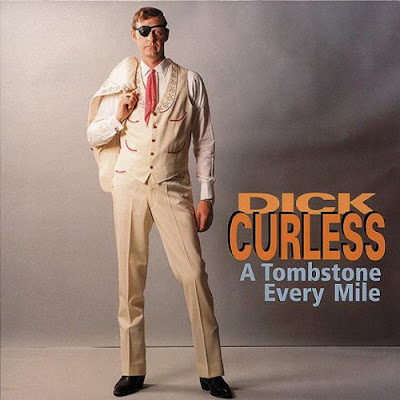 I'm not here to really talk about ghosts, though. There's more happening in Haynesville than just ghosts. I'm here to talk about the Flesher Witch, a terrifying being who supposedly lurks in the Haynesville Woods.

According to a local story, in the 1800s a young girl named Annie Wilcox moved with her parents and brothers to Haynesville. Shortly after they moved in, Annie began to complain of strange things happening at night. She said he heard a scratching noise at her window, as if something were trying to get in. Her parents ignored her - young children have active imaginations - but the phenomena got stranger as time went on. Annie said something unseen pulled off the blankets while she slept, and she sometimes felt something (or someone?) biting her skin late at night. She also heard a voice softly whispering indistinguishable words in the darkness.

Her parents thought she was just trying to get attention, but they changed their minds one night when Annie ran into their bedroom in tears. Her face was covered in bloody scratches. She said an old woman with a face like melting wax had attacked her. When they searched her room it was empty. They let Annie sleep with them that night.

The weird phenomena in their house stopped after this, but it wasn't the end of Annie's ordeal. One day about a month later, the Wilcox family was walking through the woods. The parents realized that Annie, who had been bringing up the rear, was no longer visible. They heard a terrifying scream ring out, but despite searching for hours her family was unable to find her. She had vanished.

Some hunters made a gruesome discovery several weeks later. They found Annie's dead body in a clearing in the woods. Her face was missing. Lying next to her on the ground was the corpse of an old woman whose face looked like melting wax.

Annie's death devastated her family. Her mother hanged herself, and her two brothers drowned while swimming. Mr. Wilcox was the sole survivor, and he slowly lost his sanity, scratching endlessly at his face as if he wanted to remove it. He wandered off into Haynesville Woods one day and was never seen again.

People say the Flesher Witch still lurks in the Haynesville Woods, even today. An old woman with a melting face is sometimes seen walking among the trees, and whenever animals or children go missing she is blamed. No one know who she is, and no one wants to get close enough to find out.

So there's the legend of the Flesher Witch. I like it. Some parts of it draw on classic New England legends. Witches are one of the most common topics in pre-20th century New England folklore, and the nighttime attacks on Annie are every similar to witchcraft stories from the 1600s. In older stories the witch is usually a curmudgeonly neighbor, but the Flesher Witch seems to be a purely supernatural being. She's not just some mean old lady down the road. I think this is an improvement because it means no one's going to get hanged for being a witch up in Haynesville.

Other parts of this legend seem more modern to me. The melting face seems modern and possibly inspired by horror movies, as does the witch trying to steal someone's face. That's not something you'd hear in a legend before the mid-20th century. And that's OK. Folklore changes over time. People in the 21st century are scared by different things than our ancestors were.

In some ways this story reminds me of the Freetown State Forest witch who is described in Christopher Balzano's 2007 book Dark Woods: Cults, Crime and the Paranormal in the Freetown State Forest. Like the Flesher Witch, the Freetown Forest witch menaces young people and also seems to be a purely supernatural being. Are these witches really ghosts? Demons? Particularly gruesome land spirits? Or maybe just the manifestation of how people feel about the place they live? The woods can be pretty scary.

These stories are fascinating. If you know about any other strange modern witch legends please let me know, either in the comments or by emailing me. And of course, be careful when you go wandering out in the woods.