Can someone be too strong? That sounds like a weird question to a modern person. We live in a culture that values athletics and physical fitness, drawing on the ancient traditions of the Classical World. However, things were different here in the 17th century, when being too strong could get you accused of witchcraft.

Take Nathaniel Greensmith, for example. He and his wife Rebecca were early settlers of Hartford, Connecticut. In 1662 Rebecca was accused of bewitching a neighbor named Ann Cole. Under interrogation Rebecca confessed to being a witch. She claimed the Devil had first appeared to her in the woods in the shape of a fawn that skipped around her. The fawn appeared several times before it finally spoke, inviting her to join a coven of witches that met in the forest. The witches attended the meeting in a variety of forms, including one who flew there in the the shape of a crow. Rebecca later had sexual congress with the Devil "with much seeming (but indeed horrible) delight to her." 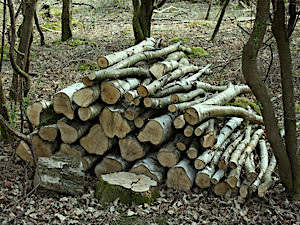 Rebecca implicated her husband in her confession and claimed he was a witch as well. She said she had often suspected him of being a witch, particularly since he was abnormally strong for someone his size. Nathaniel was small in stature but could easily and untiringly lift heavy objects. For example, she once saw him bring home a cart full of huge logs that he had loaded himself. She thought he was small and "weak to my apprehension, and the logs were such that I thought men such as he could not do it." When asked how he could load and unload such heavy logs, Nathaniel told her "he had help that (she) knew not of." Rebecca assumed he meant the Devil, as did the Hartford magistrates. Both he and Rebecca were executed for witchcraft in 1662.

The issue is not that Nathaniel Greensmith was strong, but that he was small and strong. No one would have questioned what he did if he was some burly Puritan dude. But he wasn't, and since he defied expectations his strength was viewed with suspicion.

Perhaps the most famous strong witch is Reverend George Burroughs, who was executed during the Salem witch trials. Like Greensmith, Burroughs was quite small but was able to lift very heavy objects. For example, he was once seen to carry a full barrel of molasses just by inserting two fingers into the barrel's hole, which was something that no one else could do. A witness also testified that he saw "Mr. George Burroughs lift and hold out a gun of six foot barrel or thereabouts, putting the forefinger of his right hand into the muzzle of said gun and so held it out at arms end only with that finger..." 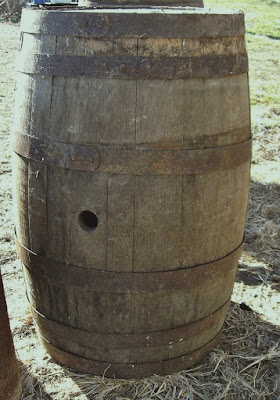 It seems that Burroughs liked to show off, which didn't sit well with his neighbors. Puritan men were expected to exhibit moderation and Burroughs wasn't meeting that expectation. This, along with a series of deceased wives and bad relationships with former parishioners in Salem, factored into his trial for witchcraft. Burroughs could lift a gun with one finger but sadly couldn't escape the hangman's noose. He was executed on August 19, 1692.

Is there some lesson to be learned from these stories? Maybe that anyone who defies the norm of their culture is likely to be viewed with suspicion, or that if your neighbors thought you were a witch any aberrant behavior, no matter how innocuous, could be interpreted maliciously. Those aren't happy lessons to learn, but keep them in mind the next time you want to carry around that barrel with just two fingers.

I got this information from David Hall's Witch-Hunting in Seventeenth Century New England,
Richard Godbeer's article "Your Wife Will Be Your Biggest Accuser" in the summer 2017 issue of Early American Studies, and various online sources.

Or you could learn not to make enemies in the community! I suspect that was a lot of it, eh? ;-)

Vey true! It was often the cranky non-conformists who were accused of witchcraft.

I don't believe in a heaven or a hell but if there is one I hope his accusers are being constantly reminded that they hung innocent men and women.