This year is grinding to a close, so I thought I'd see what stories on this blog from 2016 were the most widely read.

I was kind of surprised by the result. Overwhelmingly, stories about witches and witchcraft were the most popular this year. Monsters, haunted locations and weird seasonal folklore all took a back seat - 2016 was the year of the witch here on New England Folklore.


Drumroll, please! Here are the top five stories I posted this year:

1. By far the most popular story was this one from January about the Dogtown Witches. These 18th century widows made their living as fortune-tellers, herbalists, and by threatening to bewitch travelers passing through their North Shore village. The story of the Dogtown witches is charming, empowering and a little scary. In short, it's everything I like in a Yankee witch story. As an added bonus, Dogtown Common (the village where they lived) is now an abandoned ghost town in the middle of an enormous forest in Gloucester. 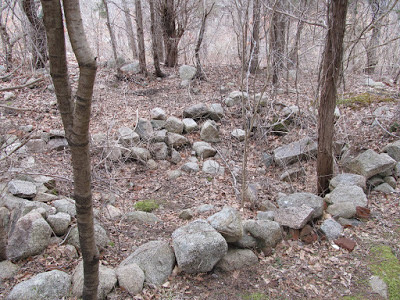 2. Readers also really liked this post about "How to Make a Witch Bottle," a type of classic New England defensive folk magic. Maybe people reacted to the crafty aspect. All you need is a jar, some nails, and your own urine. How much easier could it be? On the other hand, maybe a lot of my readers are plagued with supernatural problems and feel the need to defend their homes with magic. I hope that's not the case, but 2016 has been a very strange year... 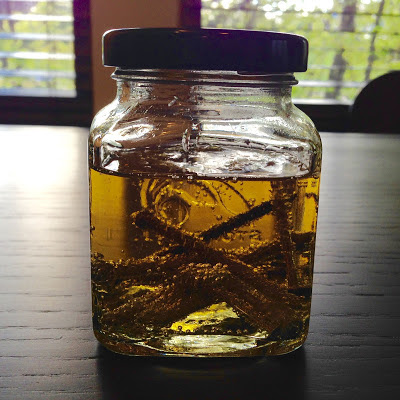 3. In February of 2016 Robert Eggers's art-horror film "The Witch" was released to wide critical acclaim. I loved the movie, but I've heard mixed things from friends. Some horror movie fans were bored and confused by the slow pace and 17th century dialect, and art film aficianados didn't see it because they were afraid of the violence and bloodshed. I think the main audience for this film was intelligent people who love the creepy side of folklore, which happily describes all of this blog's readers. My review of "The Witch" was the third most popular post of 2016, and focused on how the film did and didn't reflect authentic New England witch lore. Spoiler alert: New England witch lore has fewer naked people and goats. 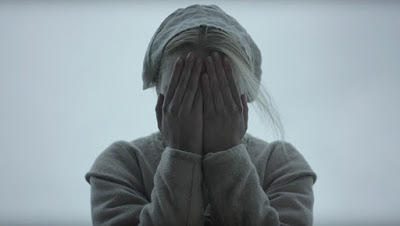 4. Do you see what I mean about 2016 being the year of the witch? So much witchcraft, but I'm not complaining. One exception to the witchcraft trend was this post about Connecticut's haunted fairy village. I spent much of 2016 researching New England fairy lore, so I was happy that readers responded well to this one. The legend features sinister fairies, an axe murderer, and a cursed ghost town, so there is a lot to respond to.


5. Rounding out the top five is another witch-oriented post. I asked "How Did Tituba Become Black?", and that question apparently resonated with readers. Tituba was one the key figures in the Salem witch trials. A slave in Reverend Samuel Parris's household, Tituba was one the first people accused of witchcraft. She set the pattern for all the trials with her vivid confessions and incriminated several others as witches. Popular culture has depicted Tituba as black for many years, but she was actually an Aarawak Indian from the Caribbean. Read the post to find out how this transformation happened. (Hint: Arthur Miller and Henry Wadsworth Longfellow both made it happen.)


I've had a lot fun writing this blog in 2016, so thank you for reading and letting me share my obsession with the weird side of New England. I hope you'll keep reading in 2017. Happy New Year!