Pukwudgies in Freetown: Some Fairy Sightings in Massachusetts

Are there little magical people (fairies, if you will) hiding in the woods of New England? Most people would tell you no, but those who have actually seen them would disagree. And the fairies in these parts aren't the cute little ballerinas in tutus that you might expect. Like the landscape, they're rough and more than a little craggy.

It's only recently that legends about New England fairies have become popular, and there's a historical reason for that.

The Puritans left behind other folklore, though, which was firmly tied to the English landscape. Stories of dragons and ogres didn't cross the Atlantic, nor did stories about fairies. Fairies were believed to reside in specific landscape features like hills or ancient burial mounds, or were attached to ancestral castles. The Puritans left those sites behind when they left England, and left the fairies with them.

Several New England writers commented on lack of fairies in New England. Sylvester Judd, a Unitarian minister of the 19th century, noted that, "There are no fairies in our meadows, and no elves to spirit away our children."

Massachusetts poet John Greenleaf Whittier wrote in a similar vein: "Fairy faith is, we may safely say, now dead everywhere ... It never had much hold upon the Yankee mind, our superstitions being mostly of a sterner and less poetical kind." 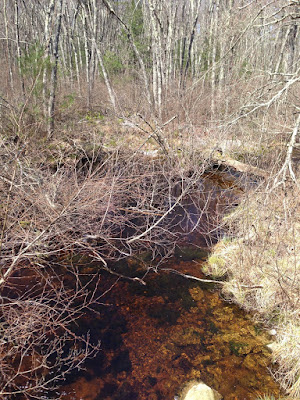 Nathaniel Hawthorne expressed similar thoughts. Although his novel The Scarlet Letter is full of witchcraft and divine omens, heroine Hester Prynne says the following of her child Pearl: "But how strangely beautiful she looks, with those wild flowers in her hair! It as if one of the fairies, whom we left in our dear old England, had decked her out to meet us."

Now I don't want to contradict Whittier or Hawthorne, but there were fairies here in New England. A few English settlers brought their beliefs with them, but the Native Americans who had long called this area home had rich traditions about small magical people who lived here.

For example, the Mohegans tell of the makiawisug, small beings who live under Mohegan Hill in Montville, Connecticut, while the Passamaquoddy of Maine tell stories of the benevolent nagumwasuck and the deadly meckumwasuck. The Penobscot have legends about small helpful beings called wanagumeswak, as well as more dangerous creatures like alambegwinosis, the underwater dwarf man.

Stories about these fairy-like creatures were written down in the 19th century, but didn't find a wide audience. Perhaps it's because their Algonquin language names were difficult for English speaking whites to pronounce, or perhaps it's because readers wanted stories about pretty whimsical fairies with diaphanous wings, not small hairy humanoids lurking in rivers and trees. Whatever the reason, these indigenous fairies were not particularly well-known outside of Native American communities.

That changed in 1934, when Elizabeth Reynard published The Narrow Land: Folk Chronicles of Old Cape Cod. Her book included many Wampanoag legends which were told to her by Wampanoag chieftain Clarence Wixon. Wixon was involved with the Pan-Indian movement, and actually used an Ojibwa term to describe the region's fairies to Reynard: pukwudgee. Sometimes also spelled pukwudgie, for some reason the term caught on with general readers and was even popularized in a 1980s children's book, The Good Giants and the Bad Pukwudgies.

Okay. That was a long introduction, but here's the main point of the post. Recently Tony and I went to the Freetown State Forest in Massachusetts. People have seen pukwudgies there. They are not pretty or whimsical, but are small, hairy and seemingly malevolent. 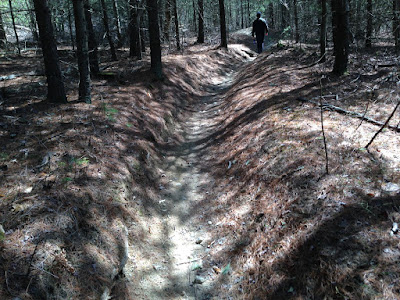 Christopher Balzano's wonderful book Dark Woods: Cults, Crime and the Paranormal in the Freetown State Forest contains two pukwudgie accounts. They are both kind of creepy.

In the first, a woman named Joan claims she was walking her dog in the forest on a spring day in the 1990s. Her dog ran off the path and dragged her into the woods. When the dog finally stopped she found herself staring at a strange little being standing on a rock:

She describe him as looking like a troll: two feet high with pale gray skin and hair on his arms and the top of his head... His torso made up the majority of his body and he had very short legs. His eyes were deep green, and he had large lips and a long, almost canine nose.


Needless to say, Joan was shocked to see the creature. She stared at it. It stared at her. Finally the dog ran back to the path, pulling her away from the pukwudgie.

That's a weird encounter, but here's the really unsettling part. Several times after seeing the creature in the woods, Joan woke up in the middle of the night to see it staring in her bedroom window. AAAH! The nighttime visitations finally stopped when Joan moved to another county. 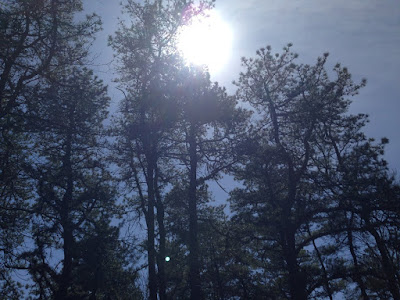 The second account in Dark Woods is told by a man named Tom. Tom first saw a pukwudgie when he was a teenager. He had snuck out of his parents house one night to walk in the woods to clear his mind. As he walked down a path he saw a glowing light:

I noticed a dim light, like in the form of a ball, in front of me. It was white and swelled, like it was breathing... It rose to about my shoulders and then flew into the woods.


Tom followed the light down the path until it disappeared. As he turned to head back home he noticed he was not alone. A short man covered entirely in fur stood nearby. He was about two feet tall, and had a nose like a wolf. The man ran off into the trees with an unearthly moan.

Tom was (un)lucky enough to see a pukwudgie a second time. One night he drove to one of the Freetown State Forest's parking lots and sat in his car. He turned off the engine and the headlights and turned the radio down low, enjoying the solitude.

He soon realized he wasn't alone. Standing in the darkness staring at Tom was the same little man he had seen in the woods. The pukwudgie was about 20 feet away, and he could see its eyes glowing red in the night. Abruptly the engine of Tom's car came on of its own accord, and the radio suddenly blared loudly. In a panic Tom drove home.

Tony and I did not see any pukwudgies while we were in the Freetown State Forest, although there definitely times when the woods did feel quite creepy. What would we do if we did see one? I would probably run like heck for the car. But I think I'd also be thrilled to see one of New England's own fairies.