A few weeks ago I was in the Caribbean on a group tour. We visited a lot of beautiful lush islands, including Dominica.

While we were in Dominica we took a bus high up into the hills (really high!) to see the Trafalgar Falls. After parking we trekked off down a trail through the rainforest to see these two two falls, one of which is hot from volcanic activity, while the other is quite cold. We took photos, admired the foliage, saw a land crab hiding in its hole, and then headed back to the parking lot. 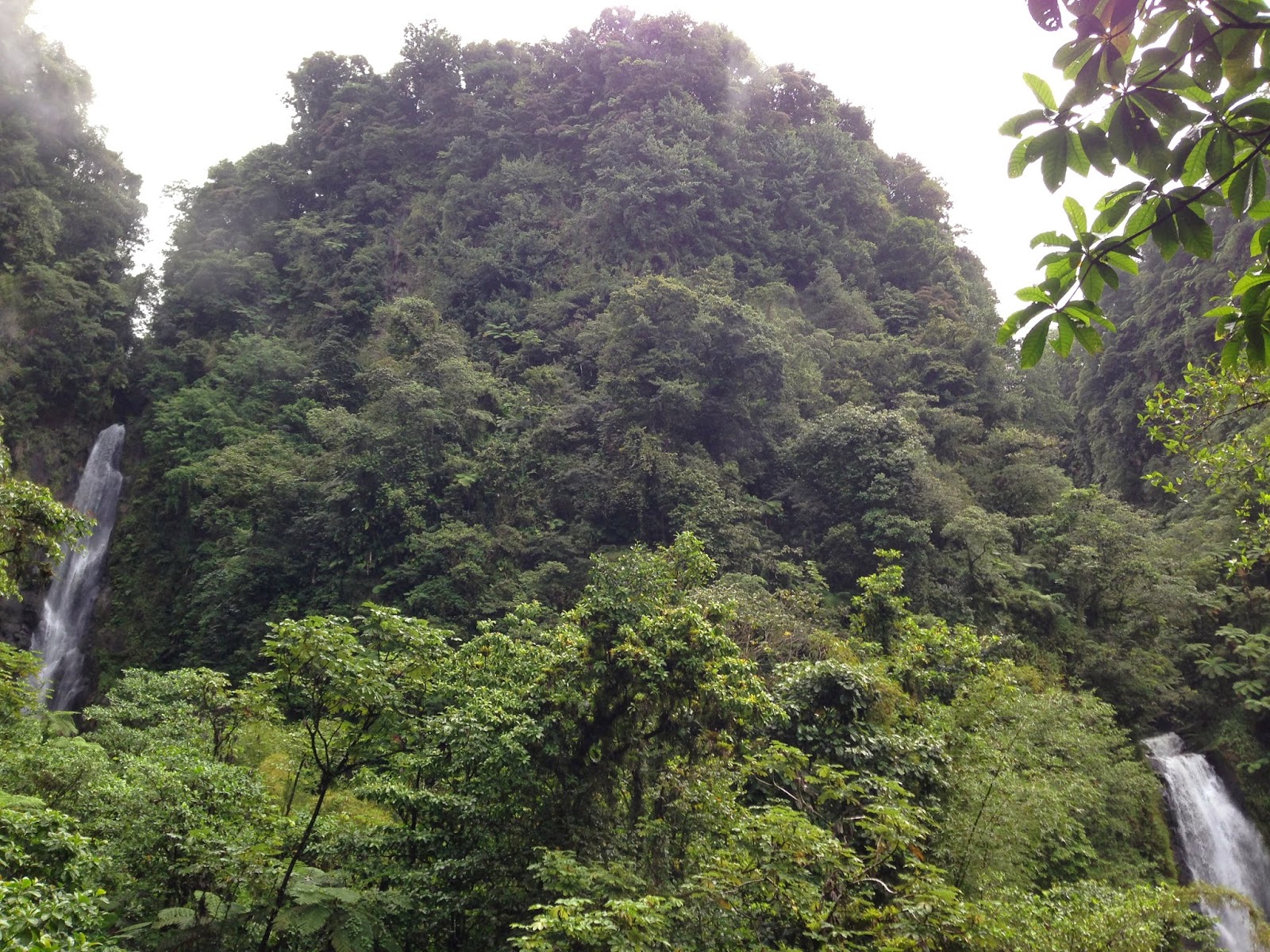 Adjacent to the parking lot was a souvenir market where a bunch of local women were selling their wares. I looked at soaps, hot sauce, small raffia animals, etc. Nothing really stood out. Then I noticed one woman selling what looked like necklaces made of spices and white beads.

"Smell it," she said. "It will keep your closet fresh. It has cocoa beans, nutmeg, bay leaves, turmeric and ginger."

I inhaled. It smelled like autumn in a chocolate factory.

"What are these white beads?" I asked.

"Those are Job's tears," she said. "They grow down near the river banks here."

"I'll take it!" I said. Actually, I took three, because they were three for five dollars, which seemed like a bargain. 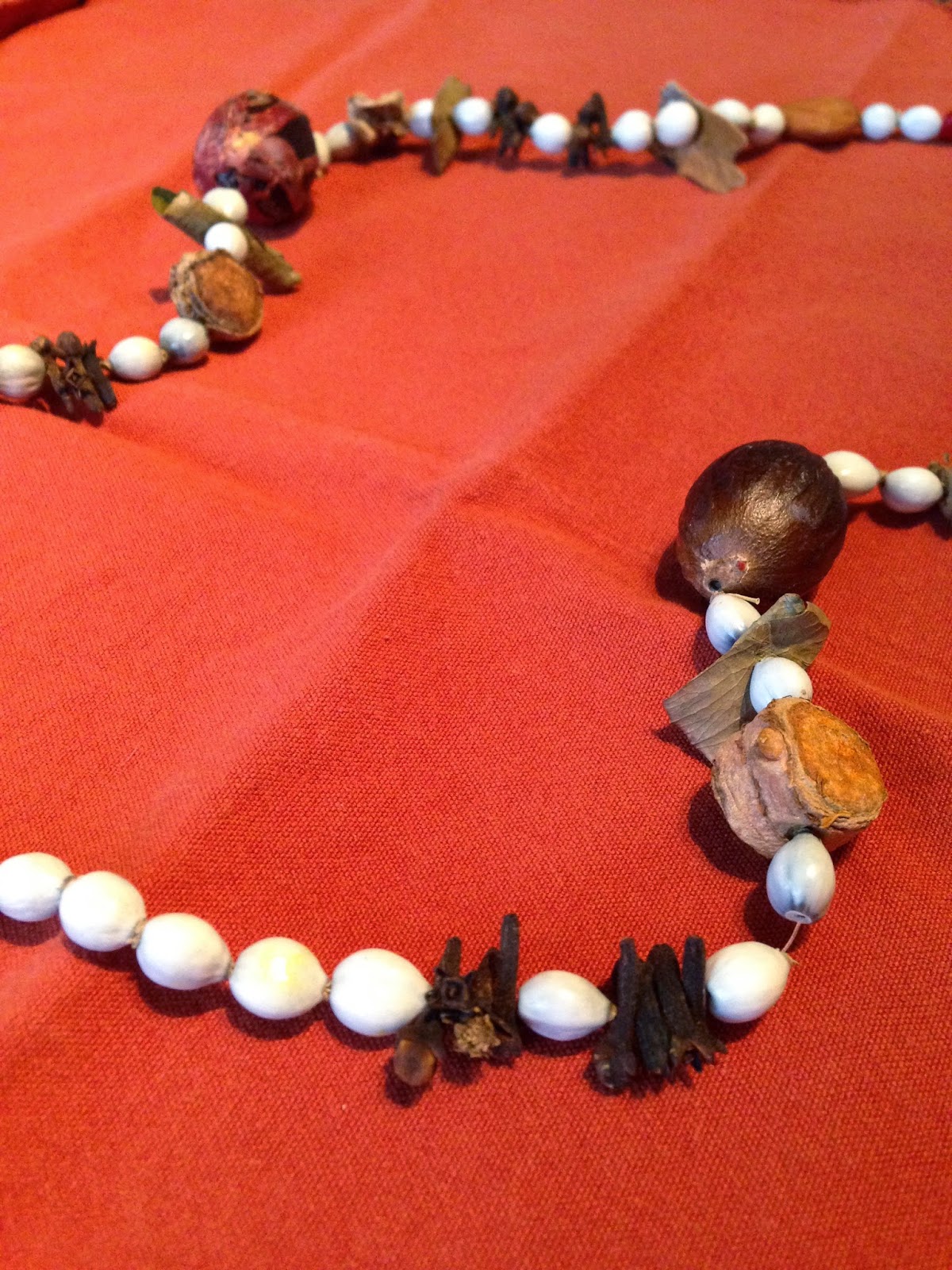 If you think you've stumbled onto the wrong blog, rest assured there is a connection to New England folklore. Job's tears were used in 19th century New England folk medicine.

Job's tears are technically the seed of the coix lachryma plant, which is native to Asia but now grows in warm climates worldwide. When the seeds are harvested they become hard and white. Mostly used for decorative purposes, various systems of folk medicine also prescribe them as cures for different ailments.

In late 19th century New England, for example, it was believed that teething children should wear Job's tears to soothe their teething pains. The folklorist Fanny Bergren documented this in Boston, Portland, Maine and in Boston, Cambridge, and Peabody, Massachusetts.

A pharmacist in Peabody sold them in his store specifically for this purpose, but local mothers also believed they could prevent or cure sore throats and diphtheria. Bergren notes that one mother brought in a string of the beads she had purchased and showed them triumphantly to the pharmacist. The beads, which were white when she bought them, were now dark and stained.

She explained to the pharmacist that the dark stains had been caused when the beads drew the diphtheria out of her sick child's body and into the necklace. The pharmacist, however, suspected it was just dirt from the child's neck. 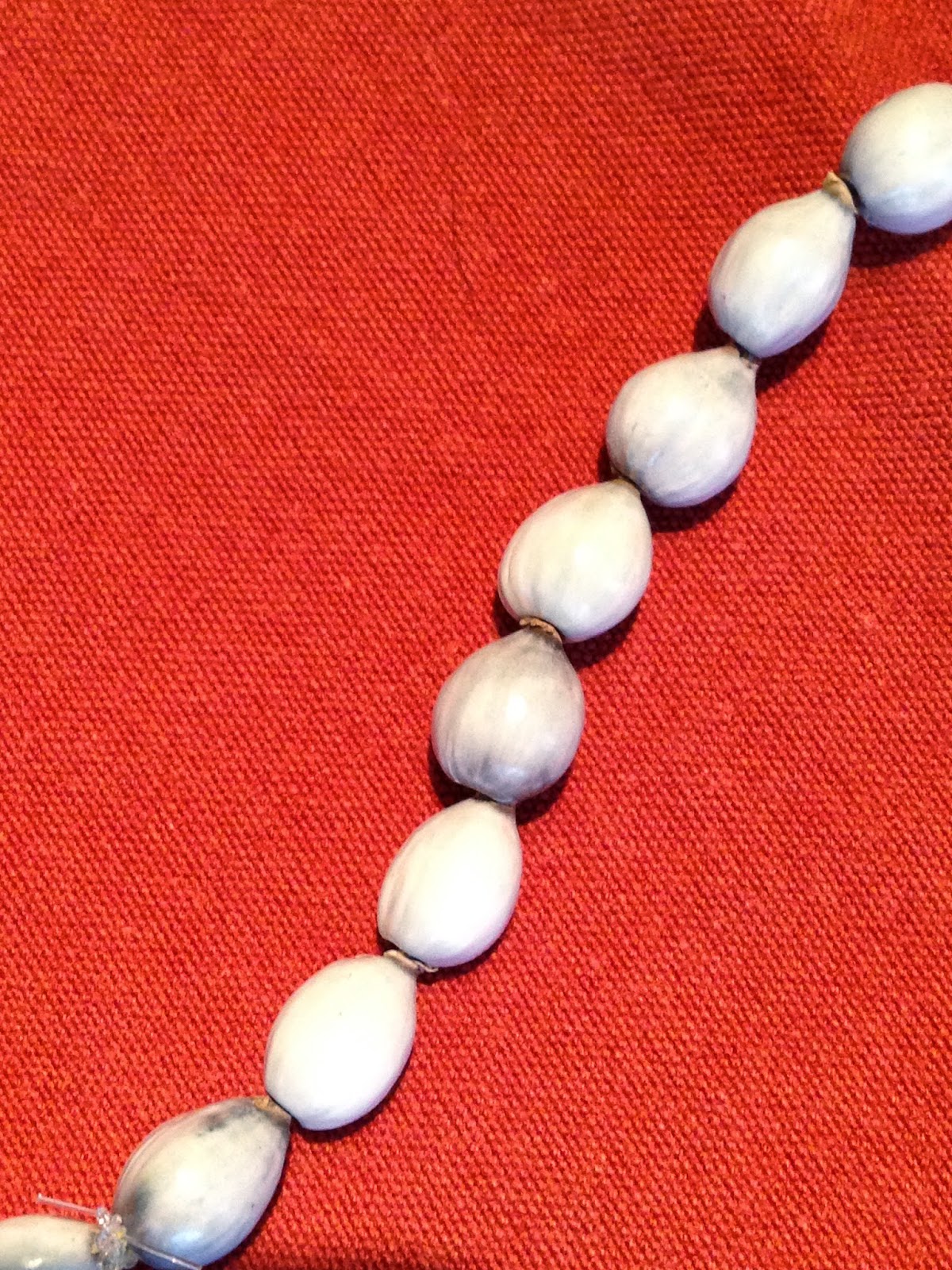 I'm not sure why people thought Job's tears would cure sore throats and diphtheria. I suppose I can understand the connection to teething babies, since the small white beads resemble baby teeth, but the sore throat connection is unclear to me. If you have any information on this please let me know!

The plant and its beads are of course named after Job, the Biblical character who suffers miserably after God and Satan decided to test his faith. They heaped a lot of suffering upon him, and although he wept a lot Job did not lose faith in God. Job's tears are also called Saint Mary's tears, Christ's tears, and David's tears. With all those Biblical connotations its no surprise they are often used to make rosaries, which seems like a better idea than using them to heal diphtheria. We now live in a world with effective vaccines, so maybe if I lived in the 19th century I would think otherwise.

I found much of the information for this post in Fanny Bergren's article, "Some Bits of Plant-Lore" in the Jan. - Mar. 1982 issue of The Journal of American Folklore.

I am 64 years old, I tell you this so you will have a reference point. My mother put a Job's Tears necklace around my neck when I began teething. She was told not to take it off me until I had all my 1st year teeth in, which she did. My mother swears that of all her children (5), I had the easiest time teething! She would have gotten them for my younger brother and sisters of she could have found one for them. Do they work? I don't know, but my 87 year old mother strongly believes they do! We love in the Adirondack Park in upstate NY.

Jobs tears have been in my family for many generations. I still grow them for the generations to come

Thank you both for the comments! Good to know some old traditions continue!