Some Thoughts on the Snow Moon

Well, the weather forecast says Boston may get another 12 to 24 inches of snow in the next couple days. I do like snow but I suppose you can have too much of a good thing.

I shouldn't be surprised that we're getting heavy snow. The moon in February is traditionally called the Snow Moon and there's a reason: February is the snowiest month in New England. In December we're all dreaming of a white Christmas but really we should all be anticipating a white Groundhog Day, Valentine's Day and Presidents Day. Note that I said anticipating, not dreading.

I don't know when the tradition of naming the different month's moons started. It's generally attributed to Native Americans but I think there have been additions and changes over time. There are multiple moon naming systems out there, but I like the one used by the The Old Farmer's Almanac:

Each name describes what is happening in the world during that particular lunar cycle. Flowers are blooming, the sturgeon are running in the rives, hunters are stalking game, etc. Or it's snowing like heck. Usually you see the name applied to the full moon (i.e. Full Snow Moon) but each moon rules over a full 28 day cycle. So according to this system we should expect snow at least through February 18. 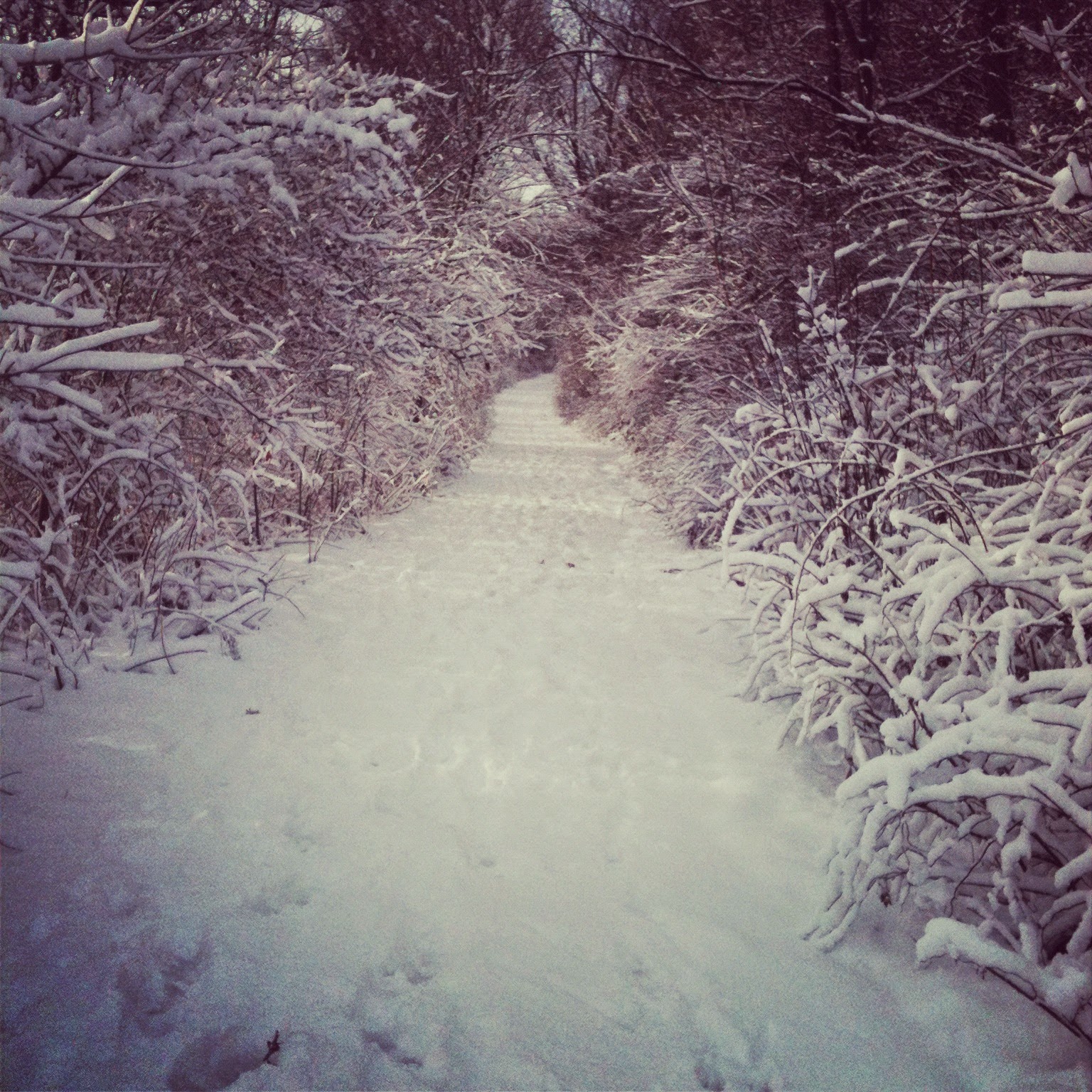 Some moons sound charming, like the Pink, Flower and Strawberry Moons. Some sound ominous, like the Hunter's, Cold and Wolf moons. The Snow Moon is sometimes ominously called the Hunger Moon, which relates directly to the seasonal subsistence pattern of the Algonquians who first lived in New England. With heavy snow on the ground it was often difficult for hunters to find game in the forest, even when traveling by snowshoe, and the food from the fall harvest might start to run low as February wore on.

Folklore from the Northern New England tribes reflect this fear of starvation. Stories from Maine, Vermont and New Hampshire tell of sorcerers who are transformed into perpetually hungry giants with an appetite for human flesh. The giants are known by several names, including chenoo, kiwakwa, or giwakwa, and are similar to the more widely known Abenaki wendigo. The cannibal giants are so hungry that they chew off their own lips, quite happily devour their own family, and have hearts made of ice. The stories about the chenoo, etc. reflect fears of starvation and cabin fever.

Other folk stories tell of hunters lost in the winter woods who are eaten by animated corpses in an abandoned hut, or of a monstrous giant hare who rules a wintry Netherworld where the dead go when they die. Clearly the Algonquians weren't walking in a winter wonderland. The Snow Moon was a scary time.

When the English settled arrive here they were at first overwhelmed by the intensity of the winters, which were much harsher than those in England. Cold, snow and starvation killed large numbers of the first settlers, and even once the colonies were well-established people would often die when they were trapped away from home during a blizzard.

But as time went on the cold and snow became less daunting, and oddly snow became something that many people looked forward to. The reason? Sleigh rides. During the winter people were able to travel quickly and smoothly between farmsteads and into towns. Winter sleigh rides were actually preferable to summer wagon trips, because snow provided a smoother traveling surface than the pitted and often muddy dirt roads that crossed New England.

I'm sure you've seen those Currier and Ives prints of people riding and even racing sleighs in charming winter landscapes. There is some truth in those images. People did race sleighs for sport, something they couldn't do with wagons in the summer. Snow could be fun.

Ironically, transportation is the reason some modern New Englanders hate snow. We have cars rather than sleighs and driving through snow can be treacherous. This year even the subway system in Boston is breaking down because there's been so much snow, ice and cold. Maybe the MBTA should buy some sleighs.

The moon in March is the Worm Moon. I look forward to the activities of the worms in the thawing soil but fervently hope we don't get as many worms as we've had snow.

Must be one missing because there is 13 moons in a year. :) Each tribal area differed on names as seasonal events differ from location to location. My thought is that counting moons seem's more accurate than the European calendars that constantly had to be adjusted. ..Bill

Thanks for the comment, Bill. If there are two full moons in one calendrical month the almanacs usually call it a Blue Moon, but that's not what you're saying. I think you raise a good point. If these moon names are really based on Algonquian lore, and if there are 13 moons each year, AND since the Algonquians didn't have a written 12 month calendar like we do, there must have been a 13th moon with its own name. I really have no idea what that would have been. This current system (which is one of many) is a more modern take on a traditional system. Maybe we've lost the name of the 13th moon?