As I read about the Salem witch trials, sometimes I feel like I'm really getting to know a particular person. Abigail Hobbs, accused of witchcraft at age 14, is one of them.

Maybe I'm just projecting my modern attitudes onto a completely different historical era, but when I read about Abigail Hobbs I get the impression of a bratty teenage Goth girl. For example, here is the transcript of one of her interrogations. The judge has asked her when she first encountered the Devil:

Judge: What did he say to you?


Abigail: He said he would give me fine things, if I did what he would have me.

Judge: What would he have you do?

Abigail: Why, he would have me be a witch.


Her use of the word "why" gives the impression that she was relaxed, and almost mocking. "Of course he wanted me to be a witch," she implies. "Why else would I be on trial?"

Before coming to Salem, Abigail Hobbs had lived with her father and stepmother in a settlement at Casco Bay in Maine. In the 1690s Maine was a dangerous frontier area, rife with wild animals and marauding Wabenaki Indians, but Abigail roamed freely outside the palisades surrounding the settlement. She even spent nights alone in the woods. 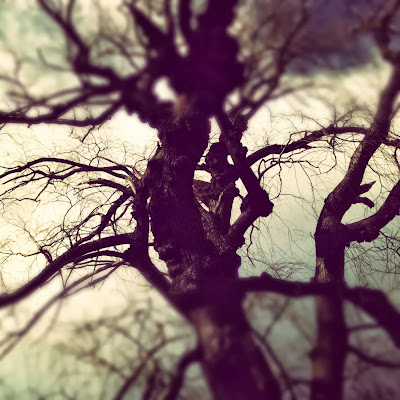 When asked by neighbors why she was unafraid outside in the dangerous forest, she replied that she had "sold herself body and soul to the Old Boy." I like to think she said this sarcastically, to scare her pious and nosey neighbors. Chadwick Hansen, in his crazy book Witchcraft at Salem, thinks Abigail Hobbs really was a witch based on statements like this. I prefer to think of her as a proto-Goth girl out to shock.

As Indian attacks made Casco Bay increasingly dangerous the Hobbs family moved south to Topsfield, Massachusetts, which is next to Salem. Abigail continued to be a wild child. She mockingly baptized her mother while at a neighbor's house, openly defied her parents in public, and told people who criticized her that she could see the Devil sitting behind them.

Needless to say, these antics soon led to Abigail being accused of witchcraft. Like most of the other accused, she soon realized that the best way to delay execution was to tell the judges what they wanted to hear. She confessed to witchcraft. She claimed she tortured and killed neighbors by sticking pins in poppets, and ate red bread and red wine at the witches' sabbat. She also accused several others of witchcraft, including John Proctor of Salem and George Burroughs, the former Salem minister who had moved to Maine.

In the fall of 1692 Abigail was sentenced to be executed, but by early 1693 the trials had collapsed and the order was never carried out. Governor Phipps signed a reprieve and Abigail was spared the hangman's noose. Unfortunately many of the people she had accused were not so lucky.

I like to think that Abigail Hobbs was a just free-spirited teenager growing up in a dangerous time. Maybe her blasphemous, screw-you attitude started out as a reaction to the unstable environment of Casco Bay, but by the time she arrived in Massachusetts people took her all too seriously.

You can read the transcripts of Abigail's trials here.

Also, if you really wanna delay the execution accuse the judge of witchcraft

You're right on both accounts!

I just found this is a relative from ancestry