Hannah Cranna, or the Witch's Funeral: A Story From Connecticut

It feels like fall is coming. It's windy and cool today, and the apple trees in my neighborhood are dropping their fruit onto the sidewalks and the paths. This weather puts me in the mood for a witch story.


After her husband of many years died, Hannah Hovey acquired the reputation for being a witch. Maybe it was because her husband, Captain Joseph Hovey, died under mysterious circumstances, being found at the bottom of a cliff with his neck broken. Maybe it was because after his death Hannah lived alone with no companion except a rooster named Old Boreas, who had the uncanny habit of crowing only at midnight. Or maybe it was just because Hannah was an irascible, demanding, cranky old woman who easily matched the stereotypical image of a witch.

Hannah used her reputation to her advantage, asking for favors and demanding food from her neighbors in Monroe, Connecticut. "If you know what's good for you, you'll give me that pie," she would threaten a farm wife who had just completed her baking. "No," she would say to a neighbor boy, "you can't fish in the stream that runs through my yard. I don't care if it is common property!"

The people of Monroe gave her the nickname "Hannah Cranna", which they thought suited her witchy personality. The educated people in town laughed at the thought of a witch living among them. After all, this was the 19th century, not the 1600s! But others whispered that the stories were true. That farm wife who refused to give Hannah a pie? She never successfully baked anything again. And the boy who fished in Hannah's stream never caught a trout again for the rest of his life. 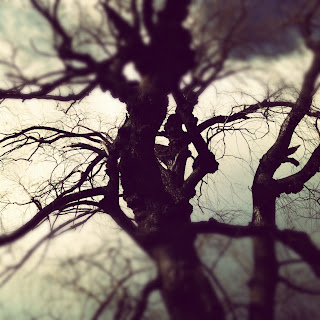 It was also said that Hannah Cranna would help out people in need - if offered the right price. A desperate farmer once came to her house on Cragley Hill and begged for her aid. There had been a drought for weeks, and his crops were dying. Hannah agreed to bring rain, but only if he pledged his soul to her. Without hesitation the desperate farmer threw himself onto her floor and gave his soul into her aged hands. It rained that very night, and the farmer's harvest was rich and bountiful.

In early January of 1860, Old Boreas crowed his last midnight crow. Hannah wept at the loss of her beloved companion, and told her neighbors that his passing meant she would soon die too.

"When I die," she said, "this is how I must be buried. My coffin must be carried by hand to the graveyard, and I must be buried after sunset. Otherwise, evil and trouble will come to this town!"

Hannah died a few days later, and a heavy snowstorm covered Connecticut. The townspeople thought it would be easiest to transport Hannah to the graveyard by sled, so they hitched two big horses to a sled and strapped her coffin to it. As the funeral procession set off the straps ripped, and Hannah's coffin slid all the way back to her house.

Perhaps this was just a coincidence. Still ignoring her dying wish, the townspeople strapped her coffin to the sled again, this time with huge iron chains. Several men climbed on top to ensure the coffin didn't budge. The procession once again set off, but the coffin shook so violently that the men were thrown to the ground, and the chains started to burst.

Admitting defeat, and realizing Hannah was just as demanding dead as alive, the men lifted the coffin onto their shoulders and trudged through the snow to the cemetery. Because of all the delays Hannah's second dying wish was followed, and she was buried just after sunset.

As the mourners returned from the cemetery they noticed a fiery glow lighting up Cragley Hill. It was Hannah's house, which had mysteriously burst into flames. The fire burned for several days. When it finally died down the cellar hole had the reputation of being haunted. Strange moans and noises were heard there, and perhaps can still be heard there today.

Hannah Hovey was a real person, who lived from 1793 to 1860. I'm not sure how much of this legend is true, but it's a great story. It's nice to read a witch story where the witch gets everything she wants!

I think it is implied that Old Boreas is her familiar, or perhaps an aspect of her own soul externalized in an animal form. The death of this animal naturally foretells her own death, an ancient motif in myth and folklore.

Burying a witch is often problematic in folktales. Usually the witch's coffin is unnaturally heavy (perhaps because of all their accumulated sin), or must be sealed with chains to prevent the Devil from stealing the body. Hannah's story comes from a later period when witches were not viewed quite so sinisterly, but her funeral still poses problems for her neighbors.

I got this story from David E. Philips book Legendary Connecticut, but you can also read about Hannah Cranna at the Monroe Historical Society page. Damned Connecticut has a nice piece about Hannah as well, including info about a possible ghost seen lurking around her grave in Gregory's Four Corners Burial Ground.